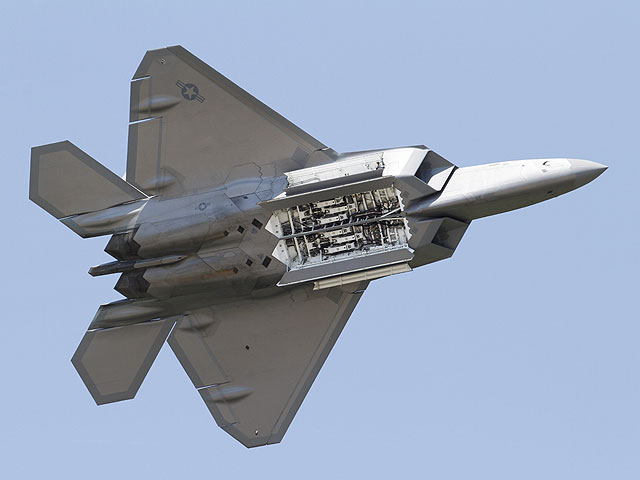 The United States has sent F-22s stealth fighter jets to South Korea Sunday as a part of a military exercise, emphasizing the U.S.'s commitment to Seoul amid an intensifying war of words with North Korea, the U.S. military said in a statement.

A United States Forces Korea (USFK) spokesperson said that F-22 Raptors were sent from Japan to South Korea in exercise "Foal Eagle," which "reinforces the U.S. commitment of its most advanced capabilities to the security of the Republic of Korea."

While military exercises are routine, the U.S. says its participation in Foal Eagle delivers a particular message as North Korea continues to threat both its southern neighbor and Washington with attacks. The blustering rhetoric out of North Korea escalated after the U.S. sent two radar-evading B-2 Spirit bombers on practice runs over South Korea on Thursday.

The USFK spokesperson added that North Korea "will achieve nothing by threats or provocations, which will only further isolate North Korea and undermine international efforts to ensure peace and stability in Northeast Asia."

F-22 stealth jets were originally built to fight an enemy that no longer exists - the Soviet Union. CBS News correspondent Steve Kroft reports about the Air Force's "technological marvel" in the video above.