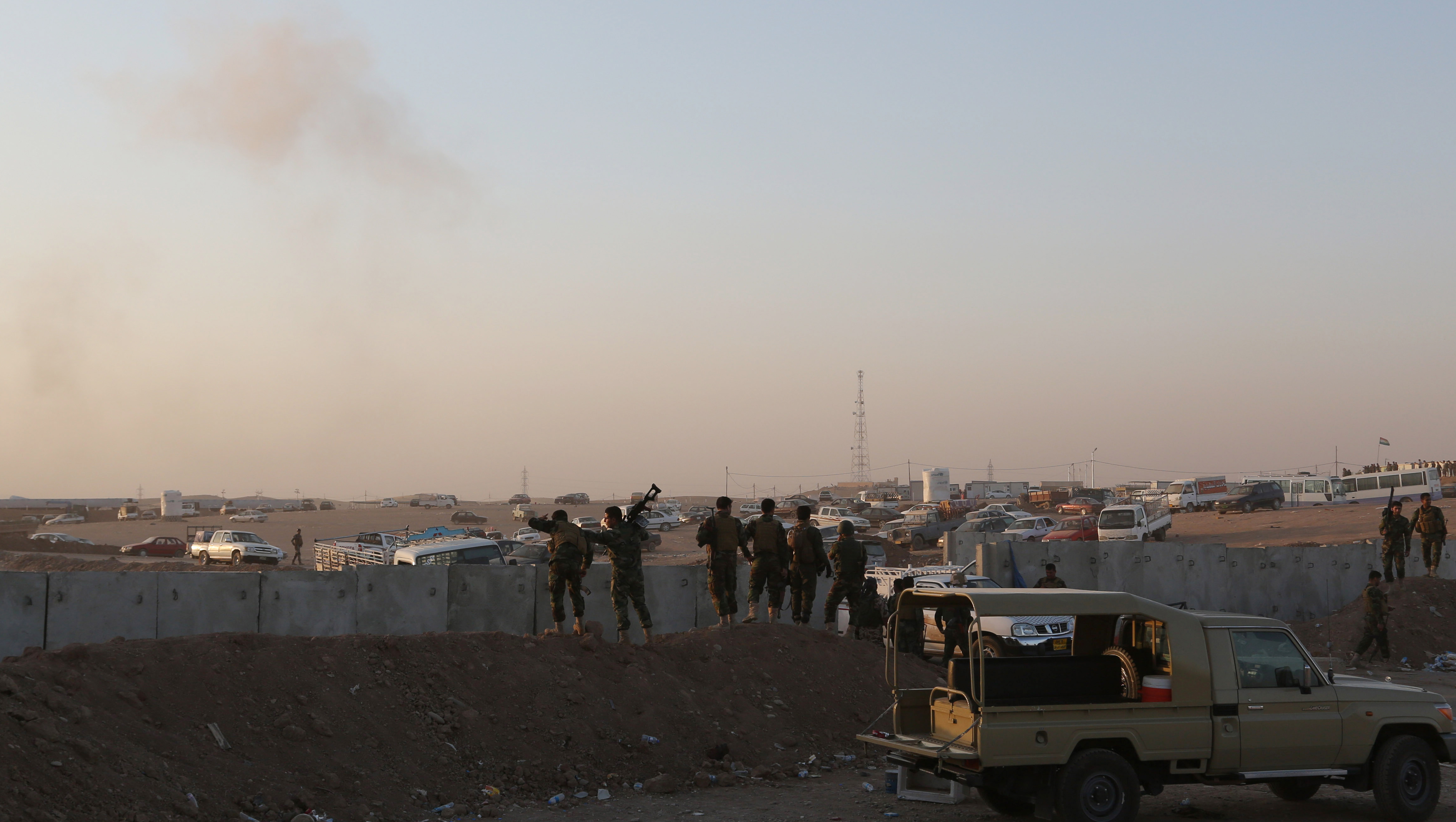 Militants from the Islamic State of Iraq and Syria, also known as ISIS, have been threatening Yazidi civilians who have fled to the Sinjar mountains in northern Iraq.

U.S. Central Command said in a statement that at about 11:20 a.m. ET, U.S. fighter jets and drones struck one of two ISIS armored personnel carriers firing on civilians near the town of Sinjar. The carrier was destroyed.

After the strike, U.S. forces tracked the second carrier as it left the area and subsequently located another carrier and an armed truck nearby, Central Command said. U.S. aircraft fired on all three vehicles at about 11:40 a.m. ET.

"All indications are that the strikes were successful in destroying their intended targets," the statement said.

At around 3 p.m. ET, U.S. aircraft located and struck another carrier in the area, Central Command said. That carrier was also destroyed, the military said.

This is the third round of airstrikes against ISIS by the U.S. military since they were authorized by President Obama.

The president also suggested the U.S. military campaign could last for several months and that the broader humanitarian mission could take even longer.

U.S. planes also have been dropping food and water supplies to the Yazidi refugees stranded on a mountaintop. Iraqi and British planes are also taking part in the humanitarian aid drop to the Yazidis, a small religious sect.

On Saturday night, the U.S. military conducted its third drop of emergency supplies to the refugees trapped on Mount Sinjar, Central Command said. It said a C-17 military transport plane and two C-130 cargo planes, supported by fighter aircraft, dropped a total of 3,804 gallons of fresh drinking water and 16,128 meals ready to eat.

The president announced his authorization of the strikes Thursday, and the first bombs began dropping Friday morning. U.S. fighter planes carried out two rounds of attacks Friday, wiping out a convoy of ISIS militants that was advancing on the Kurdish city of Erbil.