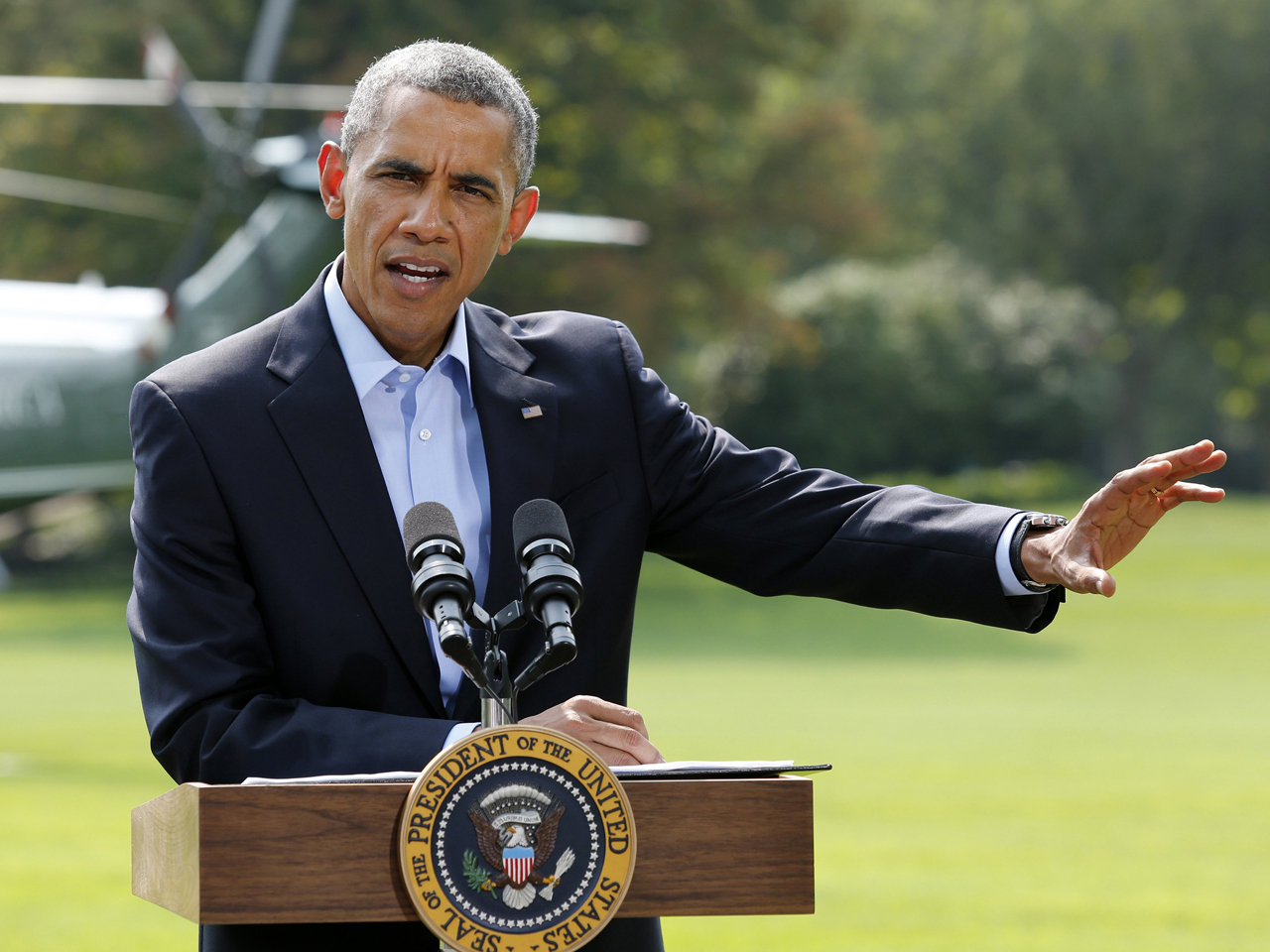 A day after American warplanes began launching airstrikes at Islamist militants in Iraq, President Obama said Saturday that those strikes "successfully destroyed arms and equipment" used by fighters with the Islamic State of Iraq and Syria (ISIS). He also suggested the U.S. military campaign could persist for several months, and that the broader humanitarian mission could take even longer.

The president said the United States has "stepped up" its military assistance to Kurdish fighters in and around Erbil, the capital of Iraq's semi-autonomous Kurdish region. Even as ISIS fighters rapidly claimed much of the country earlier in 2014, Kurdish security forces continued to hold the line against the insurgency.

As ISIS forces advanced on Erbil this week, though, the possibility that the city might fall emerged as a genuine fear. American diplomatic personnel that fled other parts of Iraq due to the fighting had clustered in Erbil, and it was in part to protect those people that Mr. Obama authorized the use of military force.

"If these terrorists threaten our facilities or our personnel, we will take action to protect our people," he said.

Mr. Obama also provided an update on U.S. humanitarian efforts in Iraq, saying American planes had conducted "two successful airdrops" to religious minorities stranded on a mountain in Northern Iraq. He said the humanitarian assistance would continue and that the leaders of Great Britain and France had agreed to join that effort.

"Once again, America is proud to act alongside our closest friends and allies," he said.

The president declined to provide a timetable for the military operation, but he acknowledged, "I don't think we're going to solve this problem in weeks...I think this is going to take some time."

He pushed Iraq's leaders to seek reconciliation by forming an inclusive government, saying that only a political solution will bring an end to the violence.

"Once an inclusive government is in place, I'm confident it will be easier to mobilize all Iraqis against [ISIS], and to mobilize greater support from our friends and allies," the president said. "Ultimately, only Iraqis can ensure the security and stability of Iraq. The United States can't do it for them, but we can and will be partners in that effort."

When he was asked whether the disintegration of Iraq after America's withdrawal of troops in 2011 offered any lessons for the imminent U.S. withdrawal from Afghanistan, Mr. Obama vehemently pushed back on what he called a "bogus" argument.

He stressed that the decision to pull out all U.S. troops in 2011 was not his decision, but that of the Iraqi government, which did not welcome a sustained U.S. presence. He said the lesson to be drawn from the violence in Iraq is not that America needs to leave more troops in Afghanistan, but that Afghanistan's leaders need to govern inclusively.

"Whether it's different ethnicities, different religions, different regions, they've got to accommodate each other, otherwise you start tipping back into old patterns of violence," the president explained. "And it doesn't matter how many U.S. troops are there -- if that happens, you end up having a mess."

Mr. Obama made the remarks from the South Lawn of the White House ahead of his departure for Martha's Vineyard for a vacation with his family.

The president announced his authorization of the strikes Thursday, and the first bombs began dropping Friday morning, striking a convoy of ISIS militants that was advancing on Erbil.

The president also addressed the military operation in Iraq in his weekly address Saturday, saying he'll do "whatever is needed" to protect American diplomatic personnel in the country.

He cited the humanitarian crisis on Sinjar Mountain, where an estimated 15,000 Yazidis - a religious minority with ties to Zoroastrianism - were trapped by ISIS fighters, unable to leave the mountain and rapidly running out of food and water.

"The food and water we airdropped will help them survive," the president said in his address. "I've also approved targeted American airstrikes to help Iraqi forces break the siege and rescue these families."

But even as he stressed the necessity of acting to prevent a massacre, Mr. Obama reiterated that the United States will not be sending ground troops back into Iraq.

"As commander-in-chief, I will not allow the United States to be dragged into fighting another war in Iraq," he said, "because there's no American military solution to the larger crisis there."