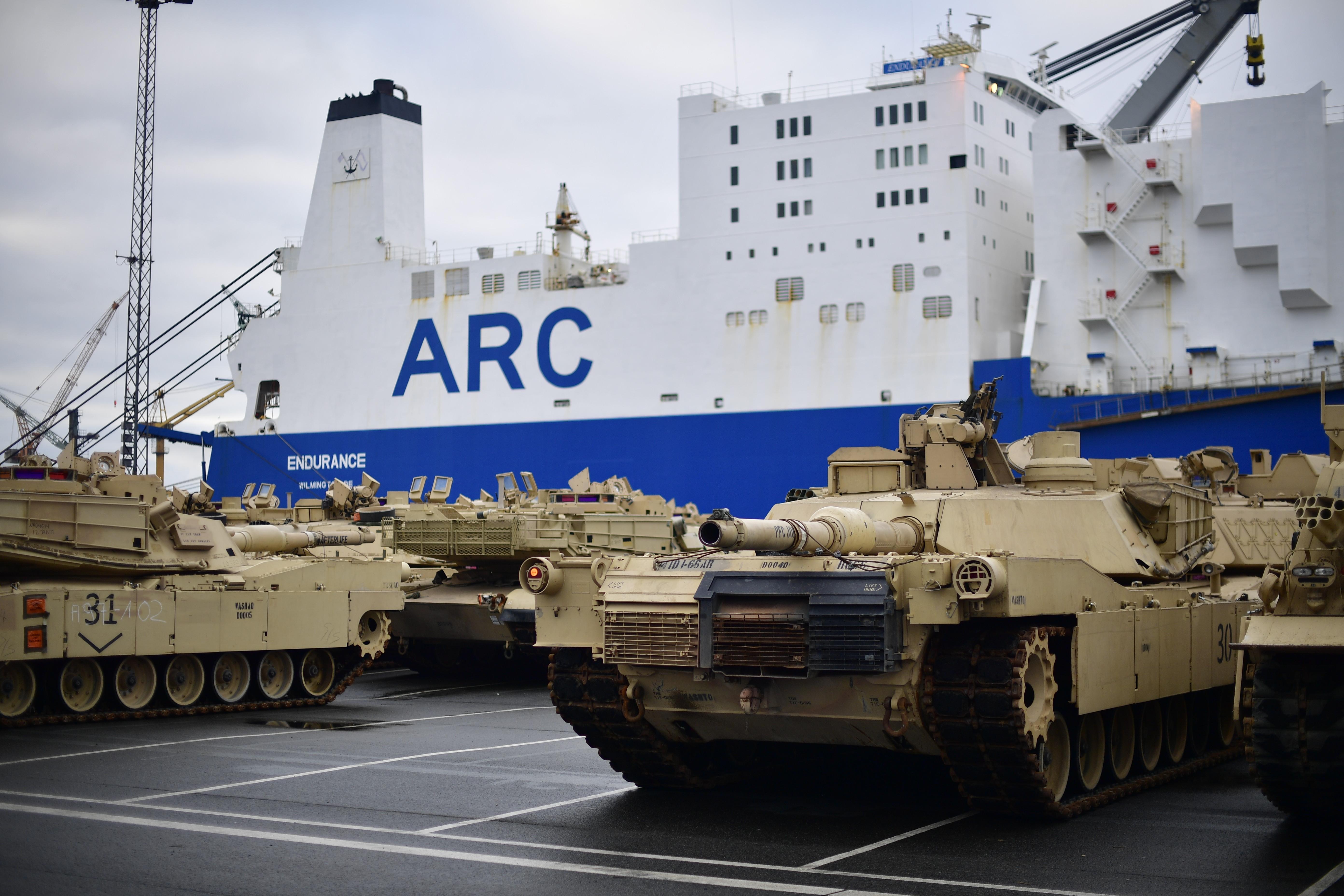 BREMERHAVEN, Germany -- Since the end of the Cold War, the U.S. has been drawing down its military presence in Europe. But at the main docks in Bremerhaven, in northern Germany, that’s no longer the case. In fact, CBS News correspondent Elizabeth Palmer reports, quite the reverse is the order of the day.

All the massive hardware of a U.S. combat brigade arrived in Germany over the weekend, and started rolling east toward Poland, where 4,000 American soldiers will be waiting for it.

It is the first build-up of American troops and weapons in Europe in almost 30 years, and as Palmer reports, the impressive display of military might is meant, in large part, to reassure America’s nervous allies in Europe that the U.S. military will be there, standing with them, against any Russian aggression.

Aggression, and land grabs, like the 2014 invasion of Crimea, when Russian troops landed in what had been Ukraine and seized the ground for the Kremlin.

America’s response, manifested with the new deployment, has been to increase both its own force in Europe, and its support of NATO.

However, incoming U.S. President Donald Trump has suggested NATO is obsolete, and said he wants to restore good relations with Russia.

Palmer asked Major General Timothy McGuire how quickly the new president could, as a gesture of good will towards Russia, turn the whole deployment to eastern Europe around and pull them out.

“I’m not going to speculate on what the incoming president may or may not do, but I will tell you this is in the interests of the United States Army, to build readiness,” McGuire replied.

The new commander-in-chief could reverse it all, of course, but Palmer says that would take months, or even years.

Meanwhile, Russian President Vladimir Putin has already indicated that he views the American build-up as pointless.

It’s “stupid and unrealistic,” he said, to think that Russia would attack anyone. But the American military and its NATO allies believe a little extra deterrence won’t hurt.

Once all the troops and equipment of the combat brigade reach their final destinations, at various places in eastern Europe, they will start a series of big multinational exercises with other NATO armies.

The Kremlin said Monday that discussions would begin with Mr. Trump’s administration after his inauguration to determine a time for his first meeting with Putin.

The seat of Russian power also said it was looking forward to putting the current period of tension behind it, suggesting Mr. Trump would usher in “more sober experts.”