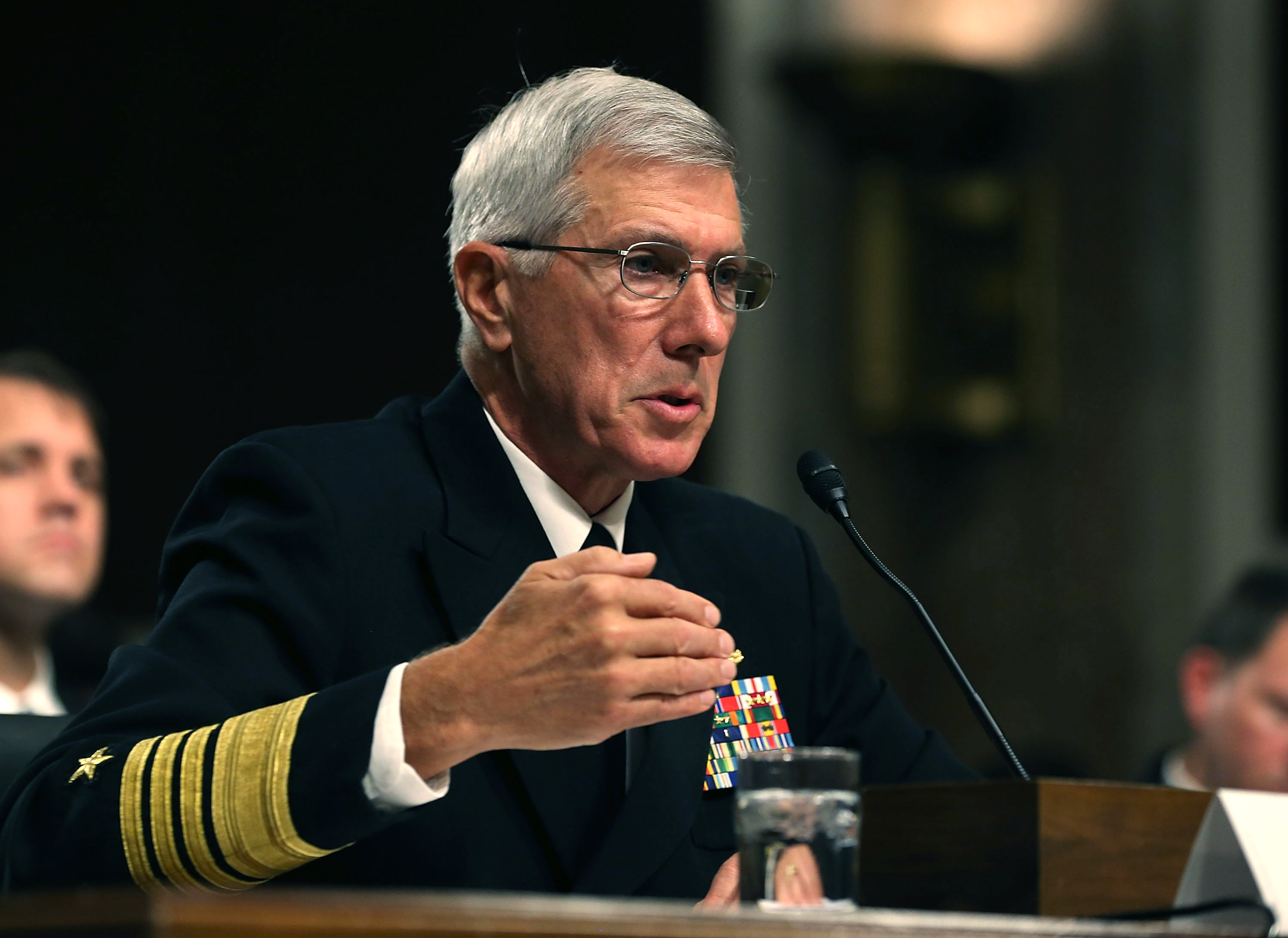 WASHINGTON U.S. defenses could intercept a ballistic missile launched by North Korea, the top U.S. military commander in the Pacific said Tuesday, as the relationship between the West and the communist government hit its lowest ebb since the end of the Korean War.

The admiral said Pyongyang's pursuit of nuclear weapons and long-range ballistic missiles represents a clear threat to the United States and its allies in the region.

During an exchange with Sen. John McCain, R-Ariz., Locklear said the U.S. military has the capability to thwart a North Korean strike, but he said a decision on whether a missile should be intercepted should be based on where it is aimed and expected to land.

"I believe we have the ability to defend the homeland, Guam, Hawaii and defend our allies," said Locklear, who added that it wouldn't take long to determine where a missile would strike.

Locklear concurred with McCain's assessment that the tension between North Korea and the West was the worst since the end of the Korean War in the early 1950s. But the admiral insisted that the U.S. military and its allies would be ready if North Korea tried to strike.

He said North Korea is keeping a large percentage of its combat forces along the demilitarized zone with South Korea, a position that allows the North to threaten U.S. and South Korean civilian and military personnel.

Locklear told the panel, "The continued advancement of the North's nuclear and missile programs, its conventional force posture and its willingness to resort to asymmetric actions as a tool of coercive diplomacy creates an environment marked by the potential for miscalculation. ..."

Increasingly bellicose rhetoric has come from Pyongyang and its leader, with North Korea urging foreign companies and tourists to leave South Korea and warning that the countries are on the verge of a nuclear war.

The U.S. embassy in Seoul tells CBS News its security status is unchanged, despite Tuesday's warning. It says it's not telling Americans to evacuate, and Secretary of State John Kerry is still scheduled to visit Friday, reports CBS News correspondent Margaret Brennan.

Still, North Korea's earlier warning that it won't be able to guarantee the safety of foreign diplomats after April 10 has raised fears that it will conduct a missile or nuclear test on Wednesday, resulting in U.S. retaliation. South Korea's military has reported missile movements on North Korea's east coast but nothing pointed toward South Korea.

But, as Brennan reports, North Korea has not filed the customary Notice to Airmen - a procedure it usually takes before a test - leading to further uncertainty about whether they will follow through on their threats.

At the White House, spokesman Jay Carney brushed off the North's declaration that nuclear war was imminent as "more unhelpful rhetoric" and part of a pattern of combative statements and behavior that Pyongyang's leadership has demonstrated for years. He said the U.S. was working with Seoul and Tokyo on the issue.

"It is unhelpful, it is concerning, it is provocative," Carney said.

Senate Armed Services Committee Chairman Carl Levin, D-Mich., told Locklear that the North Korean government's threats "appear to exceed its capabilities, and its use of what capabilities it has against the U.S. or our allies seems highly unlikely and would be completely contrary to the regime's primary goal of survival."

"Nonetheless, its words and actions are not without consequences," Levin said.

The Democrat questioned the Obama administration's decision to delay a long-scheduled operational test of an intercontinental ballistic missile amid the North Korea rhetoric.

Locklear said he agreed with the decision to delay the test.

"We have demonstrated to the people of the region, demonstrated to the leadership of North Korea, our ability and willingness to defend our nation, our people, our allies and our forward deployed forces," Locklear said, citing other steps the U.S. military has taken in recent weeks.

The U.S. has moved two of the Navy's missile-defense ships closer to the Korean peninsula, and a land-based system is being deployed to the Pacific territory of Guam. The U.S. also called attention to the annual U.S.-South Korean military exercise that included a practice run over South Korea by B-2 stealth bombers.

Levin mentioned that President Barack Obama recently talked to China's new president, Xi Jinping, about the U.S. efforts to deal with North Korea. Locklear said he has not had similar conversations with his Chinese counterparts.

In an exchange with Sen. Angus King, I-Maine, Locklear acknowledged a hotline connection between Washington and Beijing similar to what existed with Moscow during the Cold War, and said both sides need to move forward in continuing conversations.

Locklear told Levin that he would explore the possibility of making direct contact with his military counterparts in China and communicate with them the seriousness of the situation on the Korean peninsula.

Reflecting the uneasy relationship, Sen. Lindsey Graham, R-S.C., asked Locklear if he considers China a "friend or a foe." Locklear said neither.

"I consider (China), at this point in time, someone we have to develop a strategic partnership with to manage competition between two world powers," Locklear said.

Locklear said Kim Jong Un has adopted pages from the playbook used by his father, Kim Jong Il, but his approach differs in a significant way. Kim Jong Un's father, as well as his grandfather, Kim Il Sung, made sure they had "off ramps" that gave them a way to exit a confrontation, particularly if the U.S. and its allies were willing to offer concessions. Kim Jong Un, Locklear said, appears not to have given himself channels that would help him ratchet down the tensions.

The admiral described Kim Jong Un as "an impetuous young leader (who) continues to focus on provocation rather than on his own people."

The scope of Locklear's responsibilities as the top officer at Pacific Command extend beyond the Korean peninsula, and he told the committee that his command is closely watching the proliferation of submarines among countries including China and Vietnam. Locklear said there are an estimated 300 submarines being operated around the world, although he noted that no country there has an undersea force as capable as the United States'.