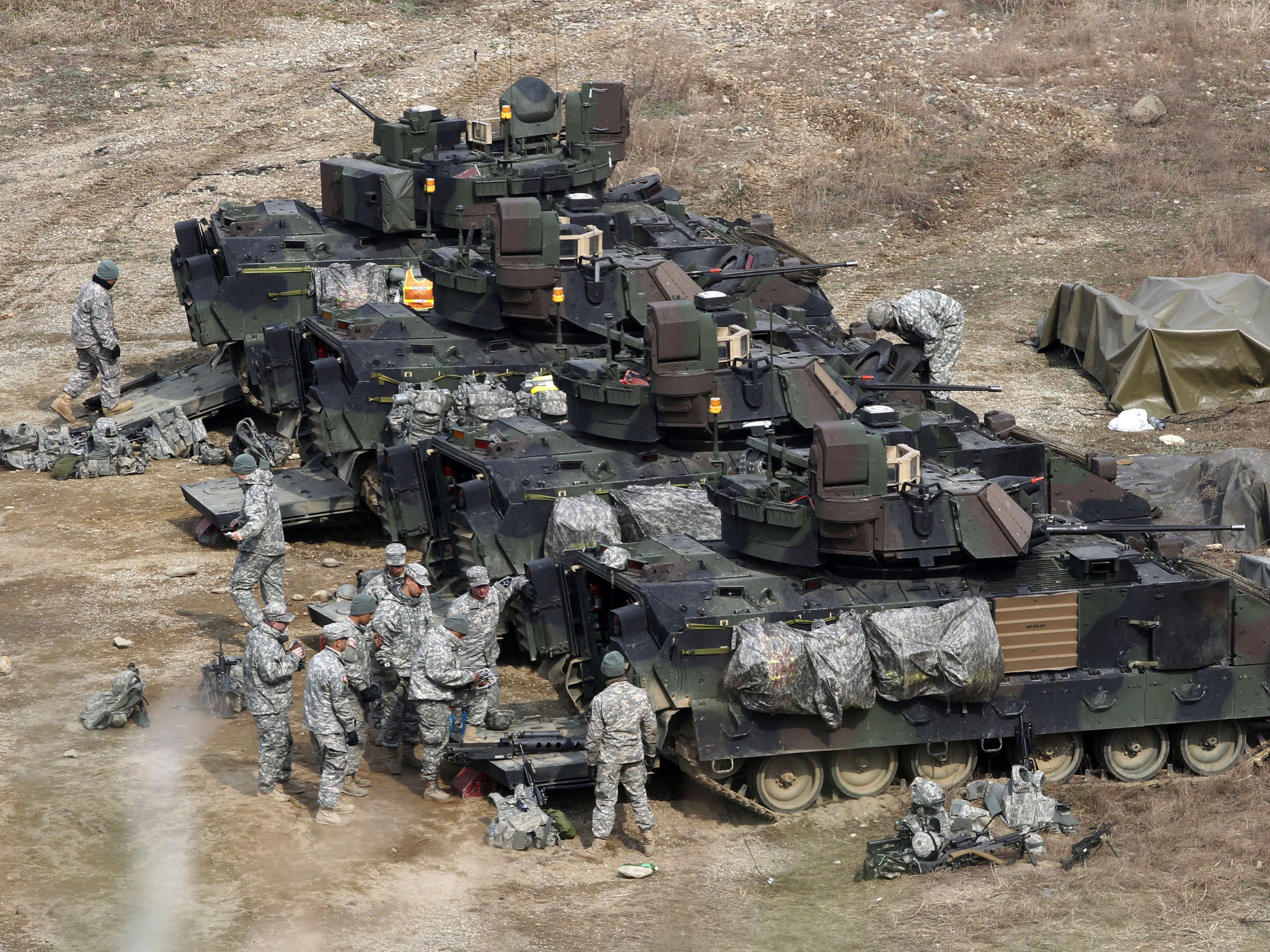 SEOUL, South Korea North Korea is urging all foreign companies and tourists in South Korea to evacuate or find out where they can take shelter because it says the rival Koreas are on the eve of a nuclear war. The new threat appeared to be an attempt to keep the region on tenterhooks over its intentions.

Analysts see a direct attack on Seoul as extremely unlikely, and there are no overt signs that North Korea's 1.2 million-man army is readying for war, let alone a nuclear one.

The U.S. embassy in Seoul tells CBS News its security status is unchanged, despite Tuesday's warning. It says it's not telling Americans to evacuate, and Secretary of State John Kerry is still scheduled to visit Friday, reports CBS News correspondent Margaret Brennan.

Still, North Korea's earlier warning that it won't be able to guarantee the safety of foreign diplomats after April 10 has raised fears that it will conduct a missile or nuclear test on Wednesday, resulting in U.S. retaliation. South Korea's military has reported missile movements on North Korea's east coast but nothing pointed toward South Korea.

But, as Brennan reports, North Korea has not filed the customary Notice to Airmen - a procedure it usually takes before a test - leading to further uncertainty about whether they will follow through on their threats.

The United States and South Korea have raised their defense postures, and so has Japan, which deployed PAC-3 missile interceptors in key locations around Tokyo on Tuesday as a precaution against possible North Korean ballistic missile tests.

"The situation on the Korean Peninsula is inching close to a thermonuclear war due to the evermore undisguised hostile actions of the United States and the south Korean puppet warmongers and their moves for a war against" the North, said a statement by the North Korean Asia-Pacific Peace Committee, an organization that deals with regional matters.

The statement is similar to past threats that analysts call an attempt to raise anxiety in foreign capitals. Observers say a torrent of North Korean prophecies of doom and efforts to raise war hysteria are partly to boost the image of young and relatively untested leader Kim Jong Un at home, and to show him as a decisive military leader.

Another reason could be to use threats of war to win Pyongyang-friendly policy changes in Seoul and Washington.

Also Tuesday, a factory complex that is North Korea's last major economic link with the South was a virtual ghost town after Pyongyang suspended its operations and recalled all 53,000 of its workers in more of its recent war-like posturing.

The work stoppage at the Kaesong industrial complex, the biggest employer in the North's third-biggest city and a source of much-needed hard currency, shows that Pyongyang is willing to hurt its own shaky economy in order to display its anger with South Korea and the United States.

Only a few hundred South Korean managers remained at the facility, which has been run for the past decade with cheap North Korean labor and South Korean capital and know-how. The managers have not been forced to leave the complex, located just north of the Demilitarized Zone.

One manager said he and his colleagues are subsisting on instant noodles but planned to stay and watch over company equipment as long as their food lasted. Some of those who chose to leave were seen departing in cars overloaded with finished products.

The Kaesong complex is the last symbol of inter-Korean rapprochement projects from previous eras of cooperation. Other projects, such as reunions of families separated by war and tours of a scenic North Korean mountain stopped in recent years.

Tourists continued to arrive in Pyongyang despite the war hysteria.

Mark Fahey of Sydney, Australia, said he was not concerned about a possible war.

"I knew that when I arrived here it would probably be very different to the way it was being reported in the media," he told The Associated Press at Pyongyang airport. He said his family trusts him to make the right judgment but "my colleagues at work think I am crazy."

Chu Kang Jin, a Pyongyang resident, said everything is calm in the city.

"Everyone, including me, is determined to turn out as one to fight for national reunification ... if the enemies spark a war," he said, in a typically nationalist rhetoric that most North Koreans use while speaking to the media.

"We know that foreigners residing in South Korea as well as our nationals are unfazed," she said.

South Korean President Park Geun-hye, who has sought to re-engage North Korea with dialogue and aid since taking office in February, expressed exasperation Tuesday with what she called the "endless vicious cycle" of Seoul answering Pyongyang's hostile behavior with compromise, only to get more hostility.

U.N. Secretary-General Ban Ki-moon on Tuesday described the tensions as "very dangerous," and said that any small incident caused by miscalculation may "create an uncontrollable situation."