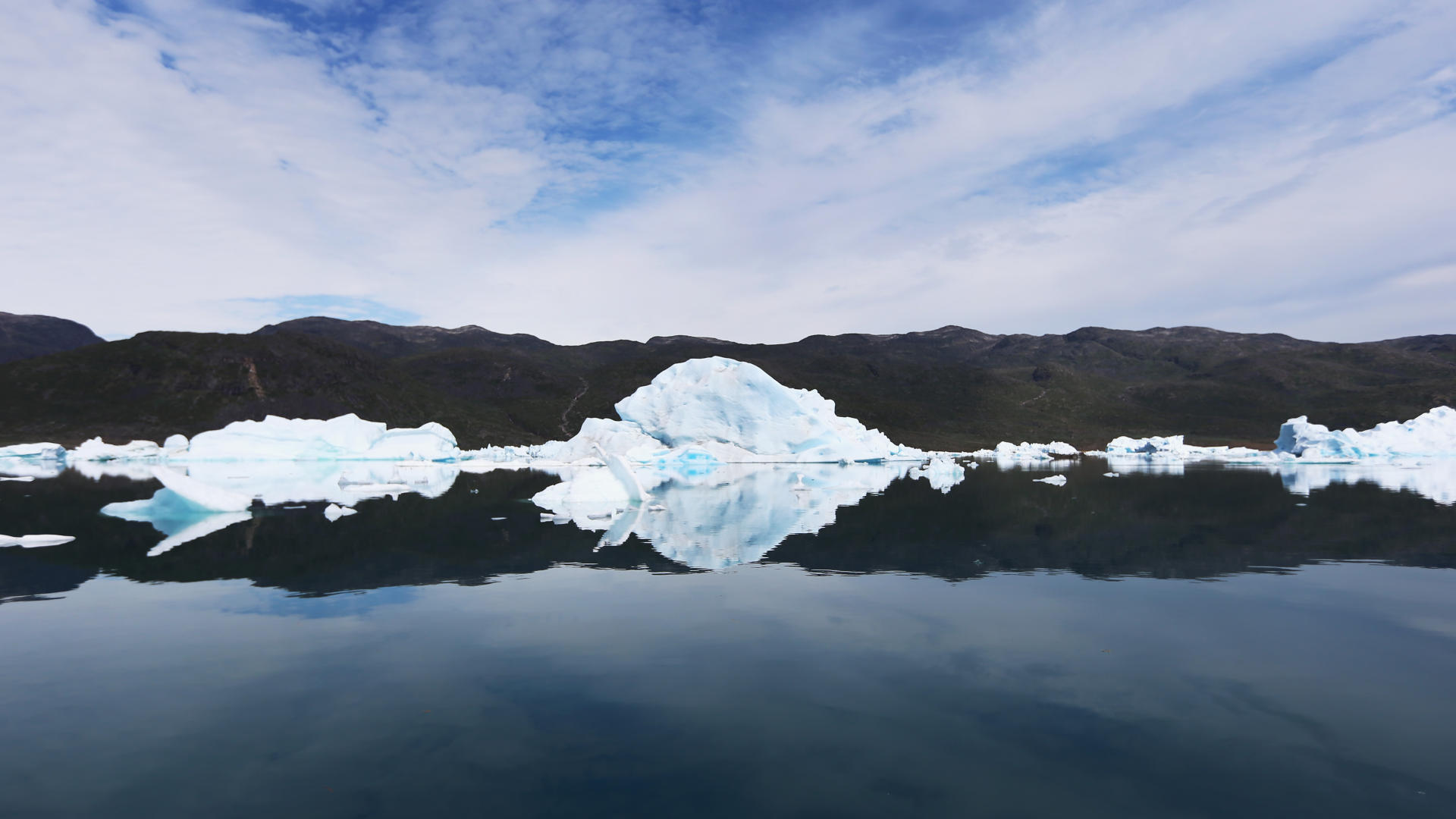 The Secretary General of the United Nations toured Greenland on Wednesday for an up-close look at the impacts of climate change.

"I am deeply alarmed by fast-moving glaciers and by the fast-melting ice cap which raises the sea level, which affects the whole international community's environmental system," said Ban Ki-moon, according to a U.N. press release.

Greenland is home to more than 10 percent of the world's freshwater reserves, stored in the ice sheet. As global sea levels and temperatures rise, the ice sheet has been losing more than 10 billion tons of ice each year since 2003.

The Secretary-General joined Greenland Premier Aleqa Hammond and the Prime Minister of Denmark, Helle Thorning-Schmidt, on a tour of the town of Uummannaq before joining locals on a dog-sled outing and visiting a church.

Locals told the officials that the nearby ice fjord used to stay frozen for six months each year. Now, it's frozen for four.

The visit came in preparation for the next UN climate summit, which will convene on September 23, 2014, in New York. It's expected to focus on early-action strategies that could mitigate the effects of climate change.

"Currently, the inter-related post-2015 development and climate processes present an unprecedented opportunity to advance sustainable development," says the summit's website. "Eradicating poverty and restructuring the global economy to hold global temperature rise below 2 degrees Celsius are goals that -- acted on together -- can provide prosperity and security for this and future generations."
These are lofty goals, especially in light of a European Union study published March 24. The study shows that in 2012, 11 countries within the EU emitted more air pollutants than legally allowed under the EU's National Emission Ceilings Directive. The most commonly over-emitted pollutant, according to the study, was nitrogen oxide. France, Germany, Austria, Belgium, Ireland and Spain are amongst the offenders, but the levels of pollutants emitted there pale in comparison to the levels in developing nations.

Even if the UN and individual countries do curtail emissions, it is more difficult to deal with the long-term impacts of the damage already done. In November, a World Meteorological Organization report concluded that greenhouse gas concentrations are at a record high. "CO2 lingers in the atmosphere for hundreds if not thousands of years... Most aspects of climate change will persist for centuries even if emissions of CO2 are stopped immediately," the report said.