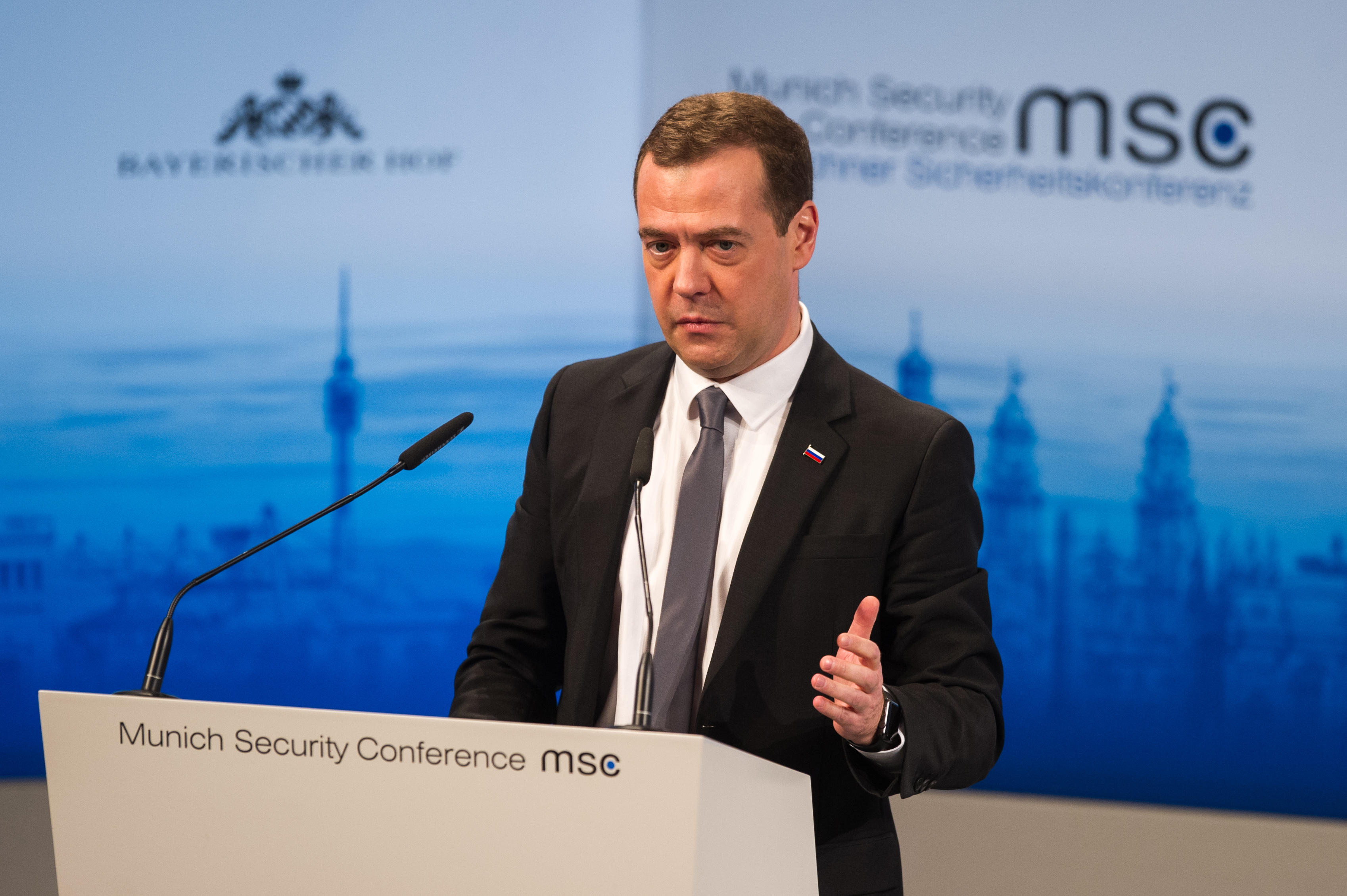 Russian Prime Minister Dmitry Medvedev said in a statement Wednesday that new U.S. economic sanctions against his country are tantamount to the declaration of a "full-fledged economic war."

The sanctions, passed by both houses of congress and signed into law by U.S. President Donald Trump, were aimed at punishing Russia for alleged interference in the 2016 U.S. presidential elections, as well as its actions in Ukraine, and included measures against Iran and North Korea.

"I favor tough measures to punish and deter bad behavior by the rogue regimes in Tehran and Pyongyang. I also support making clear that America will not tolerate interference in our democratic process, and that we will side with our allies and friends against Russian subversion and destabilization," Mr. Trump said.

"Still, the bill remains seriously flawed," he continued. "Particularly because it encroaches on the executive branch's authority to negotiate."

Medvedev said in the statement posted to his Facebook page that by signing the bill, "the Trump administration has shown its total weakness by handing over executive power to Congress in the most humiliating way. This changes the power balance in US political circles."

"Relations between Russia and the United States are going to be extremely tense regardless of Congress' makeup and regardless of who is president," Medvedev continued.

On Thursday, Mr. Trump tweeted that the relationship between the United States and Russia is at an "all-time and very dangerous low."

The U.S. president's signature came after some speculation that he could veto or not sign the legislation, which passed both chambers of Congress in overwhelming votes. Vice President Mike Pence and other White House officials had signaled, however, that Mr. Trump planned to sign the bill into law.