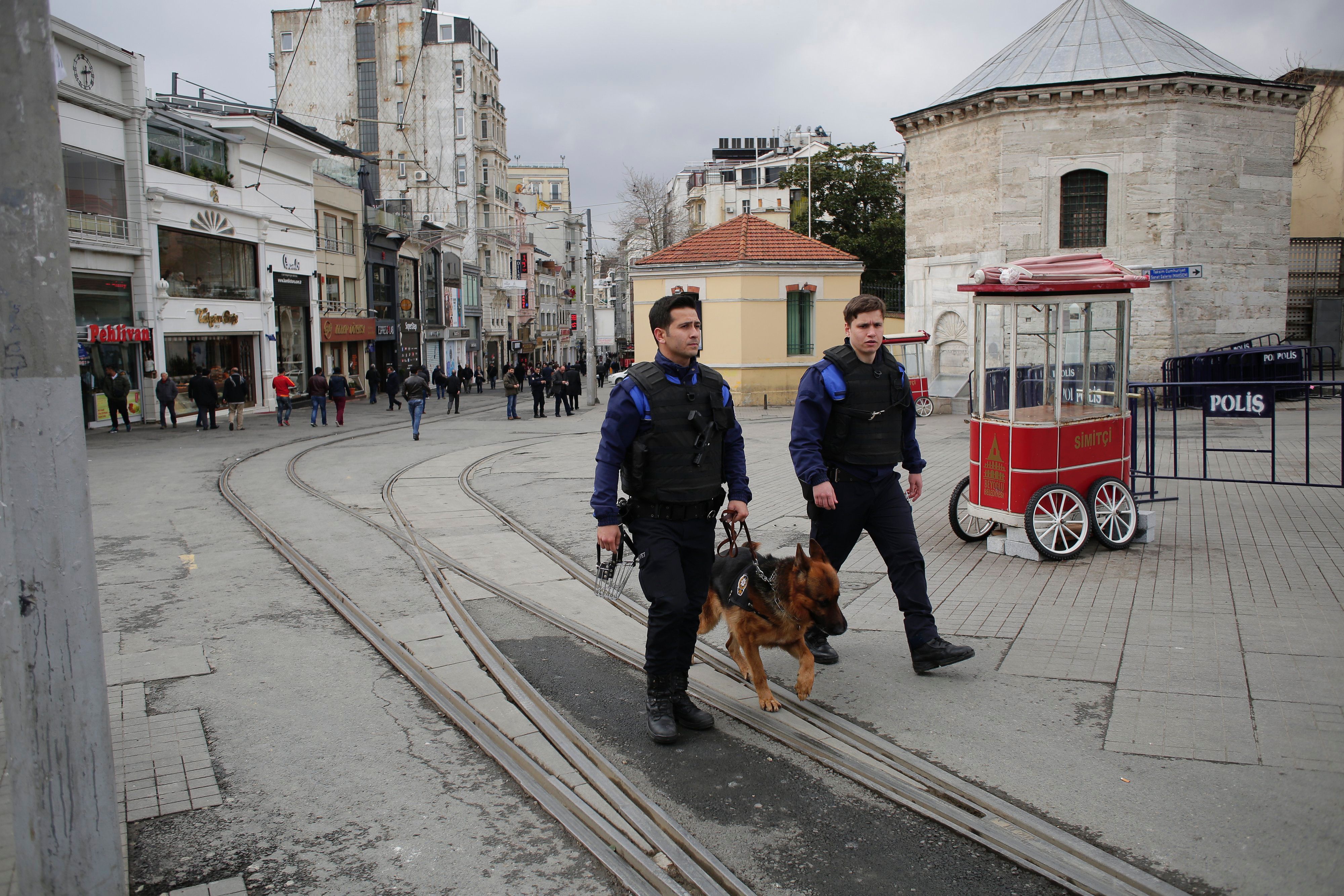 ISTANBUL -- Turkey's state-run news agency said Monday that police were searching for three suspected Islamic State of Iraq and Syria (ISIS) militants allegedly planning to carry out a "sensational" act in the country that has already been rocked by six suicide bombings since the summer.

The Anadolu Agency, citing unnamed security sources, said the three -- identified as Haci Ali Durmaz, Yunus Durmaz and Savas Yildiz -- are members of a local cell linked to ISIS and that all provincial police departments had been urged to capture them.

The search comes two days after an ISIS suicide bomber killed himself, two Israeli-Americans, an Israeli and an Iranian on Istanbul's busiest pedestrian shopping street.

Authorities on Sunday postponed a soccer game between Istanbul rivals Galatasaray and Fenerbahce over an unspecified terror threat. The Istanbul governor's office said it was canceled following "the assessment of serious intelligence."

Turkish Interior Minister Efkan Ala said the bomber behind Saturday's attack in Istanbul was a Turkish citizen identified as Mehmet Ozturk, who was born in 1992 in Gaziantep province, which borders Syria. He said Ozturk wasn't on any list of wanted suspects and five other people were detained as part of the investigation.

On Jan. 12, an attack that Turkish authorities blamed on ISIS claimed the lives of a dozen German tourists visiting Istanbul's historic sites. That attack delivered a bitter blow to the country's vital tourism sector.

The deadliest came in October when a bombing at a peace rally outside Ankara's main train station killed 102 people.