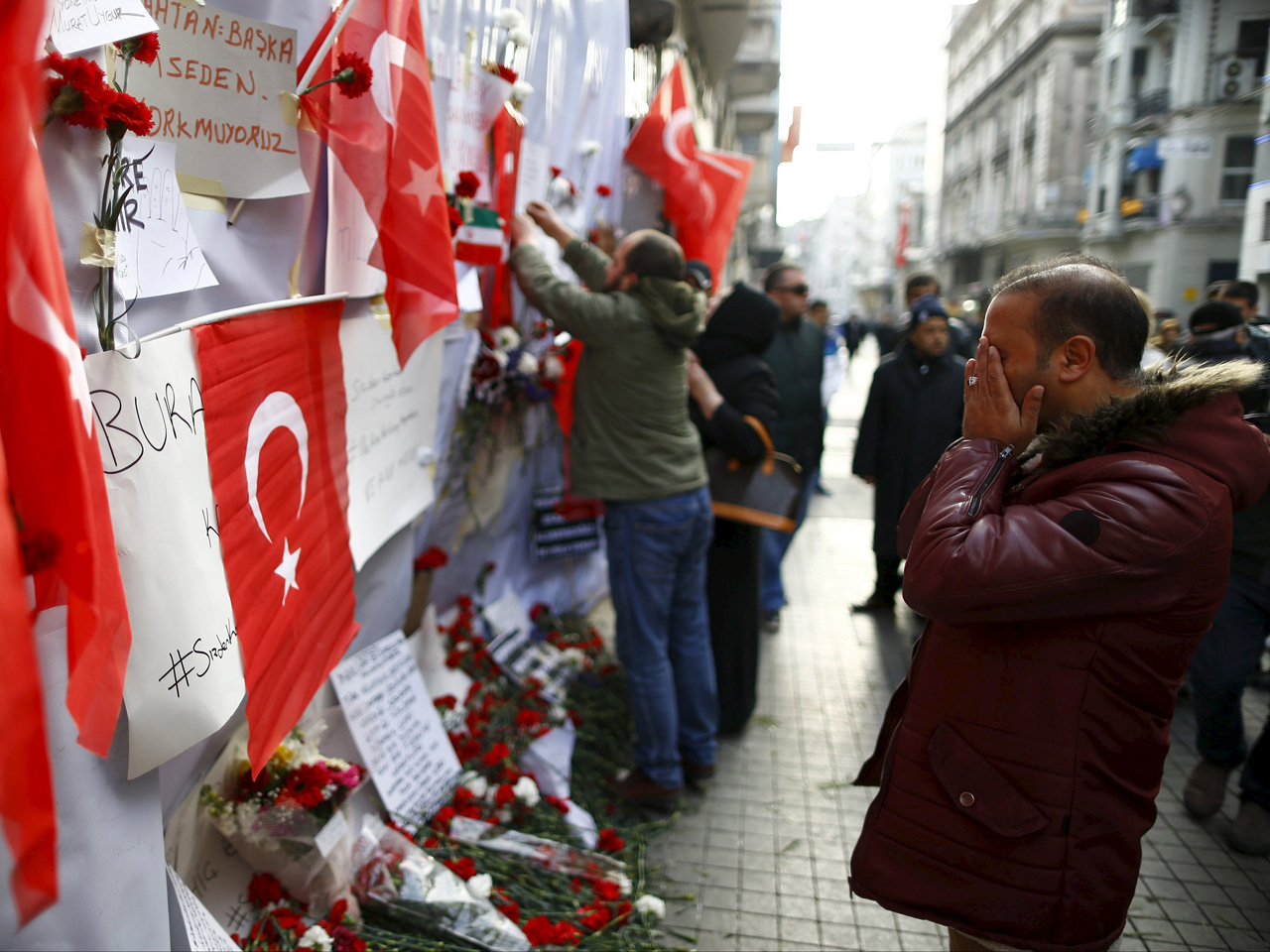 ISTANBUL - Turkey's interior minister on Sunday identified the suicide bomber who killed four foreign tourists in Istanbul as a militant with links to the Islamic State of Iraq and Syria (ISIS.)

Minister Efkan Ala said the bomber was Turkish citizen Mehmet Ozturk, who was born in 1992 in Gaziantep province, which borders Syria. He said Ozturk wasn't on any list of wanted suspects and five other people were detained as part of the investigation.

Saturday's explosion wounded dozens of others. Among the fatalities were two American-Israelis, another Israeli and an Iranian. The attack targeted Istanbul's pedestrian Istiklal Street, which is lined with shops and cafes in an area that also has government offices and foreign missions.

"The identity of the terrorist who carried out this reprehensible attack has been determined...The findings obtained show that the terrorist is linked to the Daesh terror organization," the minister said, using an alternative acronym for ISIS.

Turkey has endured six suicide bombing attacks in less than a year. The country faces a wide array of security threats including from ultra-left radicals, Kurdish rebels demanding greater autonomy who currently are locked in battle with security forces in the southeast, and ISIS.

Turkey is also a partner in the U.S.-led coalition against ISIS, and its air bases are being used to launch bombing runs against the group in neighboring Syria.

Two of the attacks this year hit the Turkish capital, Ankara. An offshoot of the banned Kurdistan Workers' Union claimed the Feb. 17 car bombing that killed 29 people and the March 13 suicide bombing that killed 37 people. On Jan. 12, an attack that Turkish authorities blamed on IS claimed the lives of a dozen German tourists visiting Istanbul's historic sites. That attack delivered a bitter blow to the country's vital tourism sector.

Ala said Turkey was determined to press ahead with its fight against extremist groups, but admitted it was difficult to prevent suicide attacks.

"We are working so that they do not happen," the minister said.

"The terror groups and the forces behind them will sooner or later in the end be beaten," Erdogan said.

On Sunday, well-wishers placed carnations and candles at the scene of the attack, with one placard reading "We are on the streets, we are not afraid of you."

Earlier, Israeli authorities raised the number of Israelis killed in the bombing to three, among them two who also hold American citizenship.

The third victim was identified Sunday as Avraham Goldman, 69, from Herzliya. The two others are Simha Damari, 60, from Dimona and Yonata Shor, 40, from Tel Aviv.

Speaking at his weekly Cabinet meeting, Israeli Prime Minister Benjamin Netanyahu said "Terror wreaks death and destruction around the world ... The key to the moral fight against terror is to clarify that terror, the killing of innocent civilians, has no justification - not in Istanbul, not in the Ivory Coast and not in Jerusalem."

The Israelis' bodies and other Israelis wounded in the blast were being evacuated while a senior Israeli foreign ministry official headed to Istanbul for meetings with Turkish officials.

The attack came has Turkey had heightened security across the country in the run-up to the Kurdish spring festival of Newroz on March 21, which Kurds in Turkey traditionally use to assert their ethnic identity and demand greater rights.

Ala said 120,000 police and 80,000 military police were on duty during the Newroz period and more than 1,000 police checkpoints had been set up.

Pope Francis, meanwhile, sent condolences to Turkish President Tayyip Erdogan over the attack. The Vatican said Sunday the message noted that Francis was grieving for the casualties and "expresses his prayerful solidarity with all touched by this tragedy."