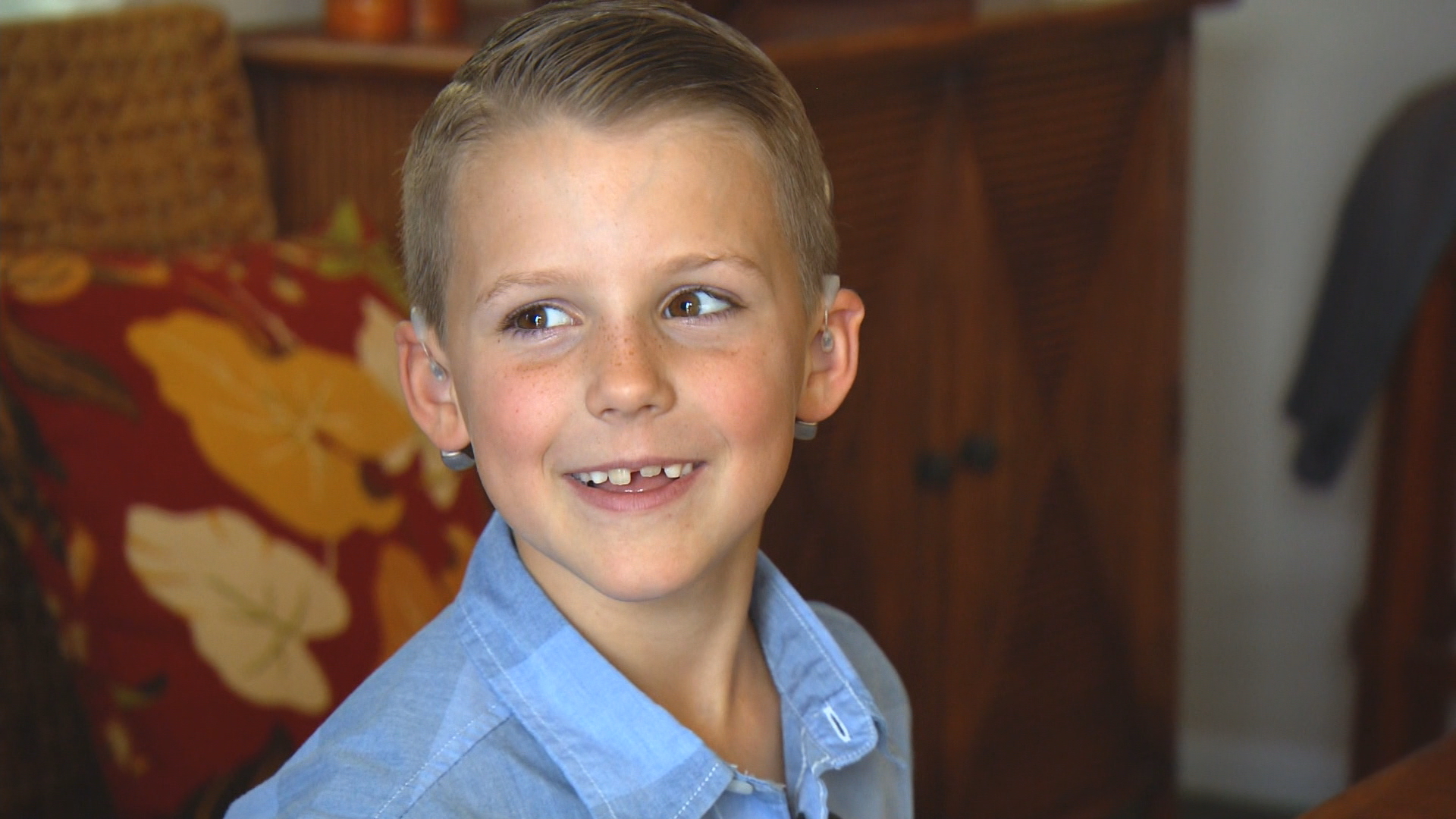 Not long after her first birthday, Ryland Whittington's parents, Jeff and Hillary, learned their child was profoundly deaf.

It wasn't until doctors put in cochlear implants that Ryland was able to hear for the first time.

"For a while there, we didn't know if Ryland would be able to talk or hear or just communicate," Hillary said.

Ryland did learn to speak, but what she had to say didn't make sense to her family, reports CBS News correspondent John Blackstone.

"This is my sister, Brynley, and I'm her brother, Ryland," Ryland is heard saying in one home video.

"Ryland started saying, 'I'm a boy.' And at the time we just thought it was cute -- it was a phase. I thought maybe I would have a tomboy," Hillary said.

"It was around three that we started to hear it, but around four years old is when it got very strong," Jeff said.

"I was avoiding it for a while. I knew that Ryland was going to have a difficult life with the cochlear implants, or at least that's what my perception was, so to add something on top of that, I just couldn't... I couldn't picture it," Jeff said.

"We could have ignored it and we could have pushed it away and said, 'No, you're a girl,' and fought it,' and we did..." Hillary said.

"But it became so persistent," Jeff added.

They say Ryland demonstrated the key markers that doctors and psychologists look for in determining if a child is transgender. At the time - like so many people - Jeff and Hillary didn't get what it meant to be transgender. Now they do.

After much research, counseling and soul-searching, Jeff and Hillary said they came to the inescapable conclusion that Ryland's gender identity didn't match the sex on her birth certificate. So at age five, Ryland began living as a boy.

Ryland said seeing pictures of himself in the past feels "a little weird." He remembers how he refused to wear clothes made for girls.

"It was a little way of showing my mom and dad that I was a boy," Ryland said. "I just had a weird feeling that I wanted to be a boy."

Dr. Stephen Rosenthal is researching the long-term outcomes of medical treatment for transgender youth, in a study funded by the National Institutes of Health.

"This is just as likely to be hard wired as sexual orientation," Rosenthal said. "There's no reason to believe that trans people haven't been around since people have been around, just like any other variation in human biology."

Rosenthal said treatment is crucial because an alarming 41 percent of transgender people attempt suicide. But new research in the Journal Pediatrics found that "children who have socially transitioned" to the gender with which they identify had normal "levels of depression and anxiety."

"We have seen so many kids who have come into our practice -- like Ryland -- who have fully socially transitioned, and family after family tell us that as soon as they enable their kid to do this, everything turned around," Rosenthal said.

For Ryland's parents, the 41-percent attempted suicide rate was a wake-up call.

"You know, would we rather have a living son or a dead daughter, and we weren't willing to play with that statistic - we'd rather have a living son," Jeff said. "I'm not kidding when I say that the child changed overnight. It was just he was so proud all of a sudden and was just so happy and just felt so comfortable, and you could just see him ease up."

To those who would place blame on the parents of transgender children, Jeff had this to say.

"It would never be something that I would push on my child. In certain ways it is and will make Ryland's life a little bit harder, and I don't want my child's life to be harder."

There are decisions ahead, including whether to eventually give Ryland male hormones.

"Thankfully, there's puberty blockers, which allow us to delay the onset of puberty for a period of time," Jeff said.

"It's important to note that we haven't done anything that isn't reversible," Hillary said.

The couple is now sharing their story in their book, "Raising Ryland," because they want Ryland to live in a world that accepts him.

"Hopefully, we just plant the seed of little conversations all over the world," Hillary said. "People can just start understanding this more."

"There's so many more people that are willing to go public with it and who are coming out and trying to help this world understand and so I think we'll get there. We'll get there," Jeff said.