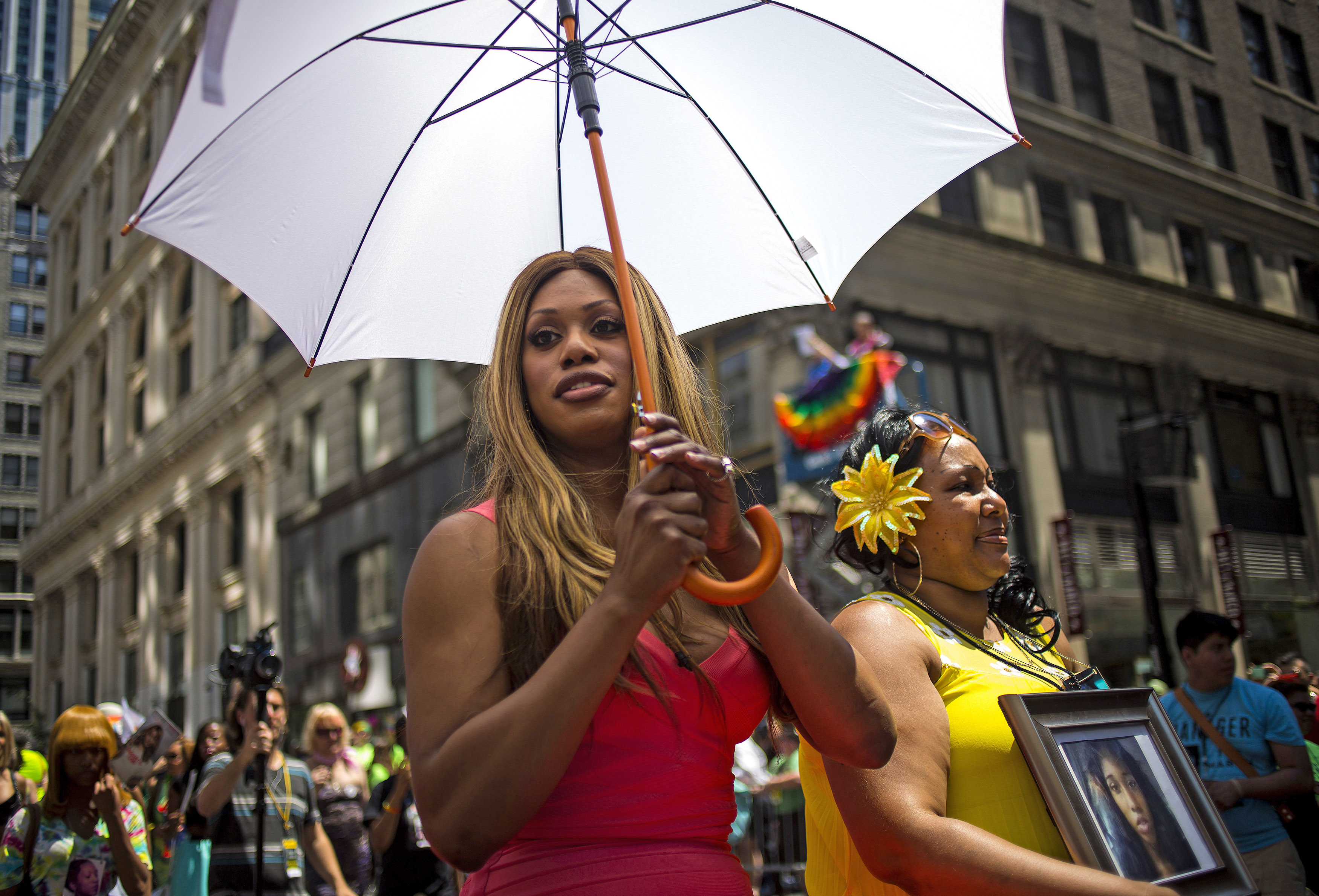 Many Americans have very little understanding of what life is like for a transgender person, and can find it confusing and difficult to talk about questions of gender identity.

This lack of understanding and empathy contributes to an environment in which widespread discrimination persists. Transgender people are frequently victims of violence. Their unemployment rate is twice as high as the rest of the population, and trans people of color are up to four times as likely to be unemployed, according to a 2013 report, leaving many living in poverty. Transgender people are also much more likely than others to attempt suicide.

Today, much of the work being done by members of the LGBT (Lesbian, Gay, Bisexual and Transgender) community is focused on reducing stigma surrounding these identities. Having a grasp of how to communicate openly and respectfully with transgender people can be a positive first step.

Elliot Fukui, TransJustice Coordinator at the Audre Lorde Project, a community organization in New York City, spoke with CBS News about some of the common issues and misperceptions facing transgender people today and the appropriate language to use to support a person's right to choose their own identity.

"A lot of it isn't as complicated as folks feel like it is. It's really just about asking questions in ways that aren't triggering or harmful to folks," Fukui said.

There can be many different ways people choose to describe themselves, so don't make assumptions. "The best practice if you're not sure of someone's pronoun is just to ask in a respectful way. I usually ask when I meet someone for the first time: What is your preferred gender pronoun?" Fukui explains.

Being a trans man means Fukui was assigned female at birth and has now transitioned to life as a man. At the same time, Fukui says he is non-conforming, or doesn't abide by societal norms or conventional ways of dressing or acting. Fukui wears whatever he wants and behaves how he wishes. Today, his nails are painted and he's dressed in loose fitting pants and a T-shirt.

Transgender is the term for those whose gender identity differs from the sex they were assigned at birth. That means a person who was born male feels like he is a female on the inside, or vice versa. A common misperception about transgender people is that they all dress in drag or undergo surgery or hormone therapy to change their bodies. Medical interventions can be costly and time consuming and some transgender people choose to forgo a physical change.

The opposite of transgender is 'cisgender.' This term that came out of transgender activism and describes someone who identifies with their assigned sex at birth. So, a person born male who is happy being a man is considered cisgender.

"Transgender means 'across' and cis means 'same.' It's a way to talk about gender issues without making cisgender 'normal,'" Fukui explained.

Fukui says that transgender people are coining these terms in order to expand the traditional binary gender system of male/female. It's an effort to include all people of every sexual preference and gender identity so that they can feel accepted by society and safe in the world.

Presently, this world isn't very safe for transgender people. Seven transgender women have been murdered in the U.S. already this year -- and those are only the cases that were reported. Transgender people are 50 percent more likely to be victims of homicide than gay or lesbian people.

They can also find themselves targeted by police who assume trans people are sex workers. Nearly one in six transgender people has been incarcerated in their lives, and that number jumps to nearly one in two for the black transgender population, according to a report from the National Center for Transgender Equality.

There has been progress, however. As the uphill battle that transgender people have been fighting for decades becomes more visible, with celebrities and pop culture icons like Laverne Cox and Janet Mock sharing their stories, more Americans are beginning to look at transgender people in a positive light.

As more transgender people come out, momentum continues to build toward acceptance. A survey commissioned by the Human Rights Campaign showed significant growth in the number of Americans who say they personally know someone who is transgender and a corresponding increase in favorable feelings toward transgender people.

Fukui admits that while being transgender is a struggle at times, he loves who he is.

"I get to experience the world in a very different way in a very open way, and in a way that can connect me to a lot more folks than maybe if I'd been born cisgender or someone who's not trans-identified."