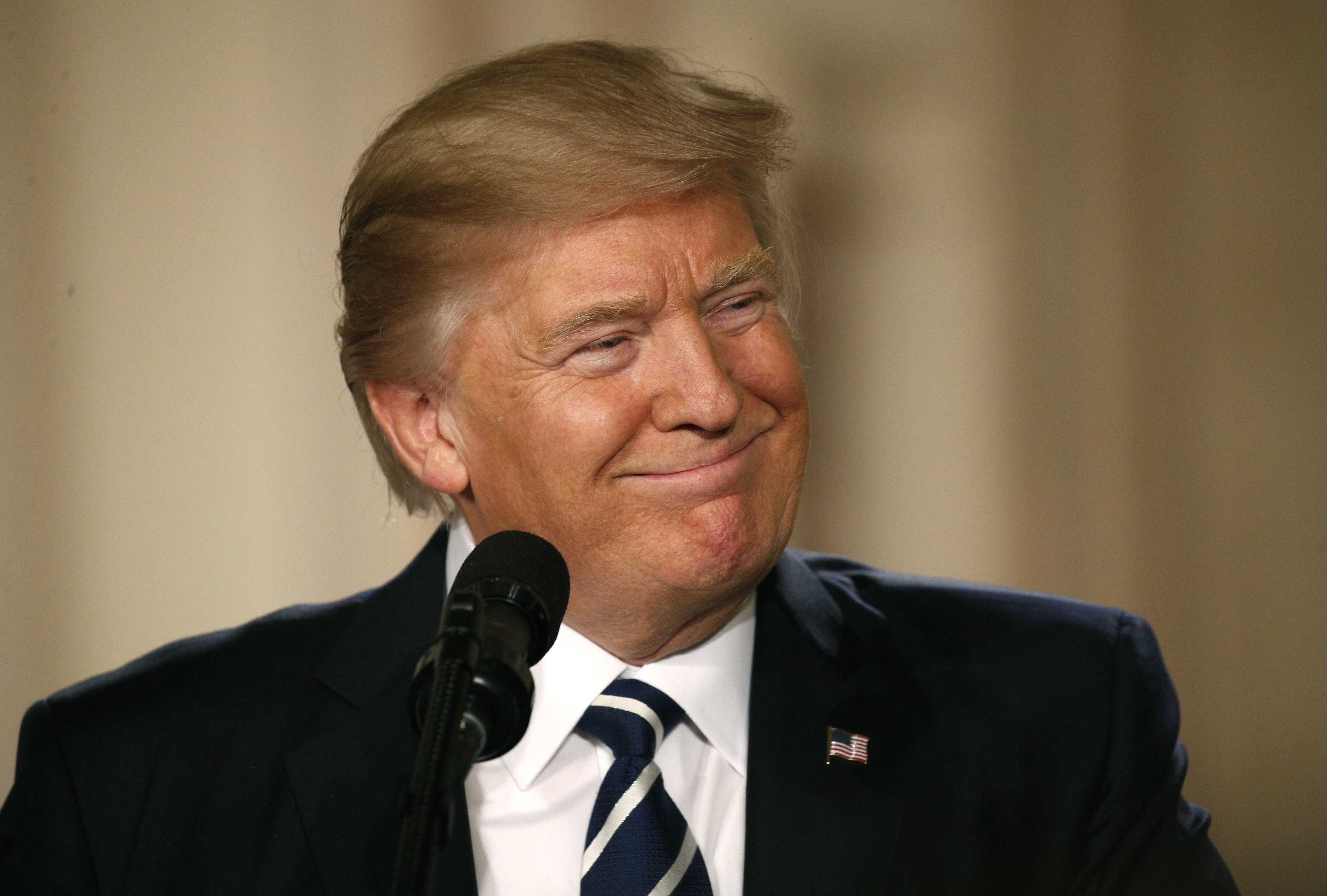 Today in the Trump administration

Now that President Trump has announced the nomination of Colorado Judge Neil Gorsuch to the Supreme Court, the confirmation fight begins. Gorsuch starts meeting with the senators who will vote on his nomination today -- Vice President Pence took him to meet Senate Majority Leader Mitch McConnell this morning.

McConnell said he thought the president had made “an outstanding appointment” with Gorsuch and said he looked forward to getting the confirmation process started. He ignored a shouted question about Democratic opposition to the nomination.

Former Sen. Kelly Ayotte of New Hampshire, who was also at the meeting with McConnell, Pence and Gorsuch, will also be shepherding Gorsuch around the hill to meet senators, especially those on the Judiciary Committee.

If you missed it, this was the live blog and video of Gorsuch’s nomination announcement.

National Security Adviser Michael Flynn told reporters at the White House briefing today that the Trump administration “condemns such actions by Iran that undermine security, prosperity and stability throughout and beyond the Middle East that puts American lives at risk.”

Flynn said, “Iran is now feeling emboldened,” and he criticized the Obama administration for failing “to respond adequately.”

President Trump says if Senate Majority Leader Mitch McConnell is unable to muster the 60 votes necessary to confirm Neil Gorsuch to the Supreme Court, he should change the Senate rules and allow Gorsuch to be confirmed with a simple majority of senators -- a parliamentary procedure known as the “nuclear option.”

Asked during a meeting with business leaders what he’d say to Democrats who will try to block Gorsuch’s confirmation, Mr. Trump said “I think there’s a certain dishonesty if they go against their vote from not very long ago,” alluding to the fact that Gorsuch’s confirmation to the federal court was supported by a number of Democratic senators. “If we end up with the same gridlock,” Mr. Trump said, “I would say, ‘If you can, Mitch, go nuclear.”

The full Senate votes on Rex Tillerson’s nomination to be secretary of state, 2 p.m.

Democrats boycotted EPA nominee Scott Pruitt’s vote in the Senate Environment and Public Works Committee Wednesday morning, causing his committee vote to be delayed. Democrats have complained that Pruitt, who is the Oklahoma attorney general, has not sufficiently answered their questions.

Sen. Judiciary advanced Jeff Sessions’ nomination to be attorney general, after Democrats ran out the clock on his hearing yesterday, forcing a delay.

Sen. Governmental Affairs to vote on nomination of Mick Mulvaney to be OMB director, 9:40 a.m. The Sen. Budget Committee will also vote on Mulvaney Thursday.

President Trump held an African-American History Month “listening session” where he spent much of the time blasting the media for its “very dishonest” reporting.

In a statement meant to praise historical figures, the president also said that abolitionist Frederick Douglass was “someone who has done a terrific job that is being recognized by more and more people.”

President Trump revealed his Supreme Court nominee, announcing last night he had selected Judge Neil Gorsuch to be the next Supreme Court justice, filling the vacancy left by the death of Justice Antonin Scalia almost a year ago.

“I am a man of my word, I will do as I say, something that the American people have been asking for from Washington for a very, very long time,” Mr. Trump said at the East Room announcement. “Today I am keeping another promise to the American people by nominating Judge Neil Gorsuch ... to be of the United States Supreme Court.”

The White House says the new administration has no interest in rolling back protections of LGBTQ workers.

“President Donald J. Trump is determined to protect the rights of all Americans, including the LGBTQ community,” said a White House statement released Tuesday morning.

The statement appeared to come in response to rumors that Mr. Trump would soon sign an executive order that would remove some protections of LGBTQ people.

The White House canceled the signing of the executive order on cyber security without explanation. The order was to notify agency and department heads that they will be held accountable for cyber security, CBS News’ Mark Knoller reported.

Just before he signed the order, he held a “listening session” with cyber security experts.

And with regard to Mr. Trump’s executive order halting immigration from seven Muslim-majority countries, Homeland Security Secretary John Kelly and top-level DHS officials worked to push back against the perception that federal agencies were caught off guard by the order.

At a noon press conference, Kelly said DHS knew the order was coming, and that he had seen at least two drafts of it before Mr. Trump signed the final version of the order Friday evening. Some news reports had indicated Kelly found out about the order while mid-flight on Friday.

“We did know the executive order was coming … we knew it was coming, it wasn’t a surprise, it was coming and then we implemented it,” Kelly said, noting that he “certainly didn’t learn about it on an airplane.”

In an extraordianry and abrupt postponement, the nominations of Rep. Tom Price for HHS secretary and Steven Mnuchin for treasury were blocked by a Democratic boycott. The Senate Finance Committee was to vote this morning on both. Republicans delayed the committee votes on both indefinitely.

Senate Judiciary Committee Democrats used an obscure Senate rule to delay the committee vote on the nomination of Sen. Jeff Sessions to be attorney general. His vote, which is expected to be approved by the panel, will now take place tomorrow, and then his nomination would proceed to the full Senate.

The Senate Health, Education, Labor and Pensions Committee voted on Betsy DeVos to be education secretary. She was advanced to the full Senate for confirmation.

In the afternoon, the full Senate voted to confirm Elaine Chao as transportation secretary. She was confirmed with bipartisan support, with only six Democrats voting against her.