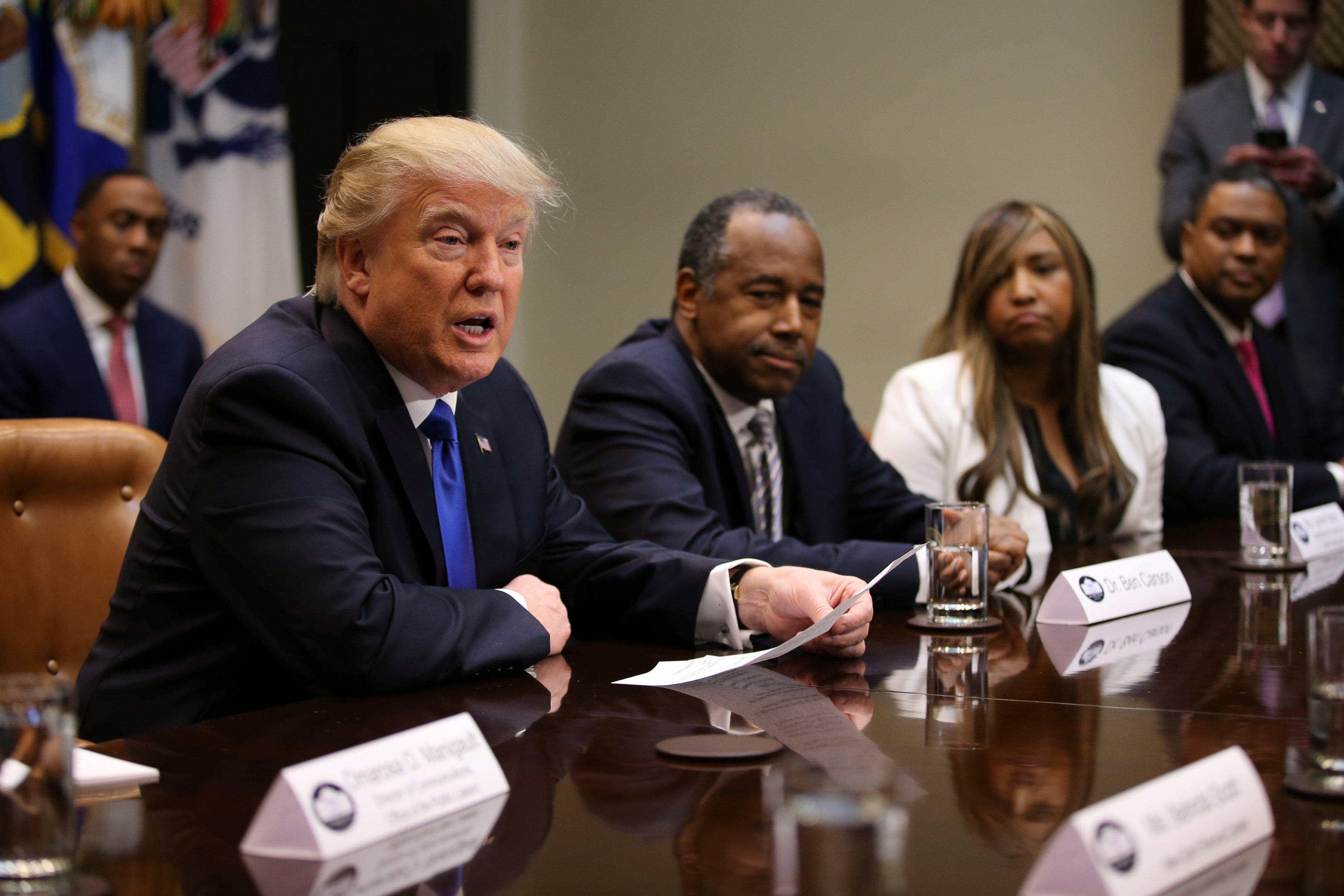 During an event billed by the White House as a “listening session” celebrating the start of African-American History Month, President Trump took aim at the “dishonest” media again early Wednesday.

“They’re very dishonest people,” he added, and once again brought up the issue of a mistake a journalist made -- and later corrected -- about the removal of Martin Luther King Jr.’s bust from the Oval Office. (Time magazine’s Zeke Miller corrected his report shortly after to note that the sculpture of the civil rights icon remained in the executive suite.)

Mr. Trump stated that the statue was a “cherished” one in the office, deriding the initial media report as “fake news.”

“I think it was a disgrace,” he said. But that’s the way the press is. Very unfortunate.”

Flanked by Ben Carson, his pick to lead the Department of Housing and Urban Development, top aide Omarosa Manigault, and a number of other African American supporters from his campaign days, Mr. Trump also hailed African-American contributions to U.S. history.

In an opening statement, Mr. Trump praised some historical figures, including Rosa Parks and Harriet Tubman. He said of abolitionist Frederick Douglass that he was “someone who has done a terrific job that is being recognized by more and more people.”

The president also referenced some plans he had to improve African-American communities, including a push for better schools and better law enforcement in urban areas.

“We need more jobs, better wages... we’re going to work very hard in the inner city,” Mr. Trump said. “We need safer communities and we’re going to do that with law enforcement.”

“Right now it’s terrible,” he added, later singling out Chicago as a city that he would focus on.

One supporter, Cleveland pastor Darrell Scott, told Mr. Trump that Chicago gang members had been in touch with him about possibly working with the Trump administration to reduce violence. Scott, a loyal Trump surrogate during the presidential campaign, said he would soon meet with “top gang thugs” who respected the president in order to discuss “lowering that body count.”