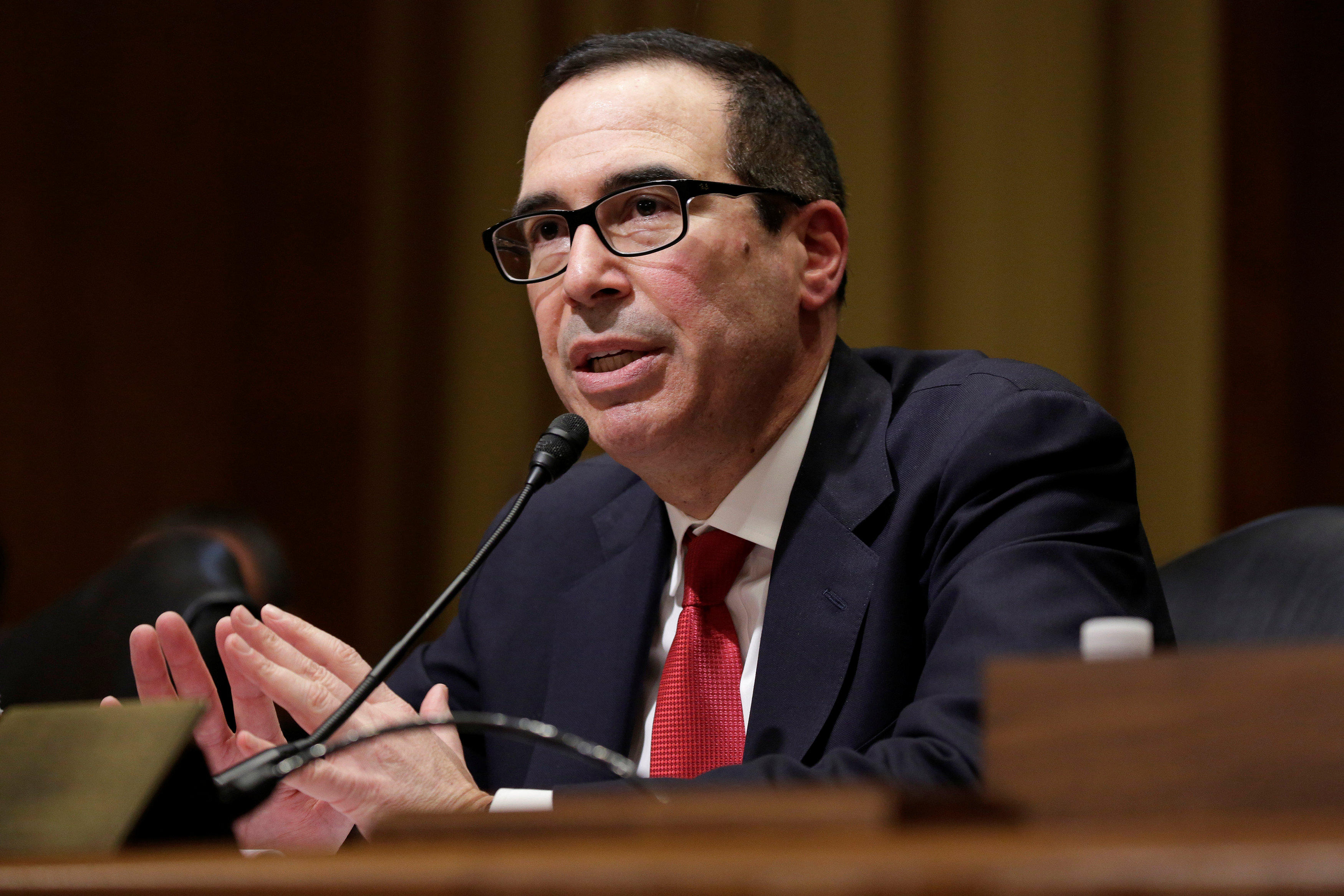 In an unusual and hastily called briefing for reporters, Democrats on the Senate Finance Committee said they would not attend the panel’s planned votes until they could ask more questions about Rep. Tom Price, R-Ga., the Health nominee and Steve Mnuchin, Trump’s Treasury selection, who they said had misled Congress about their backgrounds.

Democrats cited one report in The Wall Street Journal that Price received a special, discounted offer to buy stock in a biomedical company, which contradicted his testimony to Congress.

They said another report in The Columbus Dispatch showed documents revealing that Mnuchin had not been truthful with the Senate in the confirmation process in comments about how his bank OneWest had handled home foreclosures.

Republicans have supported both men.

“They ought to stop posturing and acting like idiots,” he said.

Sen. John Cornyn, R-Texas, said the Democratic boycott “denied President Trump two more of his cabinet members,” and complained that that Democrats “continue to criticize [the Trump administration] even though they deny them the team they need to do their job.”

The Democrats’ action prevented the panel from holding the votes because under committee rules, 13 of its members - including at least one Democrat - must be present for votes.

In a more peaceful setting, the Senate Energy and Natural Resources Committee quickly approved former Texas Gov. Rick Perry as Energy secretary by 16-7, and Rep. Ryan Zinke, R-Mont., to head Interior by 16-6. But several of his other picks faced more spirited opposition from Democrats.

As the Senate Judiciary Committee worked toward a vote on Sen. Jeff Sessions’ nomination to be attorney general, the panel’s top Republican praised the Alabama Republican.

“He’s a man of integrity,” said Sen. Charles Grassley, R-Iowa. “He’s a man of his word. And he’ll enforce the law, regardless of whether he would’ve supported passage of that law as a legislator.

All the nominees had strong Republican support, though final confirmation votes by the full Senate weren’t yet scheduled.

Democrats have accused Price of insider trading in health industry stocks, which he’s denied, and criticized Mnuchin for not initially revealing nearly $100 million in assets, and were expected to vote against both nominees.

Republicans were trying to help Trump staff his Cabinet in the second week of an administration that has ignited fights on multiple fronts. Trump by executive action has clamped temporary bans against refugees from all countries and visitors from seven Muslim-majority nations, and he’s seen relations with Mexico sour after insisting it will pay for a border wall. And he’s backing the GOP’s problematic efforts to dismantle President Barack Obama’s health care overhaul.

Democrats have targeted Price, a seven-term congressional veteran, for his staunch backing of his party’s drive to scuttle Obama’s health care law and to reshape Medicare and Medicaid, which help older and low-income people afford medical care.

They’ve also assailed Price for buying stocks of health care firms, accusing him of using insider information and conflicts of interest for backing legislation that could help his investments. Price says his trades were largely managed by brokers and that he’s followed congressional ethics rules.

Democrats have accused Mnuchin of failing to protect homeowners from foreclosures and criticized him for not initially disclosing all his assets.

The Judiciary panel’s vote on Sessions was coming with Democrats and demonstrators around the country in an uproar over Trump’s executive order blocking refugees. Even some Republicans were warning it could hinder anti-terrorism efforts.

DeVos, a wealthy GOP donor, has long supported charter schools and allowing school choice. That’s prompted opposition from Democrats and teachers’ unions, which view her stance as a threat to federal dollars that support public education.

Critics have mocked her for suggesting that guns could be justified in schools to protect students from grizzly bears. Health committee Chairman Lamar Alexander, R-Tenn., called her an “excellent” choice.

The full Senate was on track to easily confirm Elaine Chao to become transportation secretary in a mid-day vote.

Chao was labor secretary under President George W. Bush, and is wife of Senate Majority Leader Mitch McConnell, R-Ky. She would be a lead actor in pursuing Trump’s promise to invest $1 trillion to improve highways, rail service and other infrastructure projects.