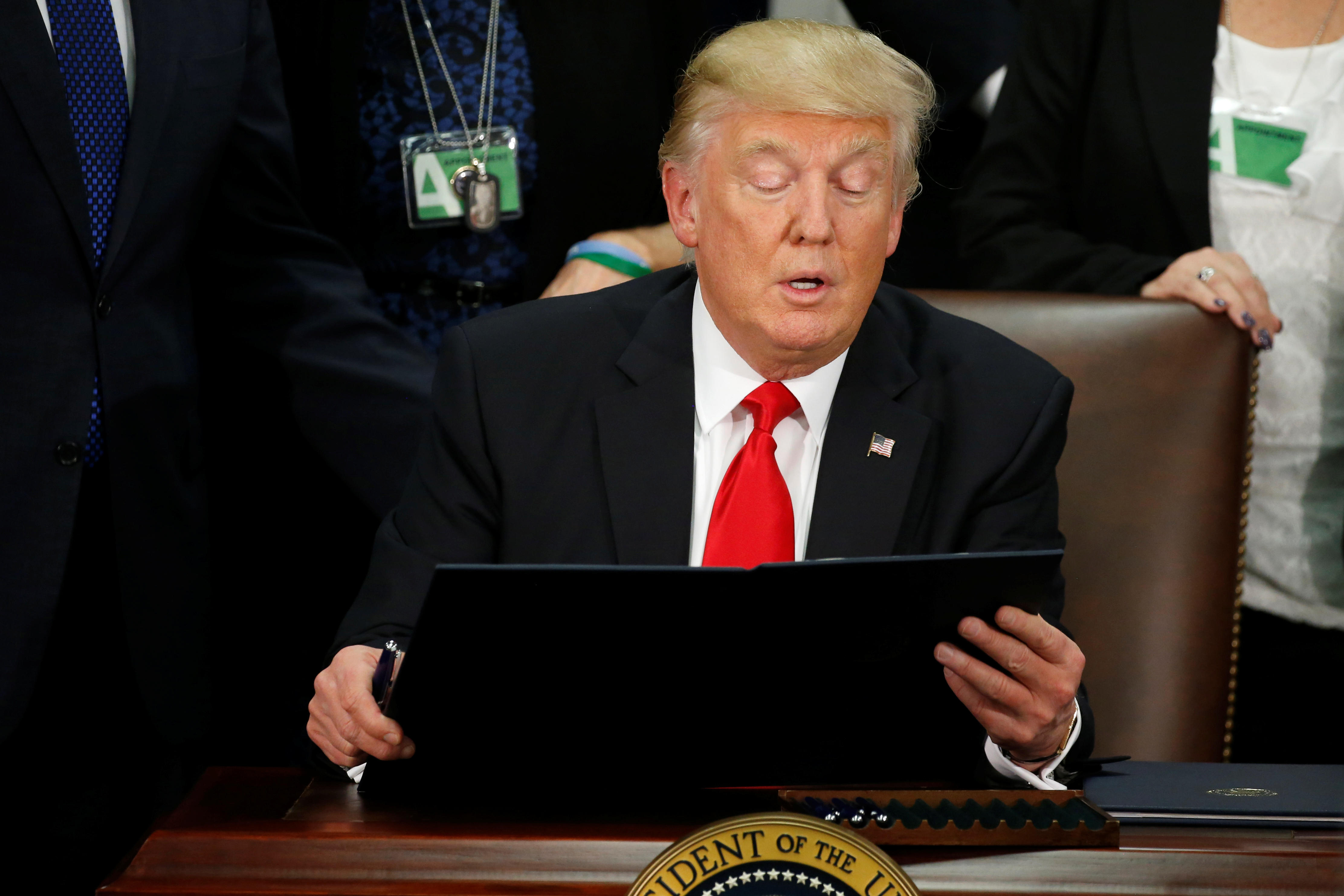 The president was expected to sign an executive order on cyber security Tuesday, but the White House announced that the signing has been cancelled for Tuesday. The order was to advise agency and department heads that they will be held accountable for cyber security, CBS News’ Mark Knoller reported, citing a White House official.

Mr. Trump also held a “listening session” with cyber security experts and described the executive order, pointing to the hacking of the Democratic National Committee (DNC) as an example of why the government needs to work with the private sector. He also said that the Republican National Committee (RNC) spent less money on cyber security but still managed to fend off hackers.