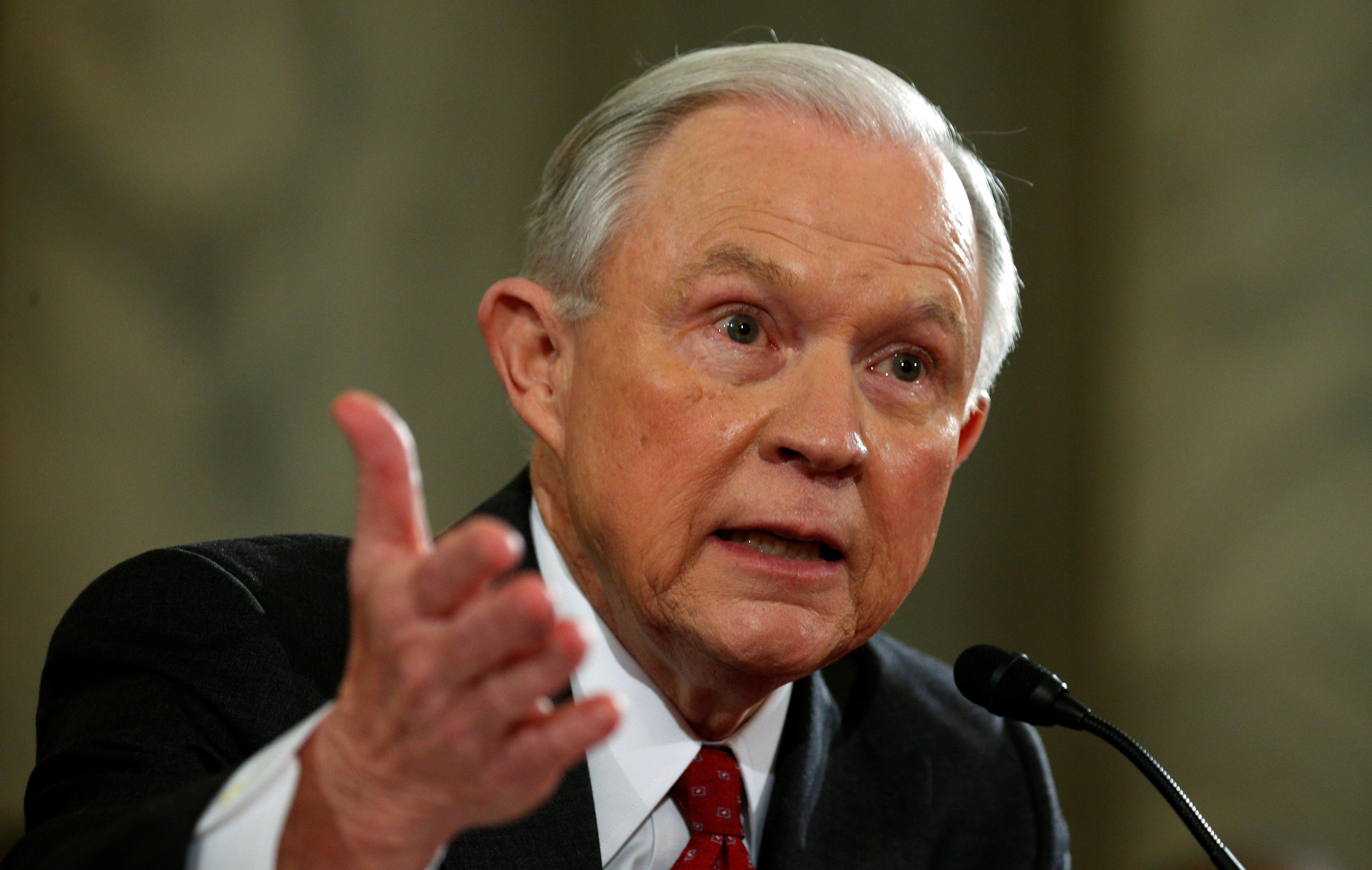 After Democratic senators on the Senate Judiciary Committee gave lengthy speeches opposing Sessions for several hours Tuesday, chairman Charles Grassley said the vote would be delayed until Wednesday. Sessions is expected to be approved by the panel.

Through those lengthy speeches, Democrats were able to trigger a rule that doesn’t allow committees to be in session for two hours past the start of the Senate day. That rule is generally waived.

In their speeches, Democrats questioned whether the Alabama Republican could be independent of President Donald Trump as the nation’s chief law enforcement officer. Sessions was one of Trump’s first and strongest supporters.

The consideration of Sessions comes as Democrats and demonstrators around the country are in an uproar over President Trump’s executive order suspending travel from seven Muslim-majority countries and halting the flow of refugees into the U.S.

“He’s a man of integrity,” said Judiciary Committee Chairman Sen. Charles Grassley, R-Iowa. “He’s a man of his word. And he’ll enforce the law, regardless of whether he would’ve supported passage of that law as a legislator.”

The announcement about Yates’ firing and the new acting attorney general came shortly after Yates, a career official and Obama appointee, said she was “not convinced” Mr. Trump’s immigration order is “lawful” and that the Justice Department would not defend it in court “until I become convinced that it is appropriate to do so.”

During this hearing, Grassley said of Sessions, in relation to the drafting of Donald Trump’s immigration and refugee ban, “The fact of the matter is -- he was not involved.”

The committee’s top Democrat, California Sen. Dianne Feinstein, says she can’t reconcile the independence required in the job “with the partisanship this nominee has exhibited.” Sessions was one of Trump’s earliest supporters.

“That statement took a steel spine to stand up and say no,” Feinstein said. “That is what an attorney general must be willing and able to do.”

Feinstein said she has “no confidence” Sessions would do that.

Sen. Patrick Leahy, a former chairman of the committee, said of the attorney general nominee, “I have very serious doubts that Jeff Sessions will be an independent attorney general.” Leahy plans to vote against Sessions. Sen. Minority Whip Dick Durbin also said he would not vote for Sessions.

Utah Sen. Mike Lee, a Republican, said that  he may have disagreed with Sessions more than he had with any member of the Judiciary Committee, but added that people of good will and strong intellect can come to different conclusions

Sessions has “a deep and abiding love of the law,” Lee said, and “this is precisely the kind of person we should have as attorney general.”