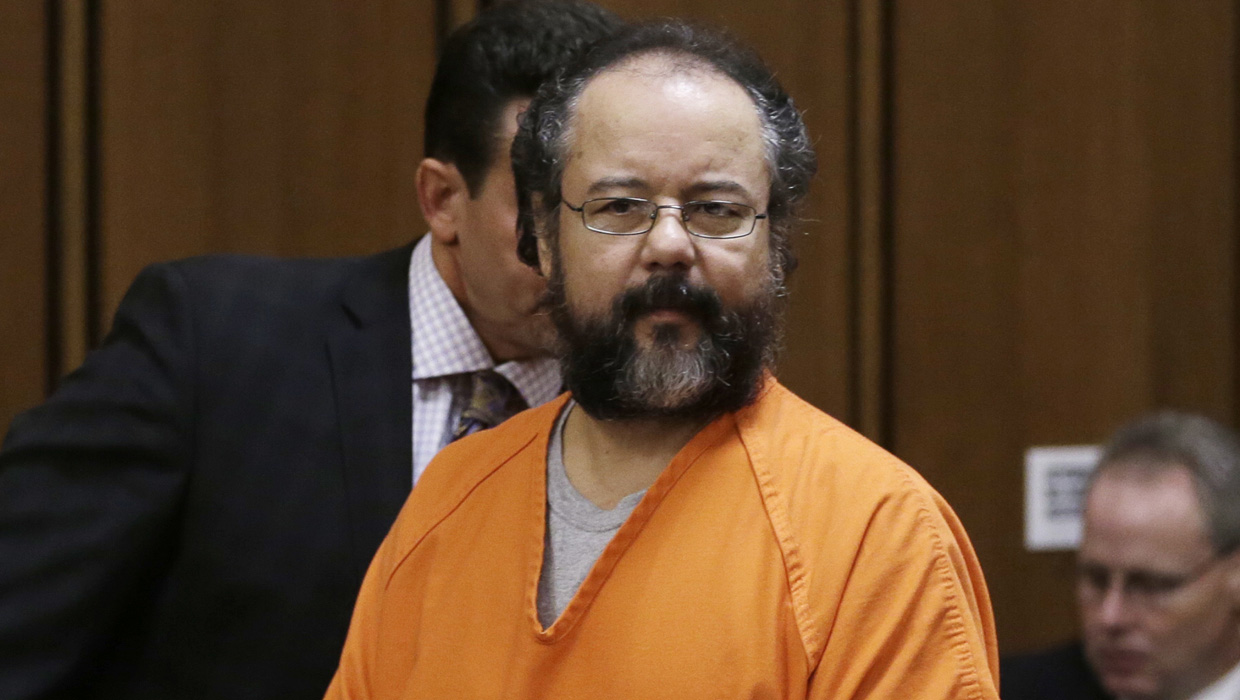 CLEVELAND, Ohio -- A year ago, the case of three long-missing Cleveland women found alive in the home of their captor Ariel Castro stunned the tight-knit community and drew intense media spotlight. Amanda Berry, Gina DeJesus and Michelle Knight, who vanished separately between 2002 and 2004, were freed in a dramatic rescue May 6, 2013 after about a decade in captivity in Castro's Cleveland home.

Berry kicked in a screen door and called 911, telling a dispatcher, "I've been kidnapped, and I've been missing for 10 years, and I'm here. I'm free now."

Police said the women were restrained and tortured, suffering prolonged sexual and psychological abuse by Castro, who pleaded guilty to more than 900 charges including rape and kidnapping and was later found dead in his cell in an apparent suicide.

"The fact that they were found after 10 years in captivity is remarkable - we've not seen a case like that where three women were held together and found alive," said Bob Lowery, senior executive director of the Missing Children Division at the National Center for Missing and Exploited Children. "The fact that they were re-united with their families has touched all our hearts."

Lowery says his group, which helped in the search for DeJesus and Berry, is involved with the cases of between 3,500 and 4,000 long-missing children who vanished anywhere from six months ago to 50 years ago.

"These women serve very vividly as a reminder to all of us not to give up hope on missing kids," Lowery said.

Amanda Berry and Gina DeJesus both said in statements released Monday that they are thankful and growing in many ways. DeJesus said she's enjoying learning how to drive and use new technology, and Berry pledged support to families of other victims.

"On this day, we decided that the right place for us to be was with other families who have gone through what our family has gone through," Berry said. "I want these families to know they will always have a special place in our hearts."

Michelle Knight said in an interview on NBC's "Today" show Monday that she forgives Castro. She said her captor deserves forgiveness because she'd want to be forgiven if she did wrong, and "that's the way of life."

Knight's book recounting her years in captivity is set to be released Tuesday, and Berry and DeJesus are also collaborating on a book. The two are set to be honored Tuesday evening by the National Center for Missing and Exploited Children in Washington, D.C.

A year after the dramatic rescue of the three women, Crimesider is looking back at how the high-profile case unfolded. Following is a timeline of events.

Aug. 22, 2002 - 21-year-old Cleveland woman Michelle Knight is last seen at her cousin's house. Police later said that Ariel Castro lured her into his home with the offer of a puppy for her son and restrained her with extension cords, beginning her 11-year captivity.

April 21, 2003 - A day shy of her 17th birthday, Amanda Berry vanishes. She's last seen leaving her part-time job at a Burger King, and police would later say that Castro offered her a ride and lured her into his home by telling her his daughter, whom she knew, was inside.

January 2004 - Police go to Ariel Castro's home at 2207 Seymour Ave., about 3 miles from where Knight and Berry were last seen. No one answers the door. Child welfare officials had alerted police that Castro, a school bus driver, apparently left a child unattended on a bus. Police later spoke to Castro and determined there was no criminal intent.

April 2, 2004 -14-year-old Gina DeJesus goes missing in the same area as she's walking home from school. Police later said DeJesus, who was friends with Castro's daughter, was held inside the home after Castro asked her to help him carry a speaker to his car. Castro trapped her in the basement by telling her the door was an exit, police said.

March 2, 2006 - Berry's mother Louwana Miller, 43, dies after being hospitalized with pancreatitis and other ailments. She had spent the previous three years looking for her daughter.

November, 2011 - A neighbor, Israel Lugo, said he heard pounding on some of the doors of Castro's house, which had plastic bags on the windows. Lugo said officers knocked on the front door, but no one answered. Officers walked around outside the house and left, Lugo said.

July 2012 -Neighbor Elsie Cintron claims she contacted police at this time to report strange activity at the Castro house, including a naked woman crawling in the backyard and a little girl in the attic window.

May 6, 2013 - Amanda Berry, 27, Gina DeJesus, 23, and Michelle Knight, 32, are discovered alive in Castro's Clevland home, along with a six-year-old girl who would later be identified as the daughter of Berry and Castro.

Berry kicked in a screen door, and yelled to neighbor Charles Ramsey for help. She's heard on a 911 call saying, "I've been kidnapped, and I've been missing for 10 years, and I'm here. I'm free now."

May 8, 2013 - Amanda Berry and Gina DeJesus return to their family's home to cheers and crowds of supporters. Family and neighbors express shock that the long-missing women were being held so close to home by a neighborhood bus driver many were familiar with.

May 9, 2013 - Ariel Castro, 53, appears in court after appearances by his two brothers, Pedro and Onil, who were also taken into custody on unrelated charges and cleared of any wrongdoing in the case. Police said there was no indication they knew about the women's captivity. Facing four counts of kidnapping and three counts of rape, Ariel Castro is held on $8 million bail.

According to a police report obtained by CBS News, Knight told investigators that Castro forced her to deliver Berry's baby while in captivity, and he warned her if the baby were to die, he would kill her.

Knight told police, according to the report, that Castro impregnated her "at least 5 times," but that each time he would starve her and then punch her in the stomach to induce a miscarriage.

May 10, 2013 - Cuyahoga County prosecutor Thomas McGinty says he may charge Castro with aggravated murder related to pregnancies terminated by force and hints that he could seek the death penalty.

Police said the women were apparently bound by ropes and chains and suffered prolonged sexual and psychological abuse.

July 12, 2013 - Castro is indicted on 977 charges including aggravated murder, kidnapping and rape. The charges expand on an earlier 329-count indictment that covered only part of the time frame of the alleged crimes.

July 26, 2013 - Castro accepts a plea deal that spares him the death penalty, pleading guilty to an amended indictment that includes 937 charges.

"I knew I was going to get pretty much the book thrown at me," Castro says, appearing in court. He says he is "fully aware" of the terms of the plea agreement and consented to it, adding, "There are some things I don't understand...because of my sexual problem."

August 1, 2013 - At his sentencing hearing, Castro addresses the court, saying he is "not a monster" and describing himself as "sick." He denied in court that he ever raped or tortured his victims, at one point saying there was "harmony" in the home.

"To clear the record, I am not a monster, I did not prey on these women, I just acted on my sexual instincts because of my sexual addiction," Castro says. "As God is my witness, I never beat these women like they're trying to say I did. I never tortured them."

"You took 11 years of my life away, and now I have got it back," Knight says. "I spent 11 years in hell. Now your hell is just beginning."

Castro is sentenced to life without parole plus an additional 1,000 years.

September 3, 2013 - Castro is found dead in his cell, hanging from a bedsheet, shortly more than a month into his life sentence. A report later confirmed his cause of death was suicide, CBS affiliate WOIO reported.