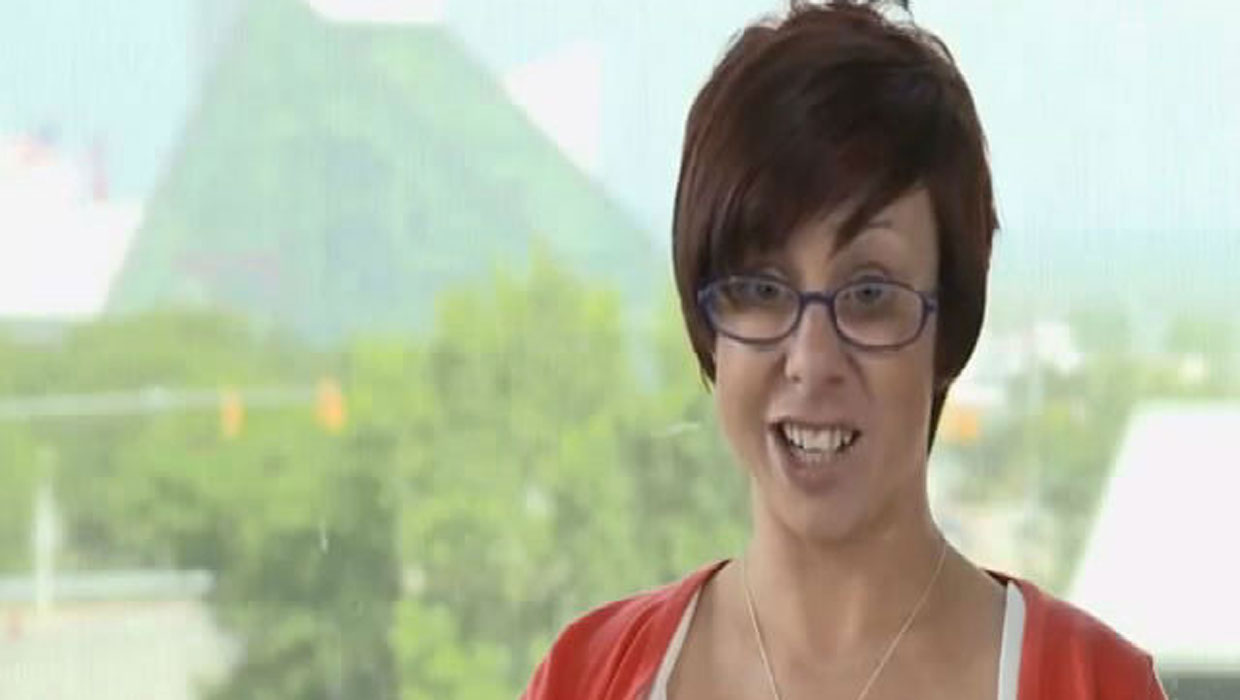 CLEVELAND - Michelle Knight, one of the three women help captive for about a decade in a Cleveland house before escaping last year, says she forgives the man who kidnapped and tortured her for eleven years.

Knight, 33, interviewed Monday on NBC's "Today" show, said Ariel Castro deserves forgiveness because she'd want to be forgiven if she did wrong, and "that's the way of life."

She added, "he is a human being and every human being needs to be loved," even if he did wrong.

Tuesday is the one-year anniversary of the escape from the house by Knight, Amanda Berry and Gina DeJesus. Knight said she doesn't see much of the other two women, saying "we're all now living in our own way."

Knight - whose book "Finding Me," recounting her years of captivity, will be

released Tuesday - said she's a singer who just recorded a song, and she's also training to be a boxer.

The 53-year-old Castro pleaded guilty in August to hundreds of charges and committed suicide in prison.

Knight said in the interview that she was surprised when Castro killed himself, wondering "why would he hurt his children like that?"

Speaking at Castro's sentencing hearing in August of 2013, Knight said she wanted Castro to spend his in prison, saying the death penalty would be "so much easier" for her captor. Castro was sentenced to life in prison without parole, plus 1,000 years shortly before he was found dead in his cell.

The women disappeared separately between 2002 and 2004. Berry was 14, DeJesus was 16 and Knight was 20. They were rescued from Castro's run-down house May 6, 2013, after Berry broke through a screen door.

Berry and DeJesus are collaborating with two Washington Post reporters on a book due out next year. Charles Ramsey, the man credited with helping the women escape from the house, also has written a book.