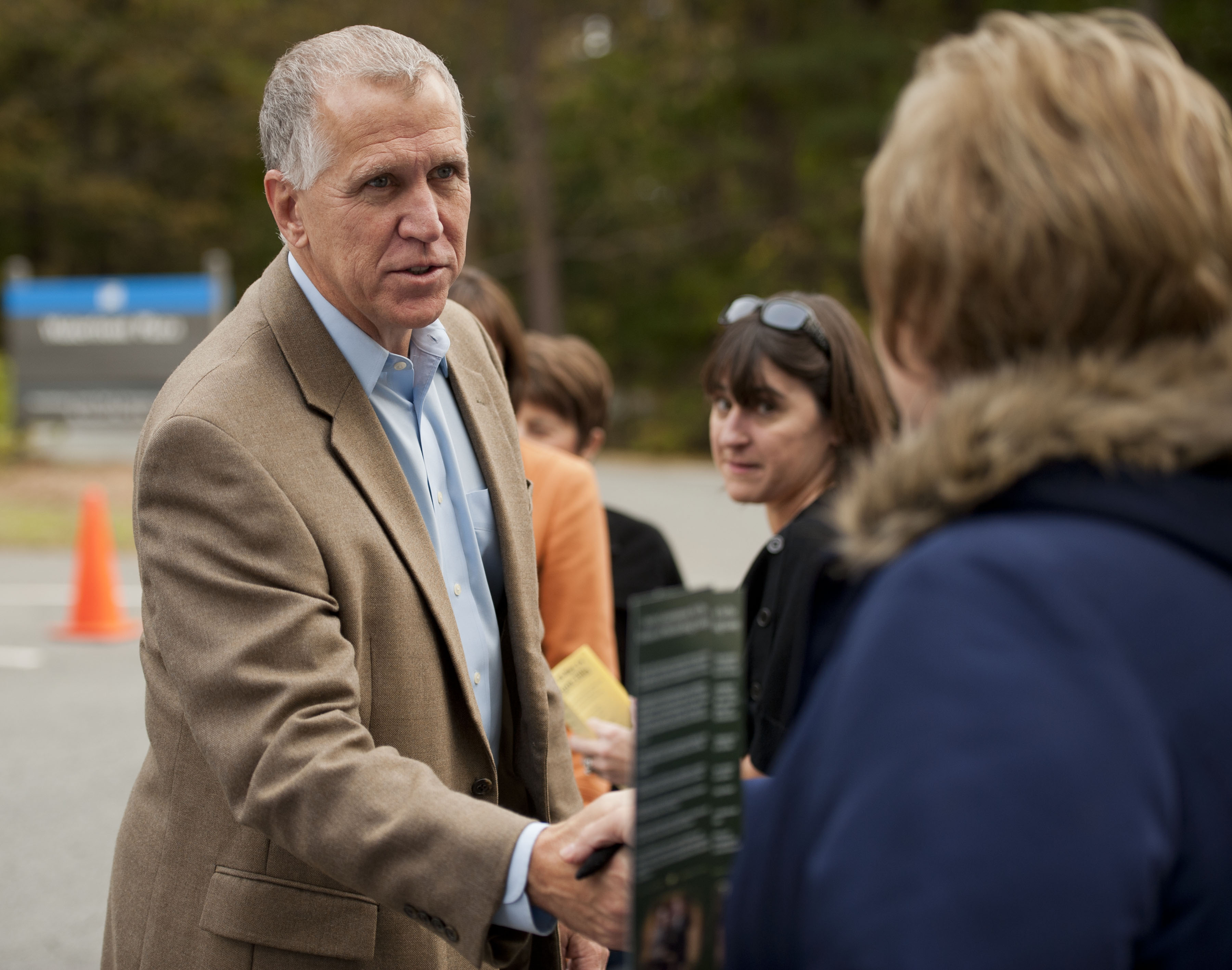 The candidates, their political parties and outside interest groups collectively poured more than $100 million into the contest. Hagan and her allies put a harsh spotlight on Tillis' unpopular conservative record as state House speaker, while Tillis and his supporters took every opportunity to tie Hagan to President Obama.

"If you want the same failed policies of President Obama, you vote for Kay Hagan," Tillis said in their second debate. "If you think it's time to change the direction of this country and make it great again, I hope you'll vote for Thom Tillis."

Exit polling suggests that voters did indeed hold Hagan responsible for her ties to Mr. Obama -- 51 percent said that Hagan agrees too frequently with Mr. Obama on issues, and 44 percent disapprove strongly of the job the president is doing.

At the same time, North Carolina voters have slightly less negative views of the Democratic Party (at 52 percent negative) than the Republican Party (56 percent negative), which helped Hagan to keep the vote close. Also, voters are as disappointed in congressional Republicans (64 percent are either dissatisfied or angry with them) as they are in Mr. Obama (59 percent are disappointed or angry with the president).