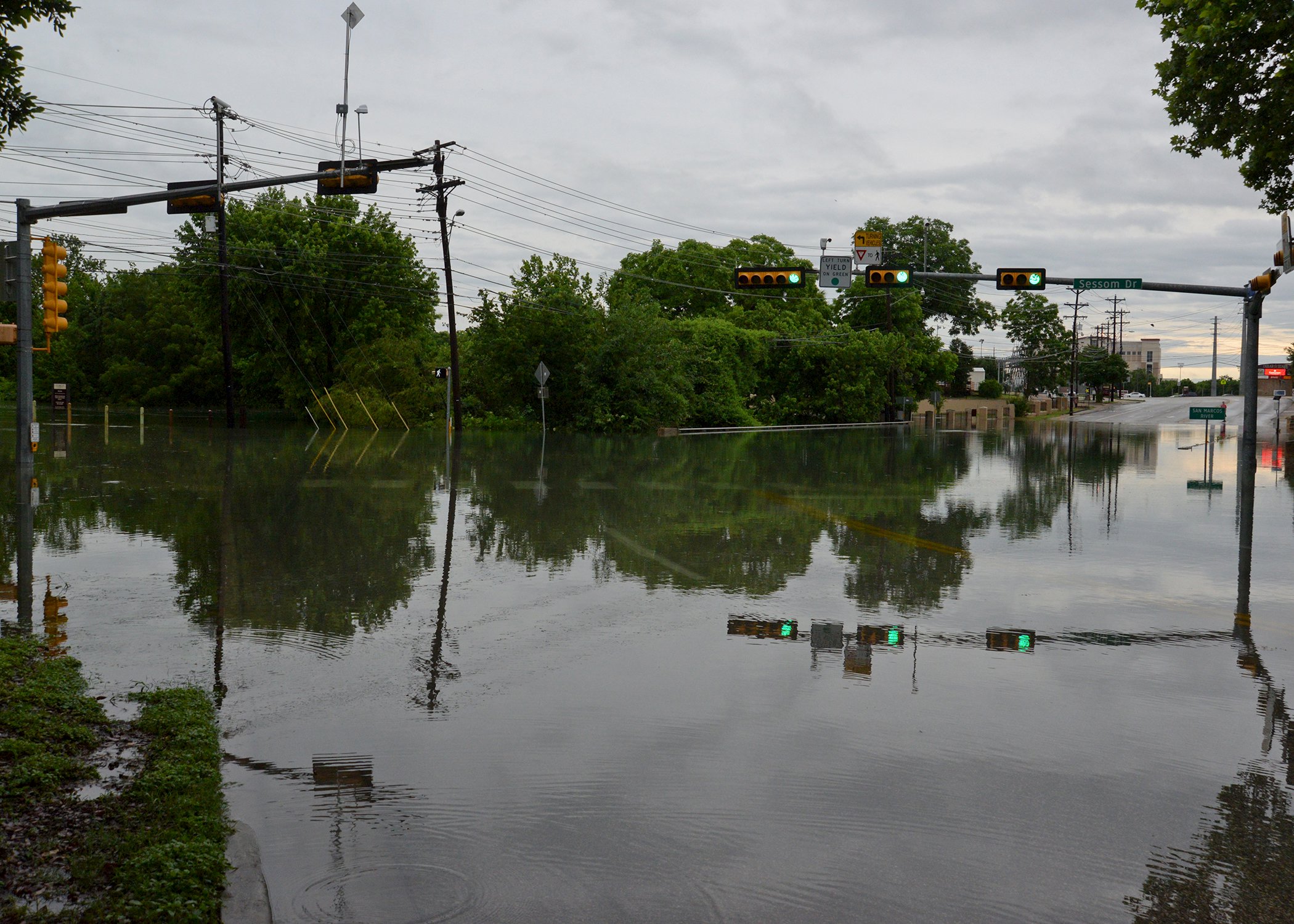 Recovery teams were set to resume looking this morning for the 12 members of two families who authorities say are missing after a rain-swollen river in Central Texas carried a vacation home off its foundation, slamming it into a bridge downstream. Powerful thunderstorms led the National Weather Service to declare a flash flood emergency for parts of Harris County, as roughly 8 inches of rain pummeled Houston in just a few hours Monday night and early today, reports CBS News correspondent Vincente Arenas.

In Tehran, the closed trial of an American-Iranian reporter for the Washington Post detained in Iran for more than 10 months got underway today in a court used to hear security cases. Iran's official IRNA news agency said he had been charged with espionage and propaganda against the Islamic republic. Washington Post Executive Editor Martin Baron told CBS News correspondent Margaret Brennan the charges against Rezaian are "completely preposterous," and he fears the trial will not be fair.

Meditation, breathing and Eastern medicine -- all these tools are now used by the Department of Veterans Affairs. The goal is to heal PTSD and the invisible wounds of war. CBS News correspondent Chip Reid reports on veterans who hope more of their fellow warriors will take a seat and join the zen.

As the summer heats up, air conditioners will be cranking up to full blast in office buildings and homes to keep people cool. They provide welcome relief from sweltering weather and an obvious solution to prevent heat-related illnesses and deaths. But AC systems themselves can lead to health problems if they are not cleaned and maintained properly. Here's what you need to know about the health pros and cons of air conditioners and how to use them safely.

Some drivers with defective airbags made by Takata are being told it'll take months until their vehicle's airbags can be replaced. The delay follows a recall that's affected nearly 34 million vehicles and has stressed the manufacturer's ability to provide replacements in time.

There's been some public relations turbulence in the nation's airline industry following claims in a recent report that some air carriers are restricting access to their airfare and route information -- actions that could end up costing air passengers billions of dollars more in airfare.

The announcement speech is one of the most meticulously planned events of the modern presidential campaign. Every variable is scrutinized, from the venue to the audience to the message itself. The way a candidate announces also tells you something about the person running.

Doctors have become accustomed to using magnetic resonance imaging or CT scans to assess a whole range of ailments in living human beings. Now, scientists are increasingly using the same technology to unlock the secrets of dead - in many cases,the mummified remains of humans dating back thousands of years.

Back in the saddle

Seven decades after the U.S. Cavalry was put out to pasture, the Special Forces are getting back in the saddle again. CBS News correspondent Chip Reid reports the original all-terrain vehicle is making a comeback.

Iraq says it's going back on offense against ISIS

4 missing in waters near Florida and Mississippi

How to protect your IRA

Turn Gmail into a better mail client with these tweaks

This exec is the highest-paid American CEO