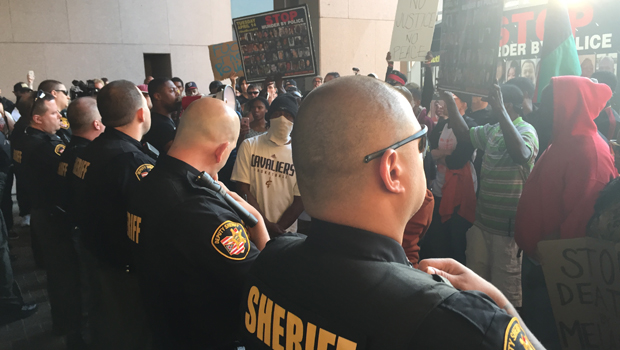 The city of Cleveland and the Justice Department (DOJ) have struck a deal under which Cleveland police will take steps to address a pattern of unconstitutional policing, CBS News' Paula Reid reports.

The agency and the city will announce the terms of a so-called "consent decree" as early as Tuesday. The arrangement creates a court-enforceable agreement detailing steps the Cleveland Division of Police will take to address the pattern and practice of unconstitutional policing in the city. If no agreement had been reached, DOJ could have sued the city to force a change in its policing.

The agreement comes just days after Cleveland police officer Michael Brelo was acquitted of criminal charges for his role in the deaths of two black residents in November 2012. He faced as many as 22 years in prison for two counts of voluntary manslaughter after he fired 49 shots at Timothy Russell and Melissa Williams, including 15 through the windshield while standing on the hood of Russell's car.

Though Russell and Williams were each shot more than 20 times, medical examiners for both the prosecution and defense testified that it could not be determined which of the shots fired by more than 13 officers were fatal.

As many as 71 people were arrested in protests over the weekend after the verdict was issued.

Last December, a Justice Department investigation found that Cleveland Division of Police found that police officers had engaged in a pattern and practice of using excessive force when investigators examined nearly 600 cases of use of force between 2010 and 2013.

In addition to using deadly force, including shootings and head strikes with impact weapons, DOJ found that officers had used unnecessary, excessive or retaliatory use of less lethal force like Tasers and chemical spray, had used excessive force against people who were mentally ill or in crisis, and had employed poor and dangerous tactics.

Prior to the investigation, a 12-year-old black boy named Tamir Rice was fatally shot in Cleveland while holding a pellet gun. The Cuyahoga County Sheriff said earlier this month that investigators still have a few more witnesses to interview before it will be handed over to the prosecutor's office for a decision on whether or not to file criminal charges.