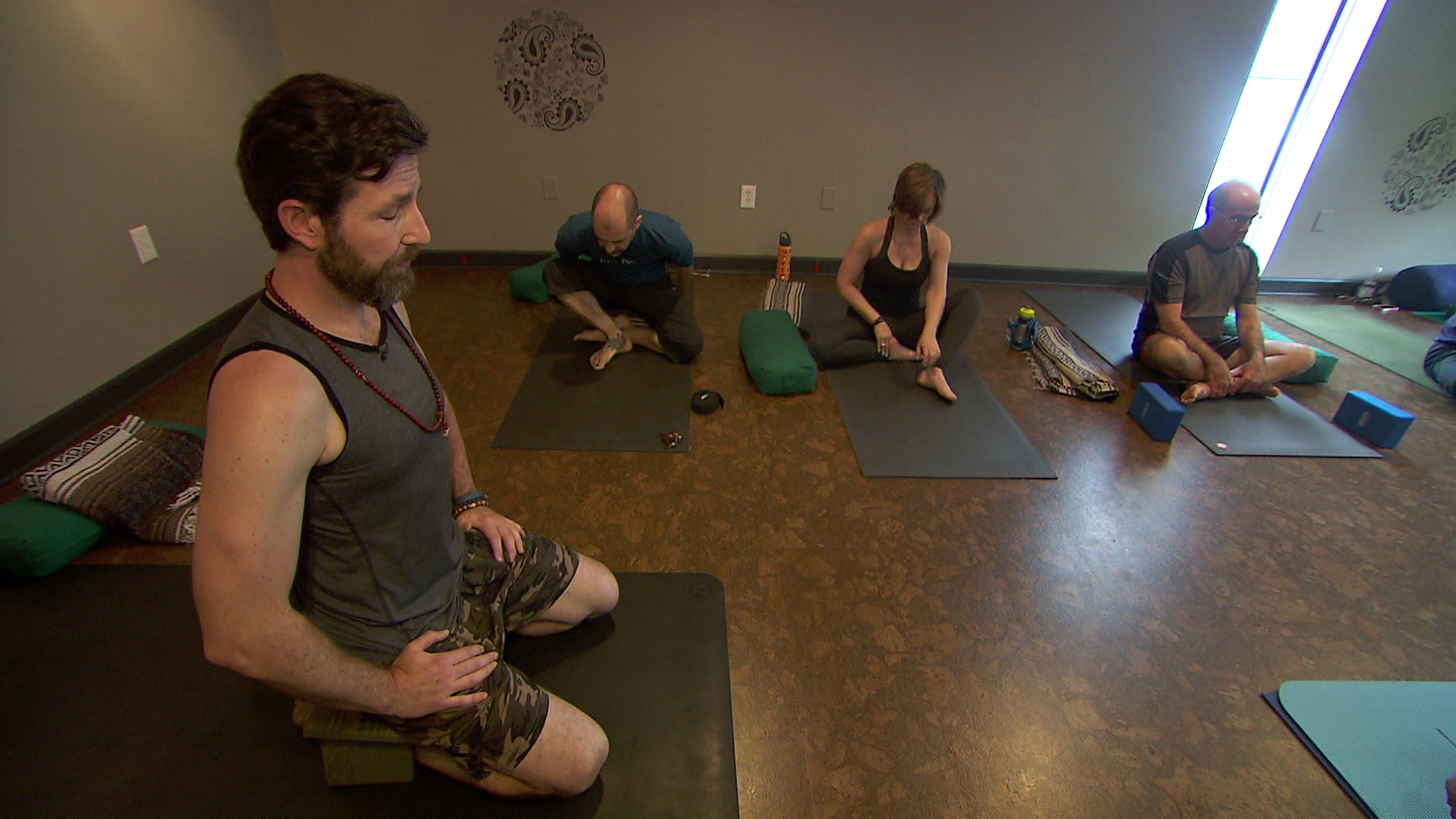 "(To) those who know me, I am a happy, happy guy," Eder said. "I am happy right now. There is a good chance in three minutes from now sh** is going to hit the fan and everything changes," Eder said.

PTSD afflicts about 20 percent of U.S. forces who served in Iraq and Afghanistan. Symptoms include severe anxiety, depression and a constant sense of danger.

"If the bear came into this room right now, we both need to get up and go. But imagine not being able to get down. I am always running from the bear," Eder said.

Eder said the only thing that keeps "the bear" at bay, is yoga. He now teaches yoga, and many of his clients are veterans with PTSD.

"I do not know where I would be without my yoga and my meditation practice," he said.

He said he'd probably be a statistic; one of the estimated 22 U.S. veterans who take their own lives every day.

One challenge, he says, is that many vets -- especially men -- see yoga as something that doesn't fit the warrior mold. But when a vet with PTSD gives it a try, Eder said, he's usually hooked.

"When a warrior sits down to meditate, we know how to focus, and it happens like that," he said.

Dr. Ajit Pai, Chief of Rehabilitation at the Richmond Virginia VA Hospital, agrees that yoga works for people with PTSD.

"There is more and more literature and research out there, especially that's driven by VA, that yoga helps PTSD," he said.

Pai said the VA has taken notice, and now offers a broad range of alternative techniques for patients with PTSD, including yoga and Chinese practices such as chi gong, tai chi and even acupuncture.

"You will see certain folks just come to a level where they have tried everything," Pai said.

People like Roy Webb, a Marine who served in Vietnam and suffered from PTSD and insomnia for 40 years before finding yoga.

"I did feel at total peace, like I hadn't known in years," Webb said. "You don't have all those thoughts flying through your mind at night."