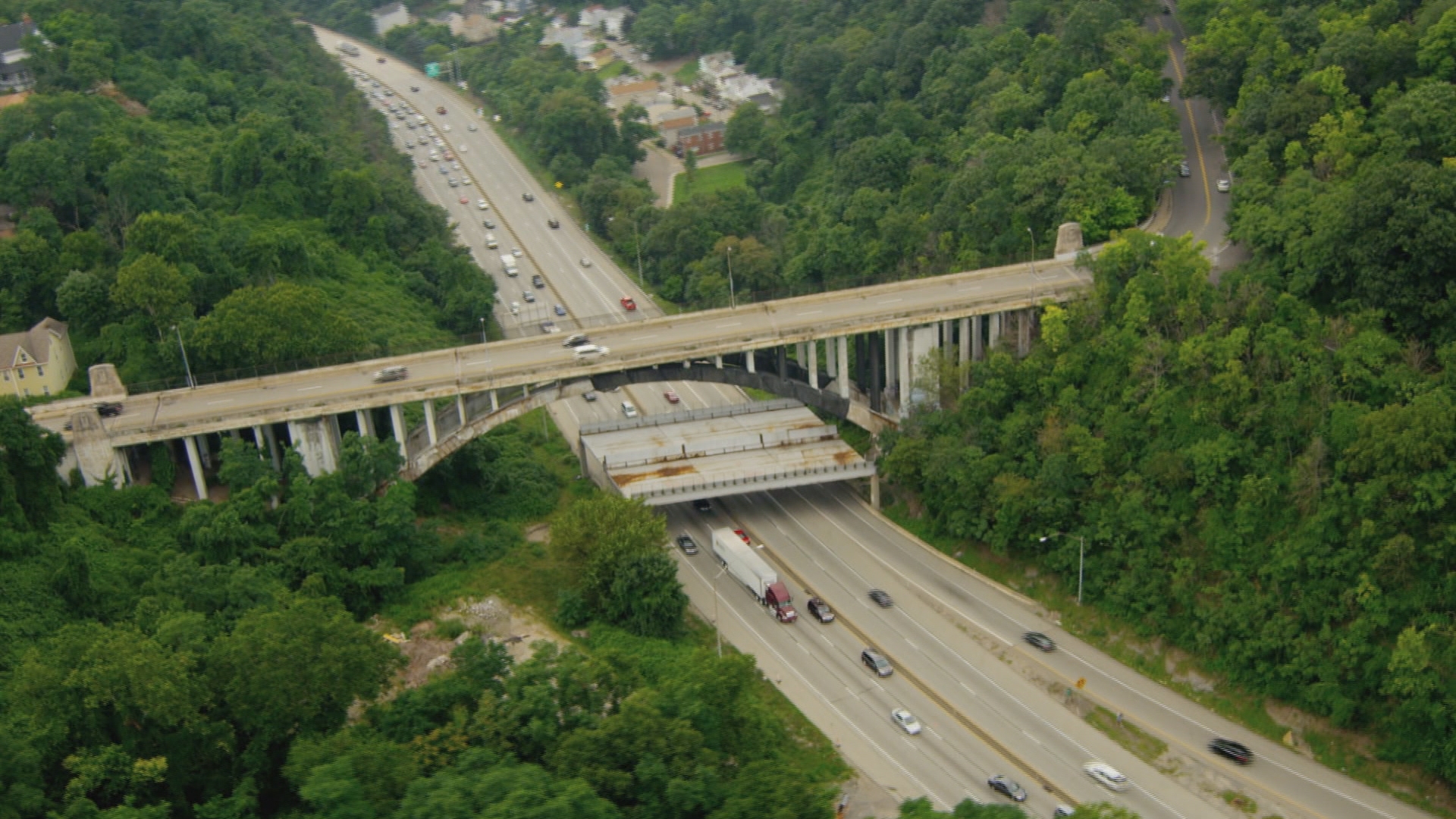 It's one thing Donald Trump and Hillary Clinton unambiguously agree on: Roads, bridges, airports and other U.S. infrastructure assets are in woeful condition. Both have pledged, if elected, to invest hundreds of billions of dollars on upgrades and put millions of people to work in the process. But is either candidate pledging to do enough?

Donald Trump gave a speech Monday in Youngstown, Ohio, ostensibly about combating radical Islamic terrorism. He focused on two themes; rooting out and blocking entry of extremists, and an end to U.S.-driven regime change. Deb Sopan says both concepts were laid out with scant detail and myriad inaccuracies.

Historic flooding in Louisiana is responsible for at least seven deaths, and more than 11,000 people have been left homeless. Much of the southern portion of the state is still under a flood warning. We go along on a search-and-rescue mission into a flood zone in Ascension Parish.

Last year, Arshell Dennis described Chicago as "a pretty nice place," but acknowledged it's a tough place to grow up. He escaped the violence and went to college, but back at home to visit his mother, he became the 436th person slain in the city this year. It was a senseless crime, and it hit home for the police superintendent.

Families with severe allergies often rely on EpiPens to deliver a dose of potentially life-saving medicine if a someone has a bad reaction. But the cost of EpiPens is surging; up more than 480 percent since 2009, putting the pinch on many Americans. We meet a family that has felt every bit of the price rise.

Democratic vice presidential nominee Tim Kaine showcased his Southern flair yesterday by stepping out of his "comfort zone" on the campaign trail. Kaine and his wife, Anne Holton, stopped by Buxton Hall Barbecue, a local favorite in Asheville, N.C., and ended up belting out a few tunes with some musicians.

Clinton: "Nobody will love Scranton more than I will"

Clinton FBI interview notes to be released to Congress

Don't let a lack of flood insurance sink your home

How big businesses get tax breaks meant for little guys

How can I get my aging parents to talk about money?

Could Tylenol during pregnancy up risk of ADHD in kids?