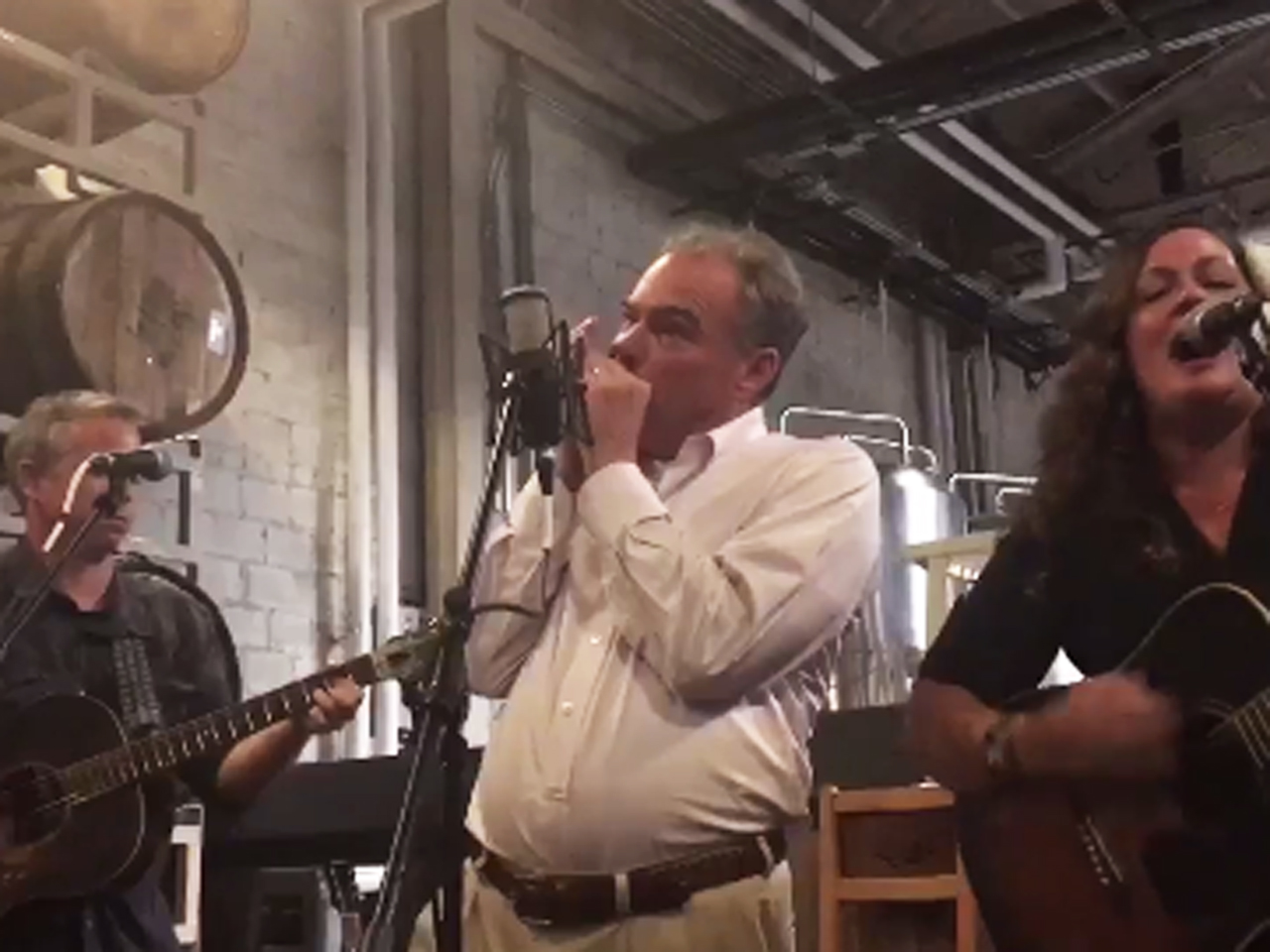 Kaine and his wife, Anne Holton, stopped by Buxton Hall Barbecue, a local favorite, and made the rounds, greeting patrons before visiting the Catawba Brewery next door, where Kaine played his harmonica and belted out a few tunes with musical artists Nikki Talley and Jason Sharp.

Kaine, stomping his feet to the beat, joined in on their rendition of the popular songs "Wagon Wheel" and "My Home's Across The Blue Ridge Mountain" while his Holton displayed her clogging routine.

"That felt great," Kaine said before grabbing a local draft beer called the "White Zombie" after his performance. "Nothing makes me more nervous than doing that. But it's good to get out of your comfort zone."

The Virginia senator made the stop after a rally with a few hundred voters hours earlier in a gymnasium in Asheville, where he asserted his neighboring state would be "really important" this election cycle.

"We're looking good in some polls in North Carolina right now. ... I love them," Kaine said. "But you just gotta remember, this has been a season of surprises."

After predicting the upcoming election will be tight, Kaine suggested the key to winning close races is to avoid overconfidence, saying, "The way I win races, close races is this... I'm the underdog until they call me the winner."

Kaine continues his swing through North Carolina Tuesday, stumping for votes in Fayetteville.