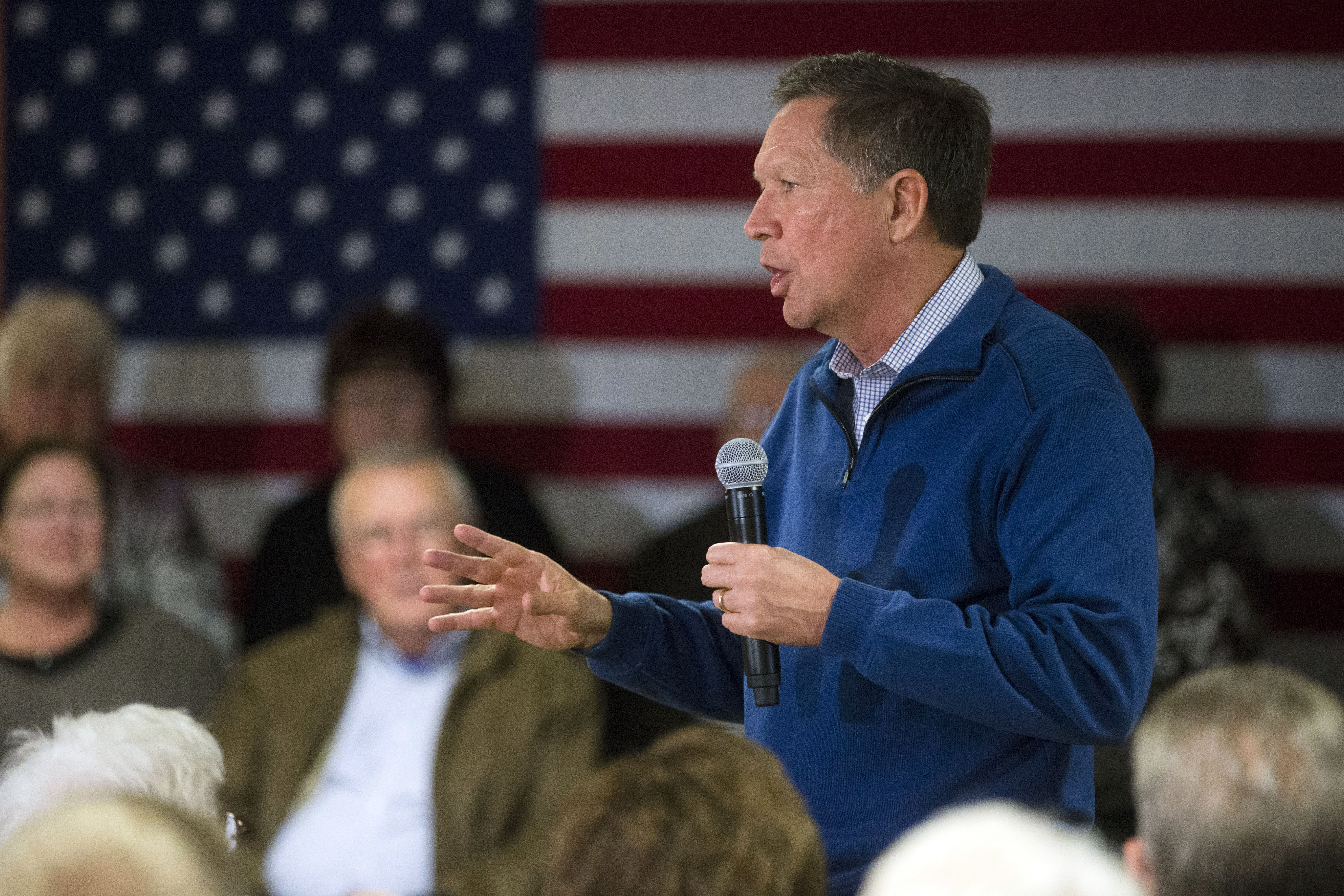 Ohio Gov. John Kasich is banking on a strong showing in New Hampshire's first-in-the-nation primary on Tuesday to keep his campaign alive. Yet it's not just Republican support he's looking for -- the conservative governor may need to win over a decent number of New Hampshire's undeclared voters to keep from fading out of the race.

"The Republican Party is my vehicle, but it has never been my master," he assured a crowd in Keene over the weekend.

New Hampshire is known for its independent streak, in part because of its primary voting rules. The state's undeclared voters -- those who are not registered with either the Democratic or the Republican Party -- can choose to vote in either party's primary. As many as 44 percent of New Hampshire's voters are undeclared, which is a greater share of voters than either Democrats or Republicans can claim. On top of that, there are more of them than ever before.

The percentage of undeclared and independent voters in New Hampshire has been "steadily climbing over the course of decades, and now reached it's highest point," Steve Koczela, president of The MassINC Polling Group, told CBS News.

Because they can vote in either primary -- and a portion of them are still mulling over that choice -- "the influence they could have on either primary is an unknown going in," Koczela said.

Anne Harris of Bow, New Hampshire is one such voter: At a Kasich event last Saturday, she told CBS that she's still "deciding between one of the [GOP] governors or Bernie Sanders."

"I'm choosing who I'm going to be able to choose in November," she said. Kasich, she added, "seems reasonable, he's been a governor of a state. If it seems like these guys won't have a chance to make it, then I may want to vote for Bernie. Yeah, Kasich seems reasonable. I gotta go through the list to see who I can make it to. It'll be a gut feeling."

The poll also showed the impact these voters could have on Kasich's standing: If all of the undeclared voters -- excluding the 29 percent who are certain they'll vote in the Democratic primary -- turned out for the GOP race, Donald Trump would win 20 percent of those votes, and Kasich would win 19 percent. However, if the undeclared voters turned out mostly for the Democratic primary, Kasich would suffer the most.

The last-minute decisions of some undeclared voters are unlikely to hurt Donald Trump, who has a wide lead in polls out of New Hampshire, "but in terms of shifting the other candidates around, where the independents vote can have quite a difference there," Koczela said.

In 2008, undeclared voters showed a preference for then-Sen. Barack Obama, but Hillary Clinton ultimately won the state with more support from registered Democrats. A similar scenario may play out this year -- although polls currently show Sanders with a large lead over Clinton among voters overall.

Even so, Sanders on Tuesday didn't seem to be taking his support in the state -- from Democrats or undeclared voters -- for granted. At 5:30 Tuesday morning, the Vermont socialist was standing on top of a pick-up truck, addressing supporters in a cold, dark parking lot in front of a Chinese restaurant in Bow, New Hampshire.

"We just got in from Iowa, where we astounded the world," Sanders said, adding that his campaign to take on "big money" is "resonating all over America."

"I'll tell you something else... It's not just progressives, it's not just Democrats who are profoundly disgusted with a campaign finance system that allows billionaires to buy elections," he said to cheers.