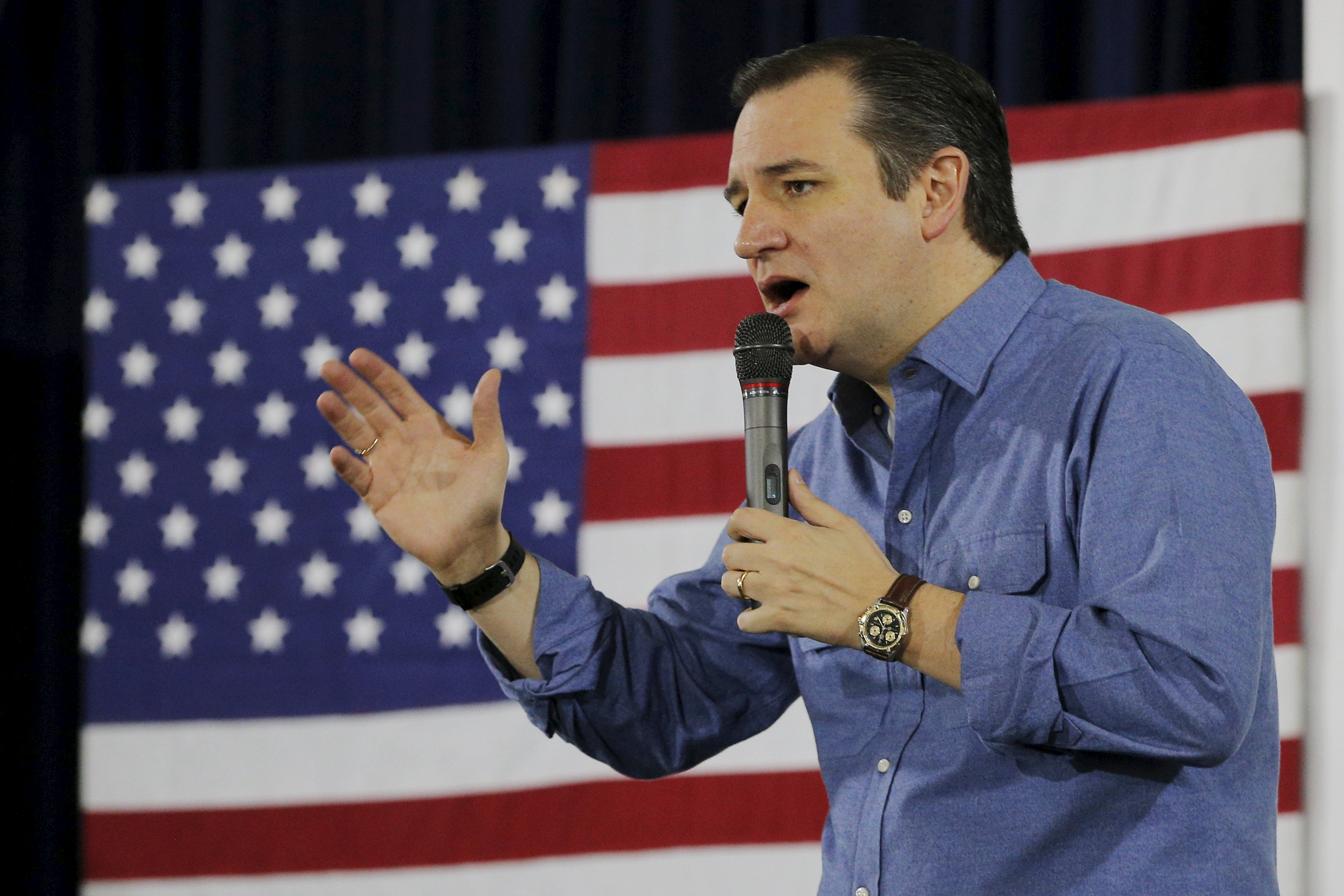 In Iowa, Ted Cruz comes down on the wrong side of a major issue: ethanol. The renewable fuel is made from corn, among other things, which means that many people in the corn-rich state support the Renewable Fuel Standard (RFS), which mandates that gasoline be blended with a certain percentage of ethanol.

Cruz is one of just two candidates who doesn't support the RFS (the other is Sen. Rand Paul, R-Kentucky, who similarly wants to lift other regulations that suppress ethanol use to offset eliminating the mandate) and he's taken plenty of fire for it from a group dedicated to promoting renewable fuels. But he's sticking to his guns, and on Wednesday tried to go on the offensive with his message.

"Just yesterday, Donald Trump promised not only to protect the ethanol mandate but to expand it to have the federal government do even more picking winners and losers by mandating ethanol be a larger part of the marketplace," Cruz said at a New Hampshire event where he was asked about his stance. "There's a reason why the lobbyists and Democrats want you focused on the ethanol mandate -- because it keeps Iowa dependent on Washington. It keeps you coming back every year and paying the lobbyists so that they get rich because it's Washington politicians setting the rules... I would get rid of all the mandates and have a level playing field."

It dovetails perfectly with Cruz's anti-Washington campaign. He accuses some of his Republican rivals of going to "kiss the ring of the ethanol mandate" in Iowa even though they once opposed it.

"Cruz is all about a particular brand," Drake University Political Science Professor Dennis Goldford told CBS News. An ideological purist such as Cruz "may be willing to endure a certain amount of loss of support by taking this position and sticking to it... On the other hand, they have as much or more to gain by being seen as strong and tough and that brand," he said.

Once upon a time, opposing the RFS was a death knell in the Iowa caucus. University of Iowa Political Science Professor Timothy Hagle said that back in 2000, Sen. John McCain figured his opposition to the RFS would doom him in Iowa, so he didn't bother campaigning there and went straight to New Hampshire.

Nowadays, Hagle said, "I'm not sure it's sort of the deal-killer kind of a thing."

Part of that, he explained, is that the party has changed, and Cruz's end-all-subsidies stance "usually appeals to Republicans."

"While I would say that ethanol is an important issue in Iowa, is it THE issue? Is it a dominating issue? I wouldn't put it that high," Goldford said.

That's not to say Cruz won't take heat for it. On Tuesday, Iowa Gov. Terry Branstad told reporters Cruz is "heavily financed by Big Oil" and said he could be "damaging to our state." Asked whether he wants to see Cruz defeated, Branstad replied, "Yes."

The question, of course, is whether that will matter. Iowa Republican political operative Eric Woolson - who once served as Branstad's spokesman - said in today's climate, it won't.

Branstad's son, Eric, is also trying to press Cruz on the ethanol issue in his role as the head of America's Renewable Future, a coalition group dedicated to protecting the RFS.

The group's website shows a singular focus on Cruz, who is vying with fellow Republican candidate Donald Trump for the top spot in Iowa. One of the group's radio ads claimed Cruz supports subsidies for big oil, but not ethanol, and that the policies he supports "threaten rural Iowa and thousands of jobs." Cruz's campaign tried to get radio stations to pull the ad, arguing it is "blatantly false" because he wants to end all energy subsidies.

The group plans to send a candidate report card to its more than 50,000 pledged caucus-goers. Only Cruz and Paul get a "bad rating" by the group. All other candidates - Democrats and Republicans alike - get a "good rating."

But it's unclear even that will hurt Cruz in the caucus. The group told Bloomberg News that slightly more than half of their pledges are from Republican voters (in 2012, there were 121,503 Republican caucus participants). And those caucus-goers have a whole slate of candidates to chose from who support the RFS.

"It's not as though there is one pro-ethanol candidate and everybody consolidates behind him," Woolson said. "It's too broad of a race for the pro-ethanol people to benefit."

The other Cruz-basher on ethanol is Trump, who called Cruz "anti-Iowa" because of his ethanol position at a Des Moines rally in December. He also suggested that Cruz opposed the Renewable Fuel Standard because of the oil companies in his home state of Texas.

Trump said at the Renewable Fuels Summit earlier this week that he would encourage regulators to end restrictions that keep higher blends of ethanol and biofuel from being sold (Cruz, in an early January Des Moines Register op-ed defending his ethanol position, called for the same thing). And he said Branstad's statement about Cruz was "appreciated by many people."

His voters seem to think so.

"It has been between Cruz and Trump, but I would have to say that Terry Branstad -- who I have been supporting since the beginning of time -- when he steps forward and says Cruz is not good for Iowa because of his stance on ethanol, it makes you take a step away from Cruz and a step towards Trump," said Carolyn Frescoln, who attended Trump's rally in Norwalk, Iowa Wednesday.

But Norwalk also supported the presidential campaign of Sen. John McCain in 2008, even though he opposed the RFS.

There's also the fact that Cruz has been targeting his message heavily toward evangelical voters, a powerful bloc in the Iowa caucuses. In 2012, 57 percent of caucus-goers described themselves as born-again or evangelical Christians.

"The evangelical voters are voting on values and principles and character, and they care about a candidate based on those things," Woolson said. "They're not really moved by ethanol."