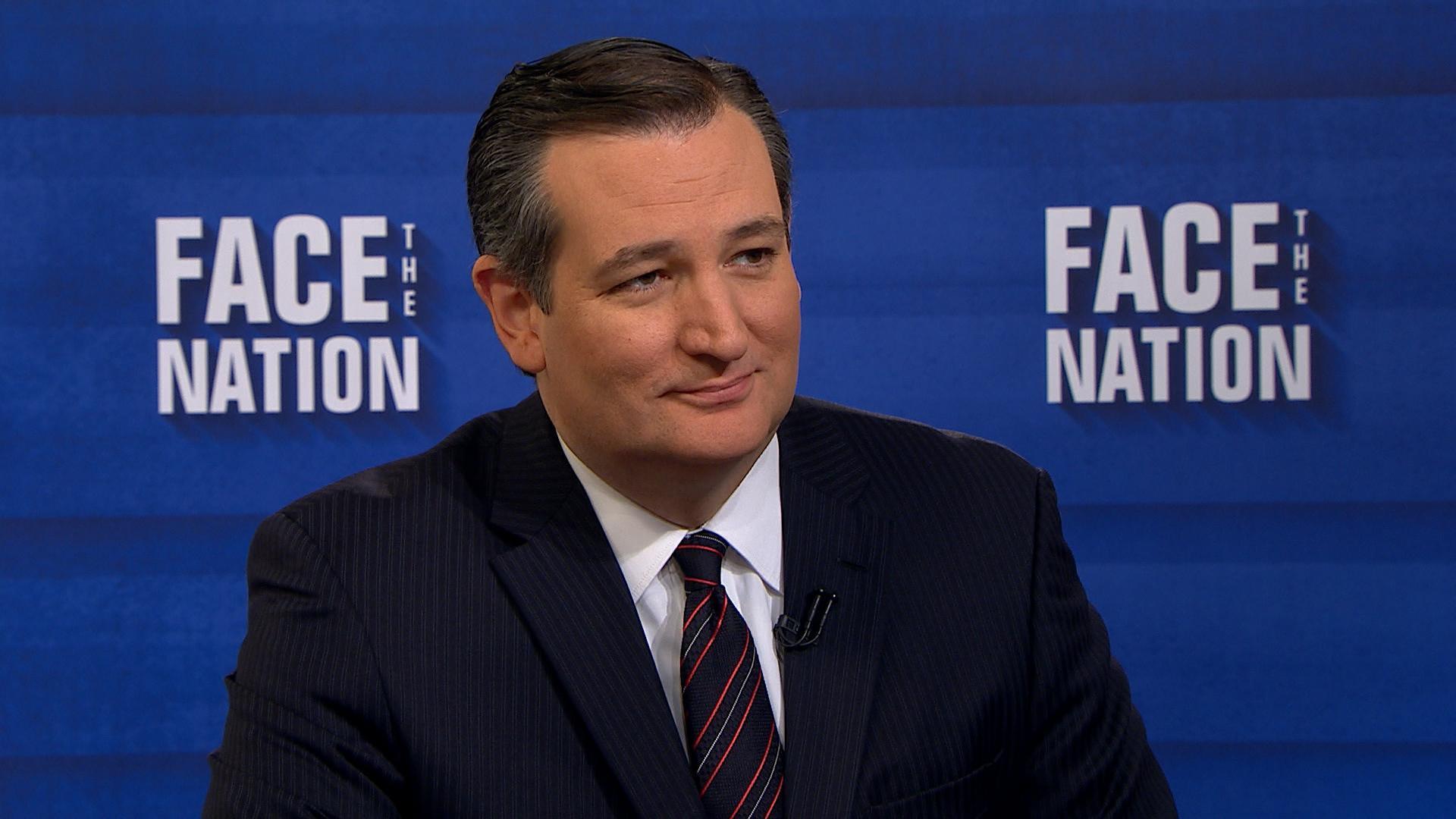 WASHINGTON -- As Republicans continue to debate their plan for health care overhaul, Sen. Ted Cruz, R-Texas, said Sunday that he won’t vote for the bill as it stands because it will not solve the problem of rising insurance premiums.

“I cannot vote for any bill that keeps premiums rising,” Cruz said on CBS’ “Face the Nation.”

“Look, there has been no issue I’ve devoted more time and energy to than Obamacare, stopping this disaster,” he said. “We have a chance for an incredible, substantive win for the American people and I’ve got to tell you I am spending night and day meeting with House members, meeting with senators, meeting with the administration.”

Cruz said that when he returns to his home state of Texas, the first thing he hears from constituents is that they can’t afford their premiums -- and that they’ve risen dramatically in recent years.

“My biggest concern with the House bill is it doesn’t lower premiums,” Cruz said. “And [the Congressional Budget Office] in fact projected that in the first two years premiums would rise 10 to 20 percent.”

As a result, he said of the current House bill: “I do not believe it will pass the Senate.”

“I’ve got to tell you, if Republicans hold a big press conference and pat ourselves on the back that we’ve repealed Obamacare and everyone’s premiums keep going up, people will be ready to tar and feather us in the streets,” he said. “And quite rightly.”

Congressional GOP leadership has said the process for replacing Obamacare will take place in multiple steps: the first bill, which has already been proposed, will establish the framework and subsequent legislation will include provisions to help lower those premiums.

But Cruz said because of Senate procedures, it’s unlikely that the future legislation would actually be able to pass with the required 60 votes -- meaning they need to tackle the entire solution in one unified piece of legislation.

“That ain’t going to happen,” he said. “It’s their so-called ‘three bucket solution,’ which is all the good stuff is in bucket three. Bucket three takes eight Democrats -- right now Senate Democrats are opposing everything.”

Cruz said the only way to ensure in the short term that premiums don’t rise is to repeal the various insurance mandates included in Obamacare.

“If we don’t, this bill doesn’t pass and if it doesn’t pass it’s a substantive and political disaster for everyone,” he said.

The Texas senator, who has been in touch frequently with Mr. Trump about the bill, said he believes the president is open to negotiating on these issues.

“I think the president right now is listening to the arguments on all sides,” he said. “He wants to get to yes and I want to get to yes but we actually have to solve the problem, that’s my focus right now.”

As for Mr. Trump’s allegations that President Obama ordered a wiretap on Trump Tower during the 2016 campaign, Cruz said they are “serious” allegations that the current congressional investigation will fully elucidate.

“I don’t know what basis the president has for these allegations, they’re serious allegations,” he said. “He is now the President of the United States: the Department of Justice, the FBI, the CIA, they all report to him. We should examine what the evidence is -- I think it would be quite good for the administration to put forward what evidence there is.”

Cruz added that the likelihood the Obama administration was monitoring Mr. Trump or his team is “not necessarily as outlandish as everyone in the press suggests,” saying the Internal Revenue Service’s targeting of conservative groups is proof that Obama’s team “targeted their political enemies.”

And with Supreme Court nominee Neil Gorsuch’s confirmation hearings beginning this week, Cruz said he believes there’s a 50-50 chance Democrats will filibuster the hearings -- but that he is confident that Gorsuch will be confirmed within “a month or two.”

“I think it’s 50/50 whether the Democrats filibuster -- they don’t have any good arguments against Gorsuch, but they’re furious that we’re going to have a conservative nominated and confirmed,” he said.

Still, Cruz added: “He’ll either have 60 votes and be confirmed or otherwise whatever procedural steps are necessary. I believe within a month or two Neil Gorsuch will be an associate justice of the Supreme Court.”