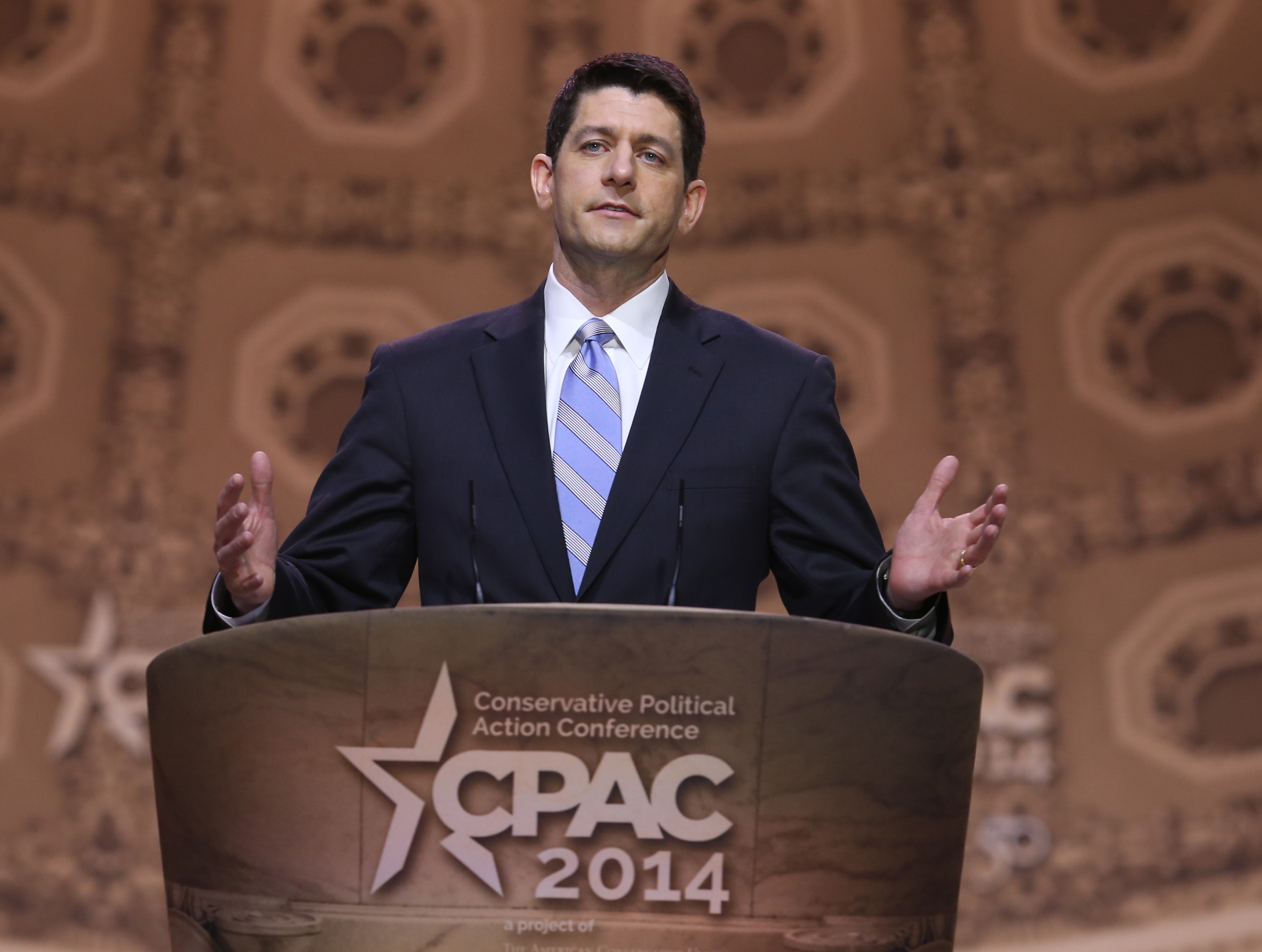 National Harbor, Md. The Republican Party is ready to win the midterm elections this November -- but more importantly, ready to lead, a number of congressional Republicans said Thursday at a conservative gathering just outside of Washington.

"I think there are a lot of reasons to be optimistic," Rep. Paul Ryan, R-Wis., said at the Conservative Political Action Conference, acknowledging that his 2012 campaign as Mitt Romney's running mate didn't go quite as planned. "I think the left is exhausted, our side is energized. On Election Day, we're going to win."


Republicans in Congress managed to drain a large amount of their political capital late last year as they split over whether it was worth shutting the government down over the federal budget. Meanwhile, some high-profile Republicans -- including Senate Minority Leader Mitch McConnell, R-Ky., -- are facing energetic opposition from tea party conservatives.

Ryan, however, said the intra-party tussling amounts to a "vibrant debate."

"Sure we have our disagreements, and yes they can get a little passionate," Ryan told an audience at the Conservative Political Action Conference. "I like to think of it as creative tension."

Ryan said Republicans would prevail in November because Democrats are "out of ideas," proven by the fact that after five years in power "all they have to show for it is this lousy website," alluding to HealthCare.gov.

"For the president and his allies, this campaign will not be a sprint or marathon, it's going to be a 50 yard dash," Ryan said.

Given the struggles with the Obamacare rollout and polls showing the public has lost confidence in President Obama, conventional wisdom suggests Republicans should "sit on our hands, keep our heads down," noted Sen. Mike Lee, R-Utah, a tea party favorite. "Let President Obama's failures preserve a Republican majority in the House and win one in the Senate."

"We've not yet won back the trust of the American people or explained exactly why they should give it to us," he said. "2014 must be the year we change that."

Gov. Chris Christie, R-N.J., similarly said, "Our ideas are better than [Democrats'] ideas, and that's what we have to stand up for."

Sen. Ted Cruz, R-Texas, who like Lee was one of the tea partiers elected in the 2010 midterms, listed a series of ideas Republicans should get behind.

We need to abolish the IRS, we need to adopt a simple flat tax, where every American can fill out his taxes on a postcard," he said. He also called for the repeal of the Dodd-Frank Act, a balanced budget amendment, and a law to audit the Federal Reserve.

Cruz also stressed the need to reduce alleged government corruption -- suggesting, for instance, there should be a lifetime lobbying ban for former members of Congress. "We need to tell the truth, the truth is that Washington is corrupt," he said. "More and more people are making great wealth in Washington, Wall Street prospers and Main Street suffers."

"There is only one nation on Earth capable of rallying and bringing together the fee people on this planet to stand up to the spread of totalitarians. The United Nation cannot do this -- in fact, they cannot do anything," Rubio said to applause.

Rubio described the possible world that could emerge, should the United States fail to lead -- one "where North Korea can blow up California or the west coast of the United States with a nuclear weapon" or China controls the South China Sea.

"Without American engagement," he said, that world is "not just a possibility, it is a real probability."

The senator added, "That doesn't mean we're going to be in 15 wars... It also doesn't mean we can solve every conflict." However, he said, "We cannot ignore the reality of who we are."

Business magnate Donald Trump also spoke about foreign policy at CPAC, charging that other countries have no respect for the United States' "weak" and "pathetic" leadership.

However, he suggested the U.S. should intervene less abroad "because we don't have any money, because we're spending it in other places where, frankly, they don't want us and I don't want them."

"Maybe by next month we will have surpassed the late, great Jimmy Carter," he said of the still-living former president.