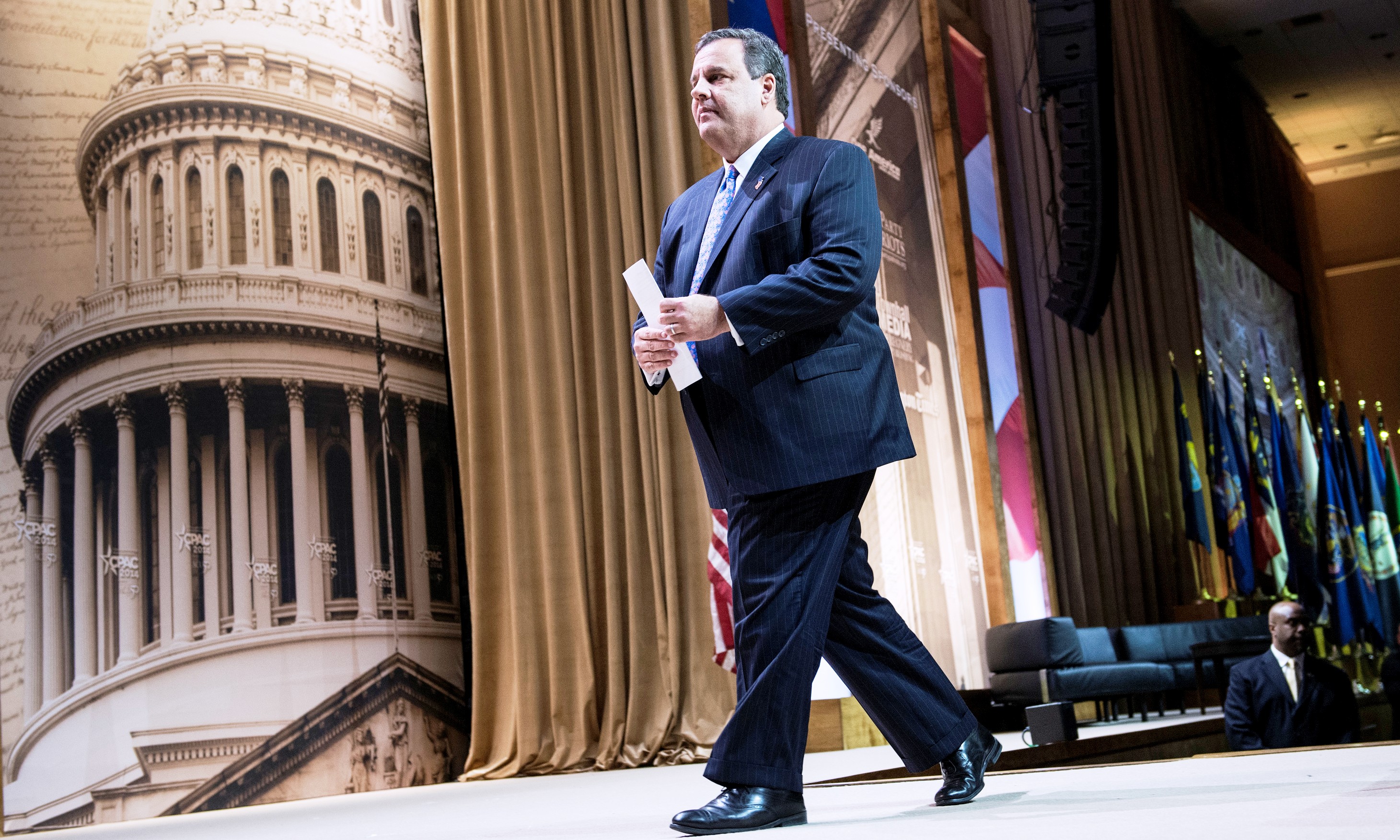 Embattled Gov. Chris Christie, R-N.J. on Thursday attempted to reassure conservatives gathered outside of Washington, D.C. that -- in spite of his leadership of a deep-blue state and his occasional partnerships with President Obama -- he is one of them.

"Our ideas are better than their ideas, and that's what we have to stand up for," Christie said at the Conservative Political Action Conference, an annual event that attracts college Republicans, conservative activists and other GOP stalwarts.

Christie slammed Mr. Obama's leadership, spoke at length about his "pro-life" beliefs, touted his conservative economic record and aligned himself with other solidly conservative ideas. However, he argued that conservative ideas must be more clearly laid out. For instance, Christie said Republicans can "say we're pro-life and proudly pro-life," but must be "pro-life when they leave the womb as well."

The governor pointed out that he is the only "pro-life" governor that's been elected in New Jersey since the landmark Roe v. Wade Supreme Court decision.

Christie also touted his fiscal conservative credentials pointing out that -- even after Mr. Obama won New Jersey by a margin of 17 points in 2012 -- he helped enact significant budget cuts there and dramatically shrunk the state government.

"There are 6,000 fewer state employees today than the day I was sworn in as governor," he said to applause.

Christie also spurned Mr. Obama's economic message, declaring, "We don't have an income inequality problem, we have an opportunity problem in this country because government's trying to control the free market."

He blasted Mr. Obama for deciding to "stay as far away from it as possible" from the congressional "supercommittee," which failed at its charge of finding a responsible way to significantly reduce the deficit.

"Leadership is not about standing on the sidelines and spitballing," Christie said. "That's all we see all across Washington, D.C."

"He knew they [the supercommittee] were doomed to failure, man that's leadership isn't it? If you're a leader of the government and you see something about to go off the rails, what you decide to do is stay as far away from it as possible, well my question now is the same I had then, if that's your attitude Mr. President, then what the hell are we paying you for?" Christie continued.

The governor railed against other leaders in Washington, specifically calling out Senate Majority Leader Harry Reid, D-Nev., for attacking Charles and David Koch, the billionaire entrepreneurs who back conservative campaigns.

"Harry Reid should get back to work and stop picking on great Americans," he said.

While Christie has been considered a potential presidential candidate for some time, the conservative base has been wary of the blue-state governor. His cooperation with President Obama -- particularly in the wake of Superstorm Sandy, which hit at the height of the 2012 campaign season -- gave life to doubts over the governor's commitment to conservatism.

In spite of those concerns among the conservative base, Christie easily won re-election last year and has had the opportunity to raise his national profile as head of the Republican Governors Association. However, Christie's political ascendance was sidetracked this year by the scandal over the lane closures on the George Washington Bridge that his aides and allies seemingly ordered for political reasons.

Polls suggest the controversy has taken a toll on his standing with the public. In a McClatchy-Marist poll released in February, he trailed former Secretary of State Hillary Clinton in a head-to-head matchup by a margin of 58 to 37 percent -- a contest where he was in a dead heat as recently as November.

And, in the most recent CBS News/New York Times poll, Christie trailed Sen. Rand Paul, R-Ky., and former Gov. Jeb Bush, R-Fla., among Republicans who were asked which potential candidates they would like to see run. In fact, more (41 percent) said they would not like Christie to run for president than said they would (31 percent).