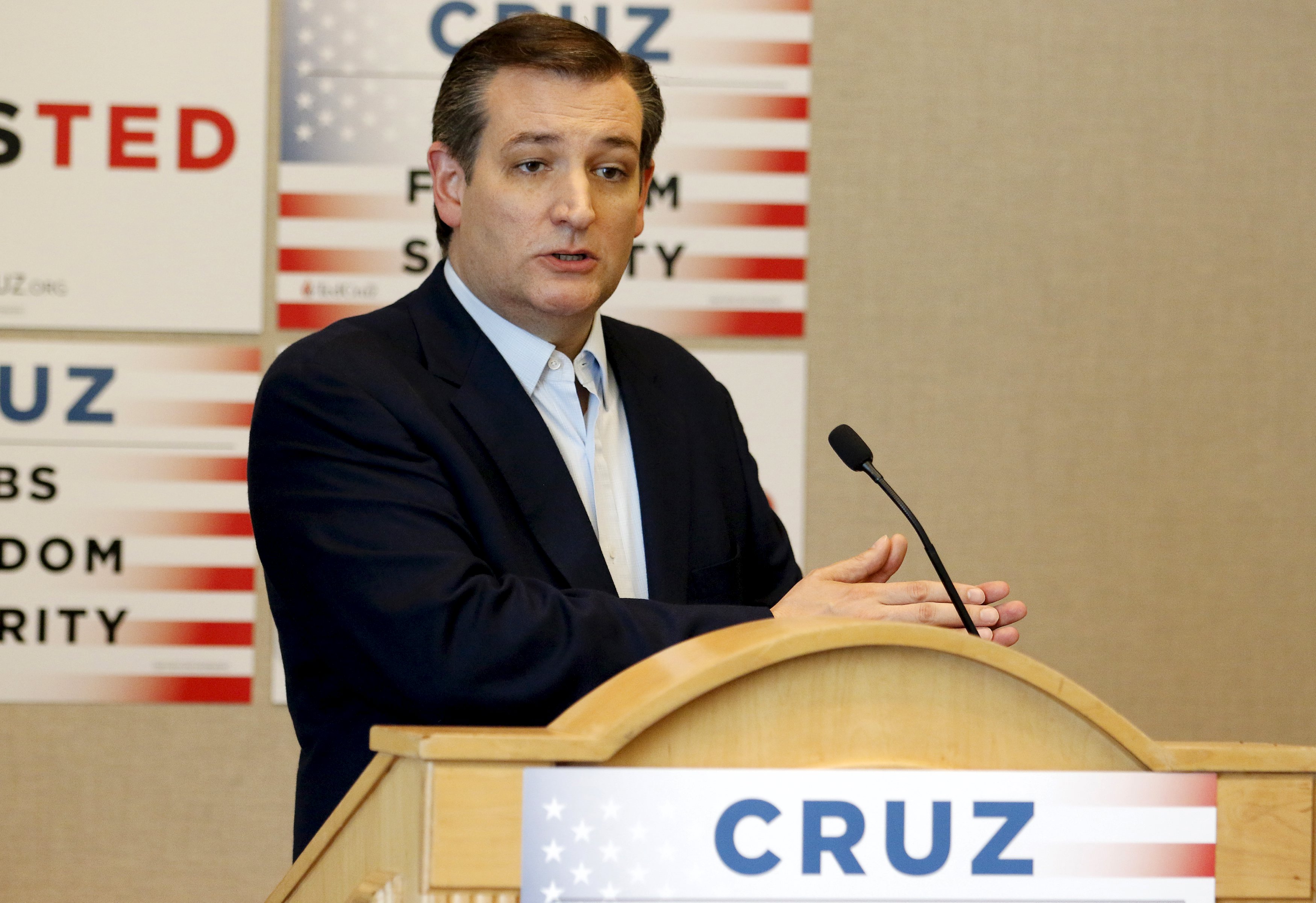 Earlier in the day, Cruz said the country has "gone off the deep end" over the issue of transgender bathroom use. "As you know, my daughters are 5 and 8. My 5-year-old knows the difference between boys and girls," Cruz told Glenn Beck in a radio interview.

"That's not a reasonable position, it is simply crazy and the idea that grown men would be allowed alone in a bathroom with little girls -- you don't need to be a behavioral psychologist to realize bad things can happen, and any prudent person wouldn't allow that," he continued. "And it is only the lunacy of political correctness, ESPN fired Curt Schilling for making the rather obvious point that we shouldn't allow grown adult men strangers alone in a bathroom with little girls, that's a point anyone who is rational should understand."

The Texas senator and GOP hopeful also tweeted about the issue Thursday morning:

Cruz was referring to the Wednesday firing of Curt Schilling, the baseball player-turned-ESPN commentator who was fired from the network for his comments on social media about the North Carolina law.

The Facebook post Schilling shared showed a man dressed in a wig and women's clothing, reading, "LET HIM IN! To the restroom with your daughter or else you're a narrow-minded, judgmental, unloving racist bigot who needs to die."

Trump, asked about the issue during a town hall on NBC's "Today Show" Thursday morning, said North Carolina is "paying a big price" for its law requiring transgender individuals to use the bathroom that corresponds with their birth gender.

"Look, North Carolina did something that was very strong, and they're paying a big price. And there's a lot of problems," he said. "I heard one of the best answer I heard was from a commentator yesterday saying leave it the way it is right now. There have been very few problems.

"Leave it the way it is," Trump continued. "There have been very few complaints the way it is. People go. They use the bathroom they feel is appropriate. There has been so little trouble."

(In a statement, North Carolina Gov. Pat McCrory's campaign responded to Trump's comments: "Governor McCrory has always said that North Carolina was getting along fine before the Charlotte city council passed its unneeded and overreaching ordinance. Now that it has been overturned, businesses can adopt their own policies - like Target has - instead of being mandated to allow men into women's restrooms by government.")

Asked if he would let Caitlyn Jenner, the former "Keeping With the Kardashians" star, use whichever bathroom she chooses at Trump Tower, Trump said yes. "That is correct," he said.

At a rally in Frederick, Md., Cruz blasted Trump for his comments on the issue, asking if the country had gone "stark raving nuts."

"Donald agreed with Hillary Clinton and Barack Obama in attacking the state of North Carolina for passing their bathroom ordinance," he said. "And Donald on television this morning said gosh he thought men should be able to go into the girls bathroom if they want to. Now let me ask you: have we gone stark raving nuts?"

As Cruz stakes out a staunchly conservative take on the issue, Trump is actually echoing the more moderate approach voiced by Ohio Gov. John Kasich, who told "Face the Nation" last month that he wouldn't have signed the North Carolina bill.

"In our state, we're not facing this, so everybody needs to take a deep breath, respect one another, and the minute we start trying to write laws, things become more polarized, things - they become more complicated," Kasich said. "Why do we have to write a law every time we turn around in this country? Can't we figure out just how to get along a little bit better and respect one another? I mean that's where I think we ought to be. Everybody chill out. Get over it if you have a disagreement with somebody. So that's where I am right now...and unless something pops up, I'm not inclined to sign anything."

"Face the Nation" will have another interview with Kasich on this Sunday's broadcast, along with the latest news and analysis on the 2016 race. Check your local listings for airtimes.