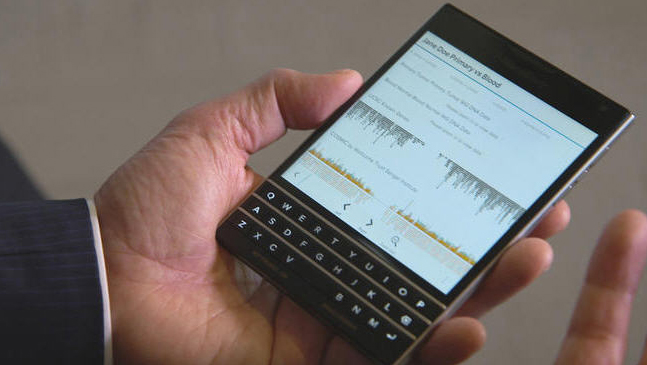 When it comes to the War on Cancer, locating the next generation of life-saving treatments -- and hopefully one day finding a cure -- will take more than the best minds of medicine. It will also take visionaries in technology.

On "60 Minutes" this week, Dr. Sanjay Gupta spoke with Dr. Patrick Soon-Shiong, a scientist, surgeon and billionaire businessman who has thrown himself head-first into some of the most promising research to help beat cancer.

Soon-Shiong is pouring much of his wealth into a number of areas of cancer research, and one of the most promising is cancer genomics. In genomics, doctors map the genome of an individual patient's tumors to find the biomarkers, or genetic misspellings, that are driving their disease, regardless of where the cancer is located in the body. It's personalized medicine at its best. But to pull it off, Soon-Shiong needed to harness the speed and power of technology to access and transmit information with a tap of a finger.

So he teamed up with BlackBerry, the mobile communications company, to develop what he calls "the world's first browser of the cancer genome." If genomics may one day prove to be a magic bullet for treating cancer, then you could say BlackBerry is making the gun to fire that bullet.

"I'm incredibly encouraged to say that we are on the path," Soon-Shiong told Gupta. "And the technology to actually do all these things is not just hypothetical."

Last spring, BlackBerry announced an investment into NantHealth, which is Sooon-Shiong's health care IT company. The two companies pledged to work together to develop secure, HIPAA-certified ways to transmit medical information.

BlackBerry calls the system the NatOmics Cancer Genome Browser. This operating system functions on the BlackBerry Passport, the company's small tablet device that was introduced to the market just a few months ago.

Soon-Shiong told Gupta that he hopes soon any patient will be able to get a biopsy sample of his or her tumor, and a computer would analyze the genome map of the cells, which would in turn help to identify the mechanism behind this specific cancer. The data would be transmitted via cloud technology. This would allow cancer treatment centers, hospitals and others in the research field to build a broader knowledge of cancer genetics to help more patients.

BlackBerry is not alone -- it's just one of a number of consumer technology companies looking to play a role in making cancer history.

IBM has developed cloud-based software to expedite research in cancer genomics. The company partnered with the New York Genome Center to analyze genetic data for patients with glioblastoma, an aggressive form of brain cancer that is diagnosed in about 13,000 patients each year and has a two-year survival rate of 30 percent.

IBM's Watson -- the company's "Jeopardy!"-winning cognitive computing system -- will draw from both modern genomics data and existing databases of biomedical research to help physicians better understand this specific type of brain cancer. Memorial Sloan Kettering Cancer Center is using the IBM Watson to sift and analyze volumes of data and research to quickly identify the best treatments for their patients.

IBM is also developing ways that may help make some of the most cutting-edge cancer treatment work better. The company is harnessing some of their existing software and hardware to help radiation oncologists more effectively conduct proton radiation therapy on cancer patients. Proton radiation therapy works by disrupting the DNA of cancer cells, which hinders the ability for these malignant cells to reproduce. However, the treatment is incredibly costly and must be conducted with a high level of precision. Through specially-designed algorithms, IBM's program helps radiologists simulate how far the proton beams will travel in the body in order to make sure the treatment actually works.

Google is another major tech company getting involved in the fight against cancer. The company is taking on the challenges that come with diagnosing cancer -- perhaps a good branding decision, since millions of people consult "Dr. Google" for medical advice before seeking a real live second opinion.

The Silicon Valley giant announced earlier this year that it's partnering with Ohio State University Wexner Medical Center to develop a nanoparticle technology that can help catch cancer early. A patient would take a pill filled with magnetic, microscopic particles. Once in the body, these particles would bind to malignant cells. A patient would wear a magnetic wristband to attract the nanoparticles and allow the device to generate and analyze the data.

The researchers and developers are still at the early stage of creating such a device, which most likely won't hit the market for at least five years or more.