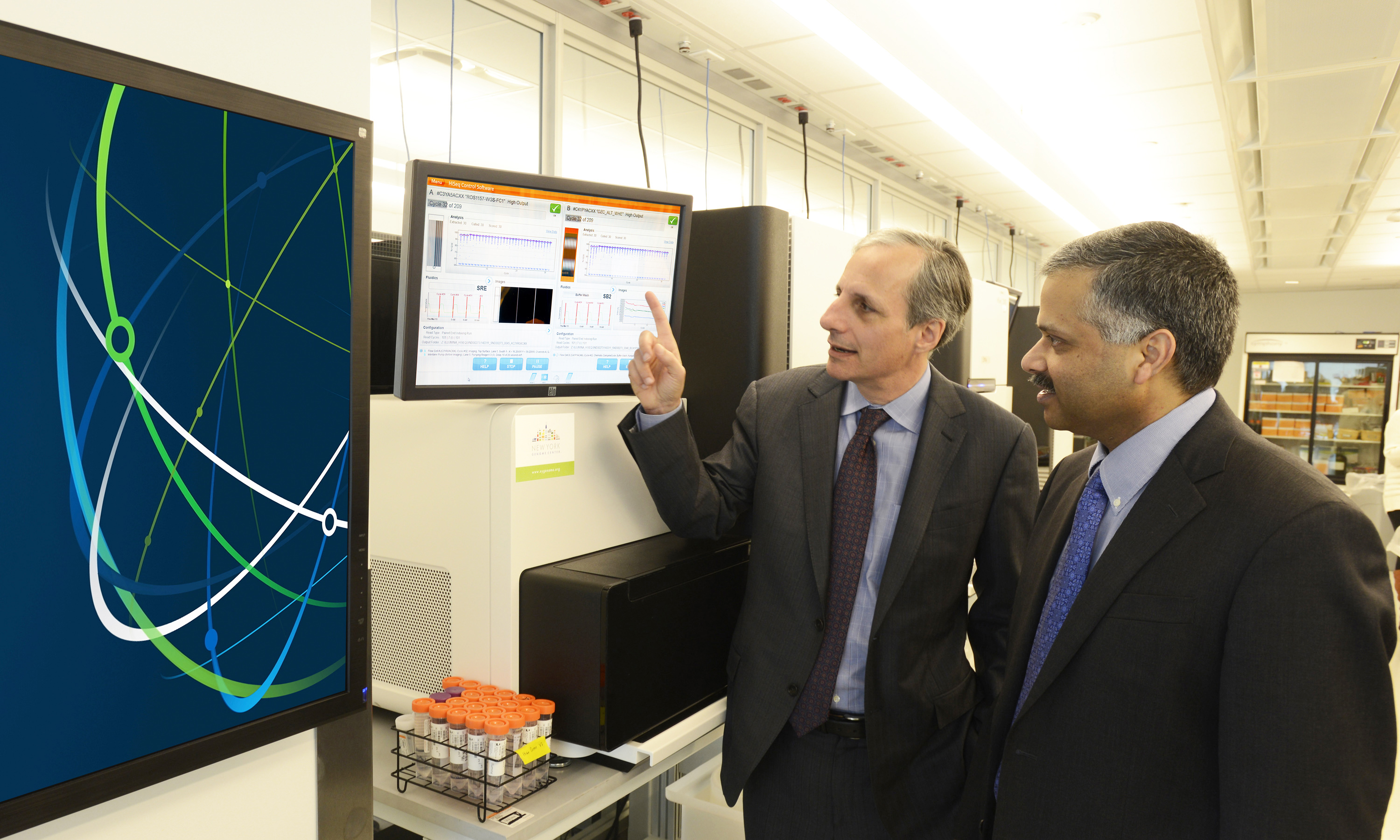 The company said Wednesday that its Watson cloud computing system will be used in partnership with a New York-based genetic research center mainly to help sequence DNA for the treatment of glioblastoma, the most common type of brain cancer in U.S. adults.

New York Genome Center, a consortium of academic, medical and industry officials, will use Watson to sequence the DNA of cancer tumors at much faster rate than would be possible if done by a human being. The DNA information would then be combined with clinical information and fed to Watson to help determine the best way to treat a particular patient.

What makes Watson unique is that it isn't programed like most computers. Instead of relying on the information that's put into it, Watson learns by "reading" vast amounts of information and combining it with the results of previous work to find answers to problems. Those characteristics make Watson ideal for extremely data-heavy work in fields such as health care and finance.

John Kelly, a senior vice president and director of IBM research, says there's a vast amount of data involved in DNA sequencing, which then must be combined with all of the clinical data involved in a particular patient's case. The resulting pool of information is so big that it's impossible for people to deal with.

"This is sort of big data on steroids," Kelly says.

Dr. Robert Darnell, New York Genome's president, CEO and scientific director, says that to completely analyze one person's brain tumor, doctors would have to sequence 800 billion base pairs of DNA, adding that it took him a year sequence 140 pairs by himself. In comparison, Watson can sequence 75 million base pairs in one second.


And Darnell says that once doctors know a tumor's genetic makeup, they can use Watson's computing abilities to determine the best treatment for a patient based on the tumor's mutations. For instance, if a child's leukemia shows genetic traits similar to melanoma, a melanoma drug might be successful in shrinking that child's tumor, he says.

"This is the proverbial needle in the haystack and the haystack is enormous," Kelly says. "Watson can do in seconds what would take people years. And we can get it down to a really personal level."

The doctors working on the project hope to start with 20 brain cancer patients, sequence their DNA and then run the information through Watson to figure out the best ways to treat them, Darnell says.

Armonk, N.Y.-based IBM Corp. already has a partnership with Memorial Sloan-Kettering Cancer Center, where Watson is also used to help treat cancer. Earlier this year, IBM announced it would invest $1 billion to give Watson its own business division and headquarters in New York City.