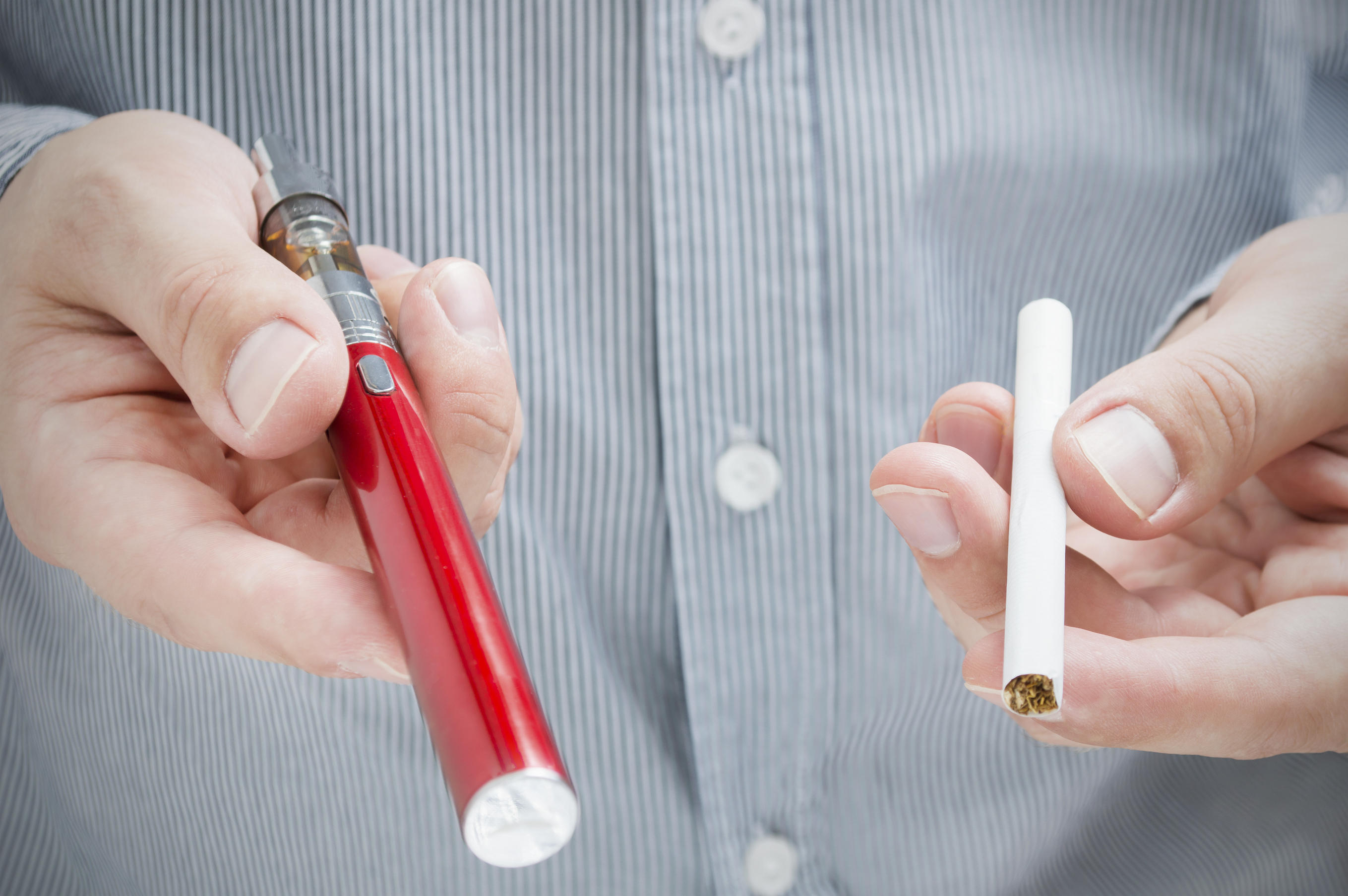 In a report released Thursday, Surgeon General Vivek Murthy acknowledged a need for more research into the health effects of “vaping,” but says e-cigarettes aren’t harmless and too many teens are using them.

“We have an alarming number of youth using e-cigarettes,” Murthy told CBS News.

E-cigarette use is now more common among teens than other tobacco-related products, Murthy said.

“I’ve traveled around the country and many young people and many adults don’t recognize e-cigarettes are not harmless. They think these are not tobacco products and that they are benign water vapor. But we know nicotine has harmful effects on the developing brain. We’re issuing this report to draw people’s attention to the scale of the problem,” said Murthy.

Battery-powered e-cigarettes turn liquid nicotine into an inhalable vapor without the harmful tar generated by regular cigarettes. Vaping was first pushed as a safer alternative for current smokers, but there’s no scientific consensus on the risks or advantages of vaping, including how it affects the likelihood of someone either picking up regular tobacco products or kicking the habit.

Federal figures show that last year, 16 percent of high school students reported at least some use of e-cigarettes — even some who say they’ve never smoked a conventional cigarette. While not all contain nicotine, the new report says e-cigarettes are the most commonly used tobacco-related product among youth.

Nicotine is bad for a developing brain no matter how it’s consumed, Murthy said.

“Your kids are not an experiment,” he says in a public service announcement released with the report.

It’s already illegal to sell e-cigarettes to minors. Earlier this year, the Food and Drug Administration issued new rules that, for the first time, will require makers of nicotine-emitting devices to begin submitting their ingredients for regulators to review. The vaping industry argues the regulations will wipe out small companies in favor of more harmful products, and likely will lobby the incoming Trump administration to undo the rules.

Advertising and marketing intentionally aimed at youth, including flavors, have attracted young people to e-cigarettes, said the surgeon general. Eighty-one percent of kids cite flavors as a driving factor for use of e-cigarettes.

“Seven out of 10 — 18 million kids — have seen advertising for e-cigarettes on TV, in magazines, in movies,” Murthy said.

His report calls on parents and health workers to make concerns about e-cigarettes clear to young people. He said local officials should take action, too, such as including e-cigarettes in indoor smoke-free policies. He is also calling for added research to help health experts better understand the products, their health impact and use among young people.