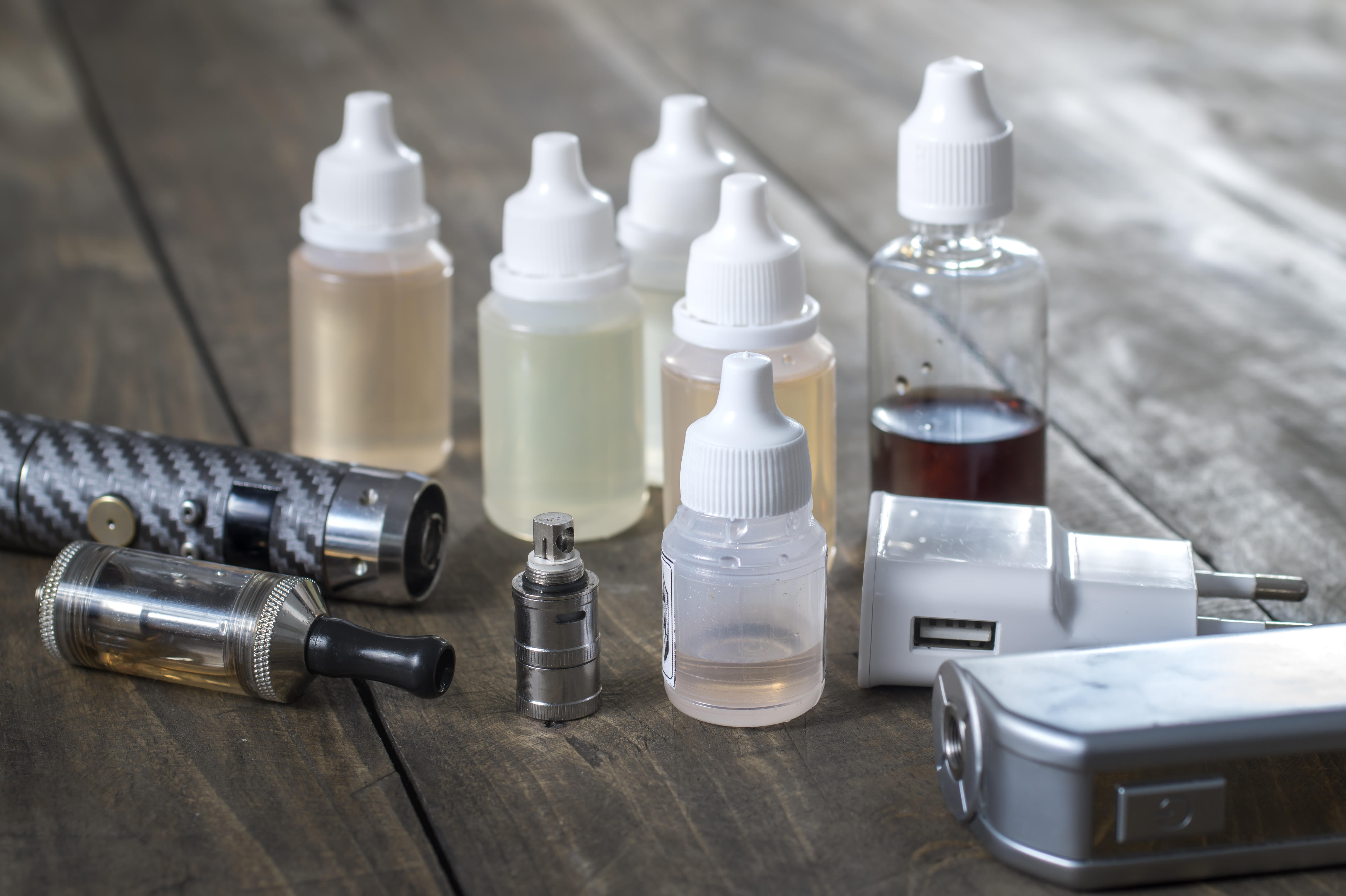 Health officials warn that electronic cigarettes and other vaping devices are poisoning kids with nicotine. But new research suggests that most teens aren’t vaping nicotine at all but using sweet and fruity flavors like strawberry, chocolate cake and bubble gum.

Only a fraction of young vapers were inhaling nicotine, a nationwide survey showed. The majority - two-thirds - said they vaped “just flavoring.”

Nicotine is considered harmful to the developing teenage brain. But the finding raises big questions about how U.S. health officials are portraying the threat of e-cigarettes to youths, said Richard Miech, the study’s lead author at the University of Michigan.

Health officials and an advocacy group, though, questioned the study’s findings.

Federal estimates of how many youths are using any nicotine-containing tobacco products - including traditional cigarettes, cigars, e-cigarettes - may be inflated because of assumptions about how much vaping involves nicotine, he said. That figure is around 25 percent.

E-cigarettes began to appear in the United States roughly 10 years ago. At first, they were battery-powered devices resembling cigarettes that heated liquid nicotine into a vapor. They were promoted to smokers as a less dangerous alternative since they don’t contain all the chemicals and tars of burning tobacco.

But the market has evolved, and a lot of vaping these days is done with devices that can be loaded with flavored “e-juice” that comes in both nicotine and nicotine-free versions.

“Strawberry. Watermelon. Passion fruit. There’s a churros - you know, like cinnamon toast?” said Hosam Essa, manager of Brooklyn Vape in New York, rattling off some of the most popular flavors on his shop’s shelves.

Kids love the flavors and blowing vapor into rings and other shapes, said Jennifer Alexander, an RTI International researcher who has interviewed about 50 teen vapers.

Michigan’s national survey last year included 3,800 students who had vaped at some point. It was the first time the respected annual survey asked what was in the vapor - specifically, they were asked what they inhaled​ the last time they vaped. Results were published online Thursday by the journal Tobacco Control.

Miech said he was curious how many kids vaped marijuana​. But it was the nicotine findings that surprised him.

Only about 13 to 20 percent said they last vaped nicotine, with the highest percentages in older teens; about 7 percent used marijuana and roughly 10 percent didn’t know.

The boom in youth vaping has coincided with steady declines in teen cigarette smoking. Vaping is now more common than smoking.

The federal government, as well as most states, restricts sales of electronic cigarettes or vaping products to minors​. But kids still get them, sometimes through online purchases or other people. Essa said parents bring their kids into his shop because they’d rather the kids vape than smoke.

Some research​ suggests the chemicals in electronic cigarette flavors carry health risks all on their own.

Last December, researchers at Harvard T.H. Chan School of Public Health tested 51 types of flavored e-cigarettes and refill liquids that they considered appealing to young users, including flavors like cotton candy, cupcakes, and tutti frutti. They looked for the chemicals diacetyl, acetoin, and 2,3-pentanedione, which have been linked to serious respiratory problems in workers. Diacetycl has been linked to a serious condition called “popcorn lung” which affected workers who inhaled artificial butter fumes at microwave popcorn factories.

“One of three flavoring chemicals was found in 92 percent of the e-cigarettes we sampled and these chemicals are of interest because of what we know about the associations of inhaling these chemicals and severe, irreversible lung disease that occurred in popcorn workers over a decade ago,” lead study author Joseph Allen said at the time.

Officials at the Centers for Disease Control and Prevention have lamented the growing popularity of vaping products, often focusing on nicotine dangers for teens.

Asked about the new study, CDC officials sent a statement questioning whether many teens know the exact content of what they’re vaping. They cited a study suggesting mislabeling of e-juice containers was not uncommon. Further research is needed, the statement said.

The Campaign for Tobacco-Free Kids issued a statement making similar points. The organization’s president, Matthew L. Myers, was also critical of how the flavor question was posed.

Miech said he agrees that youth vaping is a problem. But he said the focus should be on other research that suggests that teens who vape are more likely to later smoke conventional cigarettes and use other tobacco​ products.