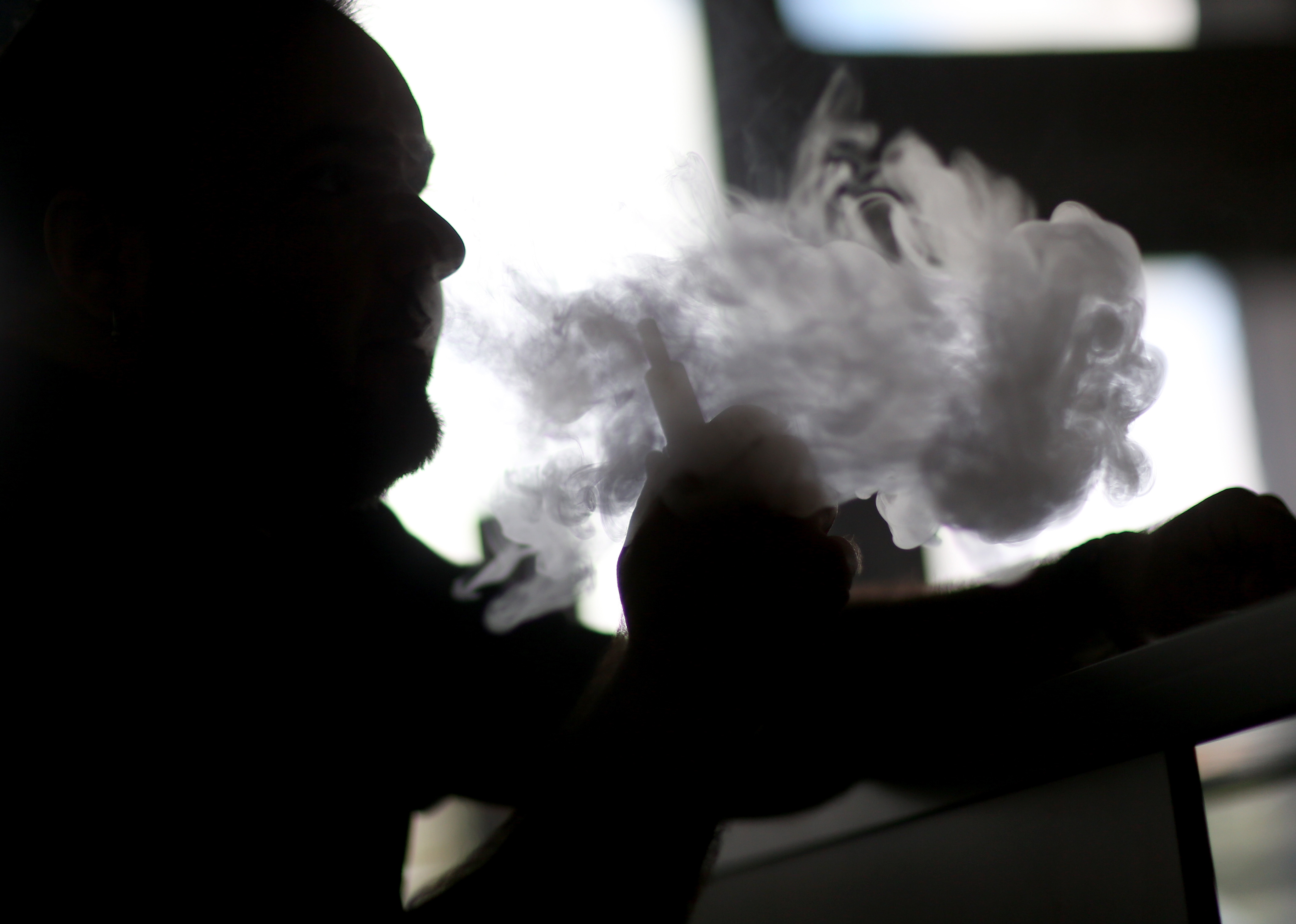 Using an electronic cigarette won't make you any more likely to quit smoking actual cigarettes, according to a new study.

In a new research letter published March 24 in JAMA Internal Medicine, researchers at the University of California San Francisco surveyed the same group of about 950 smokers in November 2011 and 2012 and asked them about their smoking habits. They found those who tried e-cigarettes were no more likely to quit than those who hadn't.

For the baseline survey, participants were asked if they had used electronic cigarettes in the past 30 days (even once); how many conventional cigarettes they smoked per day; time to first cigarette (less than or more than 30 minutes after waking each day); and whether they intended to quit smoking with the next six months, if at all.

Only 88 participants said they used e-cigarettes, which are metallic tubes that allow liquid nicotine to be converted into a flavored inhalable vapor without the use of combustion.

Participants were asked the same questions at the one-year follow-up, with only those answering both sets of questions included in the study.

The researchers found e-cigarette smokers at baseline were not significantly less likely to quit smoking regular cigarettes one year later than people who did not use the products.

While 13.5 percent of the total study pool quit smoking, only nine of the 88 e-cigarette smokers quit.

"There was no association between having tried an e-cigarette and quitting smoking at one-year follow up," study author Dr. Rachel A. Grana, a postdoctoral scholar at UCSF School of Medicine, told CBS News' Adriana Diaz.

E-cigarette smokers overall did not express more intent to quit in their initial baseline interviews than other adults surveyed. E-cigarette use also did not reduce the number of regular cigarettes smoked.

While the study had limitations in the small numbers of participants, the authors said the research adds evidence that e-cigarettes won't make more people likely to quit. They also suggested regulators should prohibit advertising e-cigarettes as a way to help people quit smoking until scientific evidence shows that's the case.

"Because e-cigarettes are unregulated, consumers do not know what they are putting into their bodies and there have been no long-term studies of the health effects," said Grana.

This isn't the first study warning that e-cigarettes may not as effective at stopping smoking as proponents have said. Earlier this month, a study in JAMA Pediatrics -- also from UCSF researchers -- concluded that e-cigarettes may be a "gateway" to smoking real cigarettes for middle and high school students, based on increasing rates gleaned from surveys conducted in 2011 and 2012 on separate groups of students.

That study was met with criticisms from experts who said the study authors may have had "an axe to grind" and that the study's conclusions were too broad.

Unlike that study, this research followed the same participants for a year, but the new research was met with similar criticisms over its limitations.

"We need solid data that's based on solid science before we make decisions," Dr. Michael Siegel, a community health researcher at the Boston University School of Public Health who was not involved with the study, told Reuters Health. The study didn't look at why the smokers used e-cigarettes, or how long they used them. "I hope no one would take this research letter and make any conclusion based on it," he said.

"This study has problems," Dr. Tom Glynn, director of Cancer Science and Trends at the American Cancer Society, told the Washington Post. "What's interesting is even the authors talk about the limitations."

Uncertainties over health effects from e-cigarettes have led to bans on using the products in public places in major cities including Los Angeles, Chicago and New York.