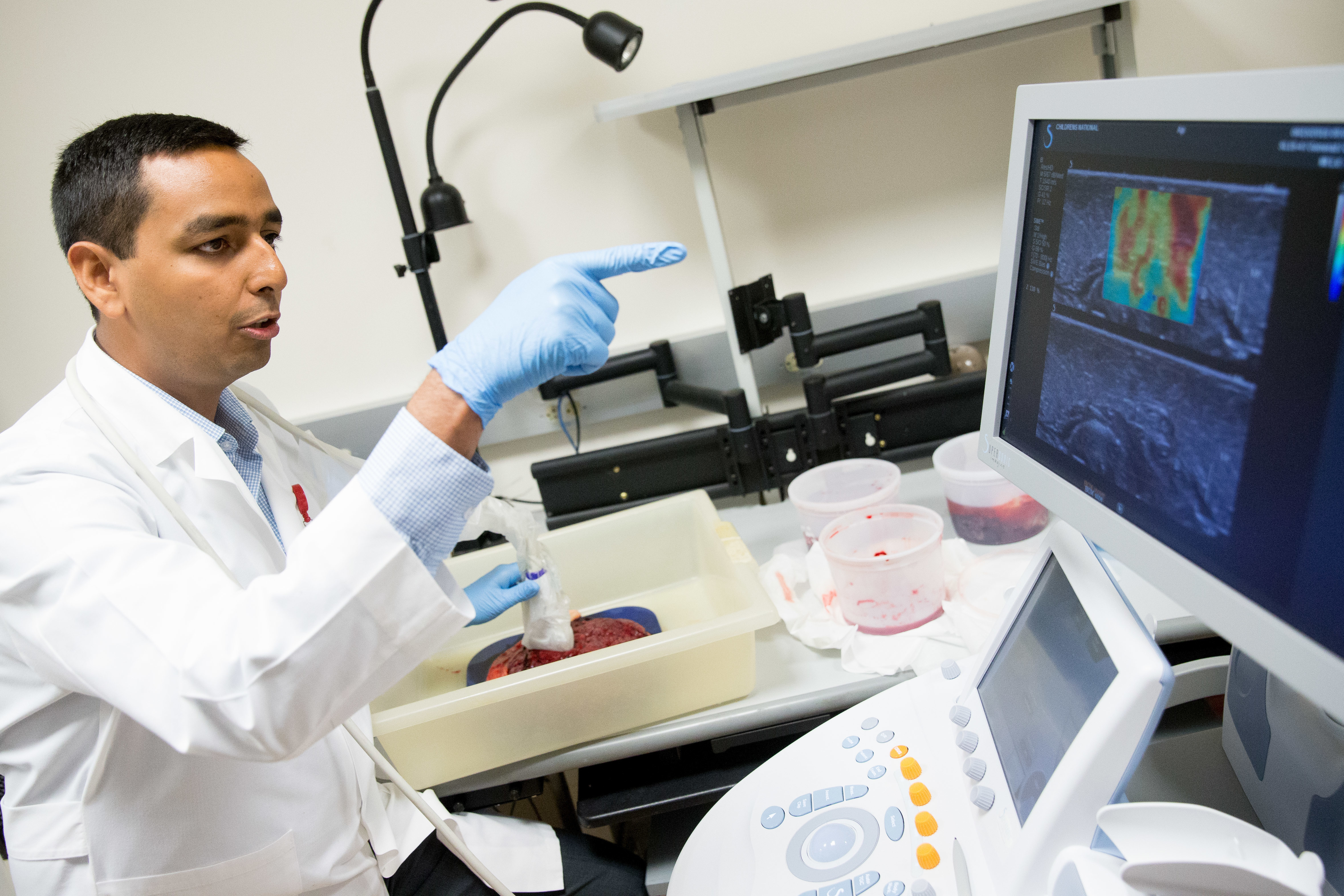 WASHINGTON -- Scientists carefully probe a placenta donated after birth, bluish umbilical cord still attached. This is the body's most mysterious organ, and inside lie clues to how this giver of life forms - and how it can go awry, leading to stillbirth, preterm birth, even infections like the Zika virus that somehow sneak past its protective barrier.

In labs around the country, major research is underway to finally understand and monitor this floppy, bloody tissue that's often dismissed as the "afterbirth," the organ that lives about nine months and then gets thrown away.

The stakes are high. The placenta is the ultimate multitasker: It nourishes a fetus, acts as its lungs, kidneys and liver, provides immune defense, and even produces key hormones.

"We take it for granted," said Dr. Catherine Spong of the National Institutes of Health, which has spurred a research boom with its $50 million Human Placenta Project. "Yet there are lifelong implications for both the mother and the baby."

Zika's shocking birth defects have brought into focus the desperate need to learn how a healthy placenta does its many jobs, and find treatments for when it is undermined.

"Tomorrow there may be a new virus," warned Dr. Yoel Sadovsky of the University of Pittsburgh Medical Center, a leading placenta researcher. "If I was a virus and wanted to attack humans, probably the best time to do it was during pregnancy, where you're attacking the next generation."

Doctors have few tools today to examine a placenta during pregnancy. And precious as that donated placenta is for research, studying one that already ushered in a birth reveals only so much, like counting the rings in a downed tree to visualize the sapling.

What scientists, and obstetricians, really need is a way to peek at how the placenta forms and changes in the different stages of pregnancy. That could help spot problems early -- such as preeclampsia, a blood pressure complication that can be life-threatening to mother and baby. It affects up to 8 percent of pregnancies but typically isn't detected until the second trimester even though it's thought to stem from abnormal placenta formation.

How? In a Washington lab, engineer Avinash Eranki turns over the donated placenta, examining the side that attached to Mom. That outer layer is made up of cells called trophoblasts that had to invade the uterine wall and then burrow into maternal arteries, enlarging them to provide blood flow for the fetus.

The theory: If those cells get off course and the blood vessels don't widen enough, the downstream effects of a placenta struggling to support the fetus eventually stress the mother's own organs.

The research team at Children's National Health System is using a 3-D bioprinter to create a unique living model of how a human placenta forms, to mimic how trophoblasts create that blood supply. The printer deposits layer after layer of human cells and other substances they need to thrive.

"It can actually grow. It's a dynamic piece of tissue," said researcher Che-Ying Kuo of the University of Maryland and Children's National, which is funding the work.

Once it's complete, the model could help researchers test ways to detect brewing preeclampsia earlier, and intervene. Today, the only cure for severe cases is premature delivery of the baby.

At the NIH, researchers are targeting another critical gap: It's hard to tell how much oxygen is reaching the fetus. Doctors rely on indirect measurements, such as during labor when fetal heart rate can signal problems even if the baby's fine.

Biomedical engineer Afrouz Anderson of the National Institute of Child Health and Human Development is developing a wireless device, called an oximeter, that uses near-infrared light to measure placental oxygen when held over mom's abdomen.

Anderson, who is testing the device in a model that mimics blood flowing through a placenta, sees its potential use during preeclampsia or when the fetus isn't growing properly. In a study planned for early next year, she'll team with military doctors to measure what's normal in healthy pregnant women.

"My biggest hope is if the oxygenation status would give a more accurate picture," so that "we don't have to go do a C-section because the baby's actually happy," said Dr. Shad Deering, obstetrics chairman at the Uniformed Services University of the Health Sciences.

"It's very exciting to see people focusing on the real-time changes that happen during a pregnancy and how those shape later outcomes," said Dr. Anna Penn, a neonatologist at Children's National. She studies hormones the placenta produces that affect brain development, in search of protective therapies for premature infants. "The whole idea is early detection of problems so that if things are going off in the wrong direction, hopefully we can get back on track."

But the Zika virus, which can destroy a developing brain when an infected mother passes infection to her unborn child, is proving a tough challenge. Only certain viruses can reach a fetus through the placenta and it's not clear how Zika does. So far, researchers have found that it seems able to infect some types of placenta cells and not others.

The last epidemic of a birth defect-causing virus was rubella, or German measles, in the 1960s. Dr. Carolyn Coyne, a University of Pittsburgh virologist, calls it shocking that scientists still don't know how rubella sneaked through -- because those studies ended once life-saving rubella vaccination began.

Even if Zika starts to fade, it's critical to get those answers, say Coyne and Sadovksy, who are studying new pathways the virus may be using.

"Really, societal health depends on the function of this organ," Sadovsky said.