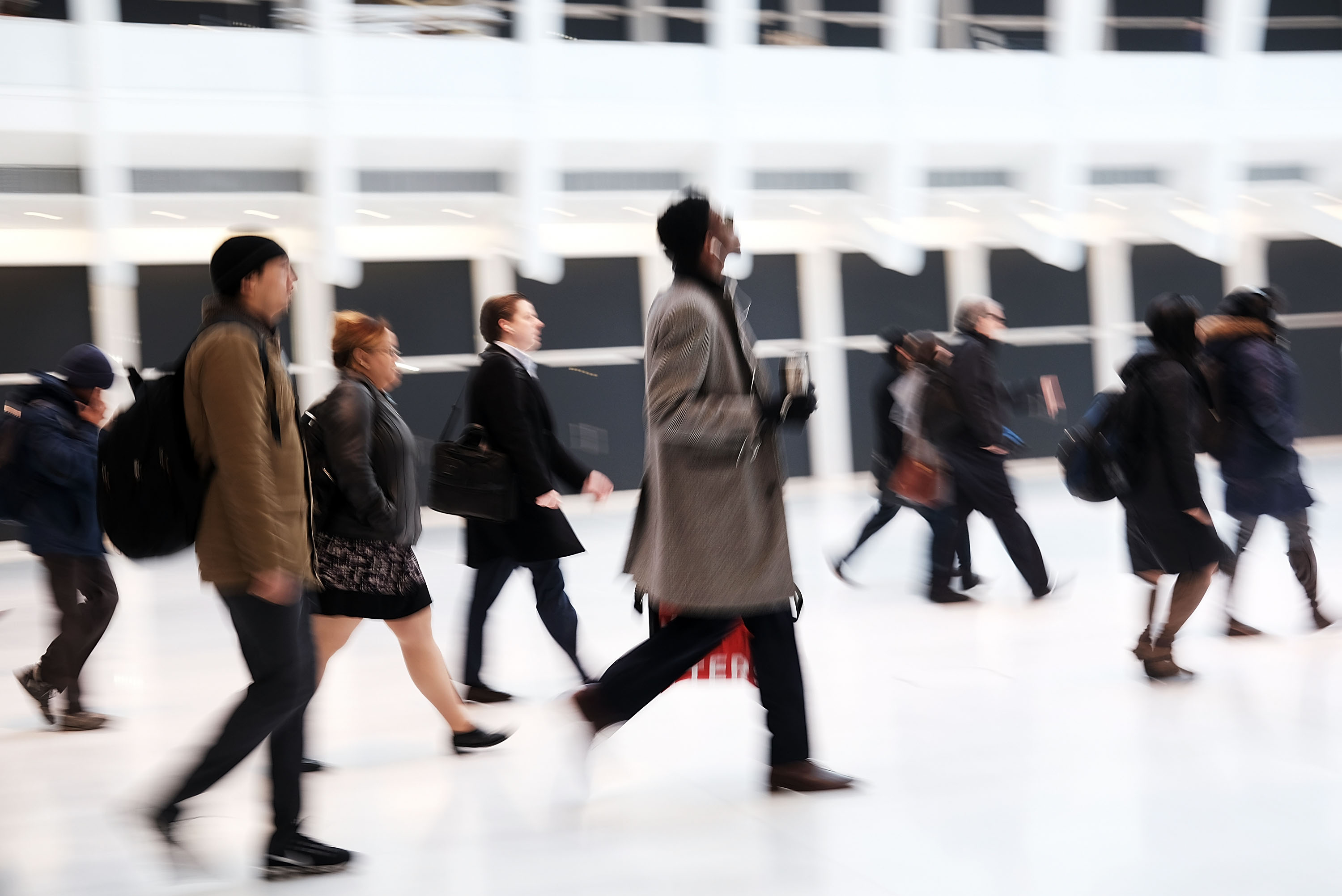 2015 was a stressful year for many Americans. According to a new survey from the American Psychological Association, average stress levels in the U.S. rose from 4.9 in 2014 to 5.1 on a 10-point stress scale. What's more, there's been a particular increase in the number of adults who experience "extreme stress," with 24 percent reporting they were highly stressed last year, compared with 18 percent the year before.

The study, released today, asked participants about the causes of their stress and found that discrimination is a big factor. Of the 3,361 adults surveyed, 61 percent said they experience day-to-day discrimination, such as being treated with less courtesy or respect, receiving poorer service than others, or being threatened or harassed.

African-Americans were the most likely to say they face discrimination, with more than three-quarters of black adults reporting they experience it day-to-day. Nearly two in five black men said that police have unfairly stopped, searched, questioned, physically threatened, or abused them.

Black, Asian, Hispanic and American Indian/Alaska Native adults report that race is the main reason they have experienced discrimination.

"It's clear that discrimination is widespread and impacts many people, whether it is due to race, ethnicity, age, disability, gender or sexual orientation," Jaime Diaz-Granados, PhD, APA's executive director for education, said in a statement. "And when people frequently experience unfair treatment, it can contribute to increased stress and poorer health."

Even the anticipation of discrimination can cause stress. The survey found that three in 10 Hispanic and black adults who report experiencing discrimination at least once a week say that they feel the need to be very careful about their appearance to get good service or avoid harassment.

Other significant contributors to stress include money, work, family responsibilities, health concerns and the economy.

The study also looked at how stress affects overall health. Nearly one-quarter of adults surveyed who said that their health is only "fair" or "poor" reported a higher stress level on average than those who rate their stress as "very good" or "excellent."

Hispanic adults reported the highest stress levels on average. Younger generations, women, adults with disabilities, and adults who are lesbian, gay, bisexual or transgender also report being more stressed out.

"Stress takes a toll on our health, and nearly one-quarter of all adults say they don't always have access to the health care they need," said Cynthia Belar, PhD, APA's interim chief executive officer. "In particular, Hispanics -- who reported the highest stress levels -- were more likely to say they can't access a non-emergency doctor when they need one. This year's survey shows that certain subsets of our population are less healthy than others and are not receiving the same level of care as adults in general. This is an issue that must be addressed."

When it comes to ways of coping with stress, the researchers found that having a positive outlook and an emotional support system are key. For example, adults who reported experiencing discrimination and had people they were able to talk to about it and help them make decisions were twice as likely to say that they coped quite or very well compared with those who did not have this support.