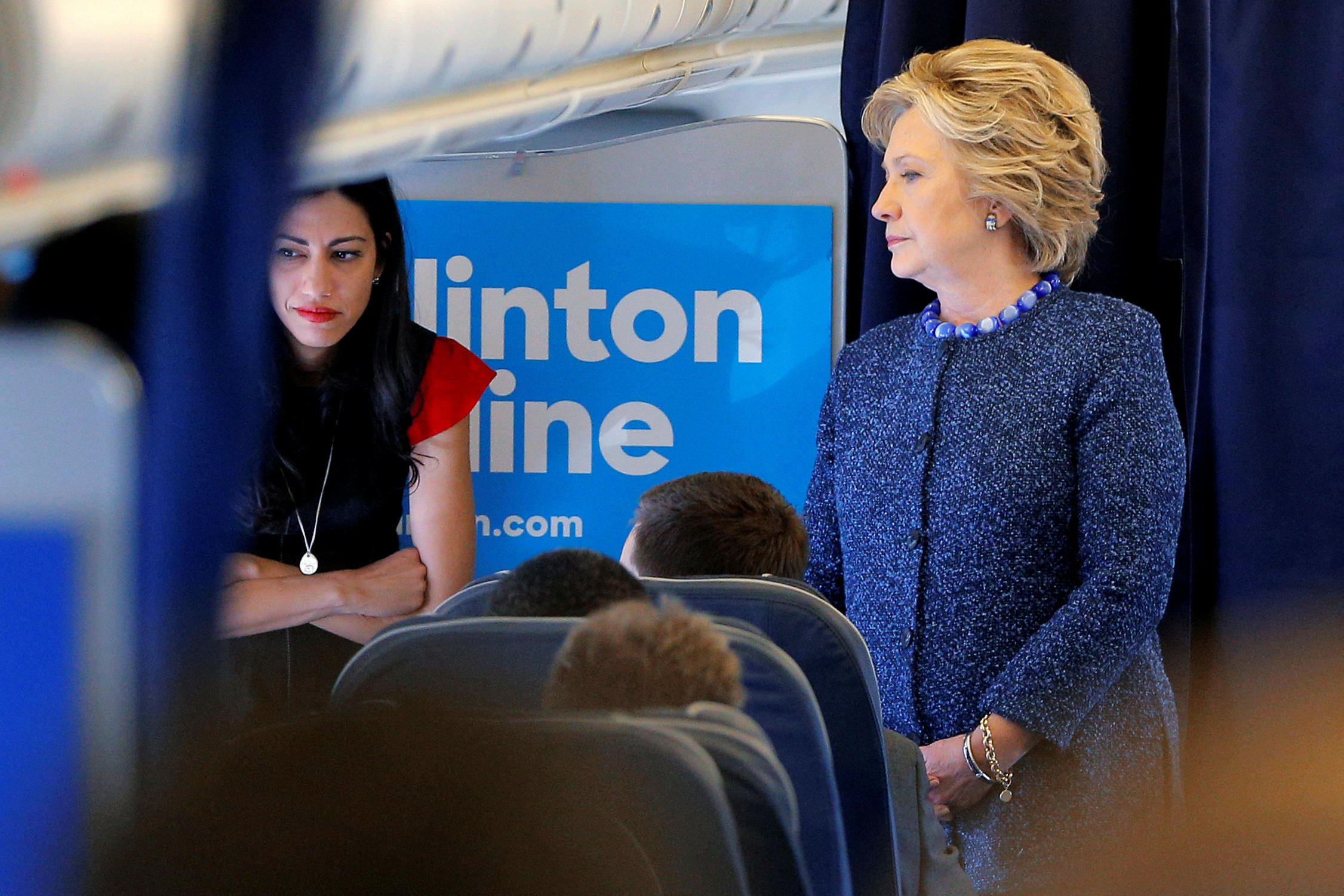 In another twist to the investigative saga over Hillary Clinton’s private emails, CBS News has learned that Huma Abedin, a top Clinton aide and longtime confidant, says she has no knowledge of any of her emails being on the electronic device belonging to her estranged husband, disgraced ex-congressman Anthony Weiner.

A source familiar with the investigation told CBS News that the computer where FBI investigators found the latest trove of emails belonged to Weiner, not Abedin. The two separated earlier this year, following news of Weiner’s continued sexting practices.

Abedin, according to law enforcement sources, was cooperating with officials and “seemed surprised that the emails were there.”

Law enforcement sources additionally confirmed to CBS News’ Jeff Pegues that investigators working to review the new emails found on the laptop have obtained the search warrant they had been seeking for the case. The process of looking at and sorting through all of the emails is now proceeding.

A source familiar with the process says that it is likely to stretch past Election Day as investigators must sort through thousands of emails. Officials will separate Weiner’s emails from Abedin’s emails and determine if any are significant and pertinent to the original probe into Clinton’s private email server. Law enforcement sources say it is too early to know whether any of the emails were sent by Clinton.

According to law enforcement officials, FBI Director James Comey spoke with some members of Congress on Saturday by phone about the investigation. Comey is not expected to make any public statements at this time.

The emails in question were first discovered after the FBI began their investigation of Weiner, who was placed under scrutiny in September because of a sexting scandal involving a minor. The emails were found earlier this month by investigators and eventually the discovery was revealed to FBI Deputy Director Andrew McCabe. Comey has said he was notified Thursday of the developments in the case.

Earlier this year, Abedin, under oath in a sworn deposition, said she had given up all relevant electronic devices she had used for emails relating to her work at Clinton’s State Department.

An attorney with Judicial Watch, the conservative-leaning watchdog group, asked Abedin during a deposition in June, “How did you go about searching for what records you may have in your possession to be returned to the State Department?”

“I looked for all the devices that may have any of my State Department work on it and returned — returned — gave them to my attorneys for them to review for all relevant documents. And gave them devices and paper,” Abedin said in response.

FBI Director James Comey announced the surfacing of new emails in a letter to Congress early Friday, though he cautioned that the agency was still working to determine “whether or not this material may be significant” to the probe of Clinton’s private email use during her tenure as secretary of state. (Comey had previously announced that investigation had been completed earlier this summer, and the FBI did not recommend for any charges to be filed against Clinton.)

In the final sprint to Election Day, political pressure on the agency continued to mount over the weekend, following praise for the revived investigation from Republicans and the GOP presidential nominee on one hand, and harsh criticism from Democrats and their party’s nominee on the other.

CBS News reported earlier this week that even Comey’s superior, Attorney General Loretta Lynch, who presides over the Justice Department, disagreed with Comey’s decision to inform Congressional leaders about the case’s latest developments. Lynch’s representatives cited long-standing practices not to comment on ongoing investigations, along with specific DOJ guidance to be particularly cautious of doing so during charged election years.

Comey sent the letter to House and Senate committee leaders despite Lynch’s recommendations.