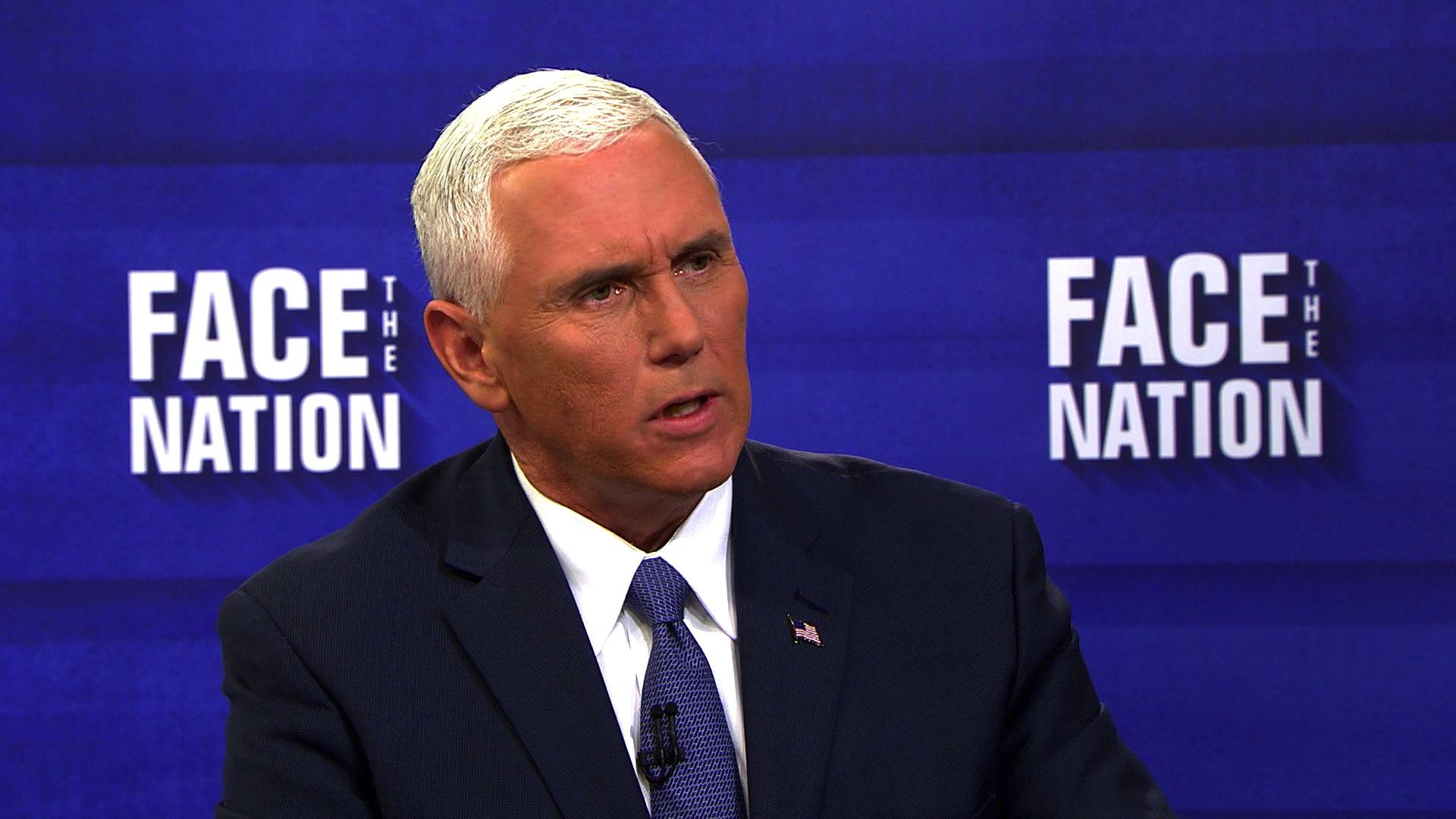 The news that the Federal Bureau of Investigation is looking into new information about Hillary Clinton’s private email server, just days before Election Day, became the latest bombshell in a roller-coaster of a 2016 presidential race.

Republican vice presidential candidate Mike Pence talked about the news Sunday in an interview with CBS’ “Face the Nation,” saying it’s great news that the agency has opted to continue its investigation after its “troubling” decision this summer not to pursue charges against Clinton.

“That original decision was really incomprehensible,” he said. “To arrive at a place where even in his testimony before the Congress, and in that long press conference that he gave … that literally Hillary Clinton had classified information on a private server that she said she didn’t have … that, to me, is the kind of double standard that the American people are weary of.”

Pence said it’s an “open question” as to who was ultimately responsible for the way the case was handled this summer. “But we commend the FBI and the director on their decision to keep their word to the Congress and move forward now that there’s new information,” he added.

GOP nominee Donald Trump had made no secret of his feelings toward FBI Director James Comey after this summer’s decision: he frequently called the decision “very, very unfair” and “rigged.”

But Pence dismissed the idea that the GOP ticket is being “politically motivated” by changing its tune on Comey, and said Trump this summer was only expressing the “frustration” of American voters at the FBI’s decision.

He continued, saying the Clinton campaign is practicing the “old playbook of the politics of personal destruction” by “targeting the director of the FBI and questioning his personal integrity.” Clinton’s campaign has, in the wake of Friday’s news, called on Comey and the FBI to further explain its decision to notify Congress of the new investigation.

Amid repeated claims by his running mate to the contrary, Pence rejected the idea that the election could be “stolen” from him and Trump if Clinton wins, despite the fact that Trump has used that exact phrasing before.

“Well I don’t think there’s been a suggestion about it being stolen,” he said, noting that when Trump says the election is “rigged” he’s referring to the “documented overwhelming bias among many in the national media.”

Still, he brought up the topic of voter fraud and said it’s been documented in the past. (Multiple studies and investigations have found no evidence of widespread voter fraud in the country’s recent political history.)

“We also know that voter fraud has happened in polling places and precincts around the country,” he said. “And we’re just calling on every American to find a way to respectfully participate in their local election process, to ensure that when we achieve that victory on November the 8 it’s also a victory for American democracy.”

As for the major Republican leaders who have either not yet endorsed Trump or rescinded their endorsements earlier this month, Pence blamed the party’s divisions on lingering feelings from a contentious GOP primary—and said it’s time for party members to “come home.”

“Look, after a 17-way Republican primary there’s some differences and some tensions within our party,” he said. “But my message as I travel around the country this week is that it’s time for Republicans to come home, to elect the Trump-Pence team.”