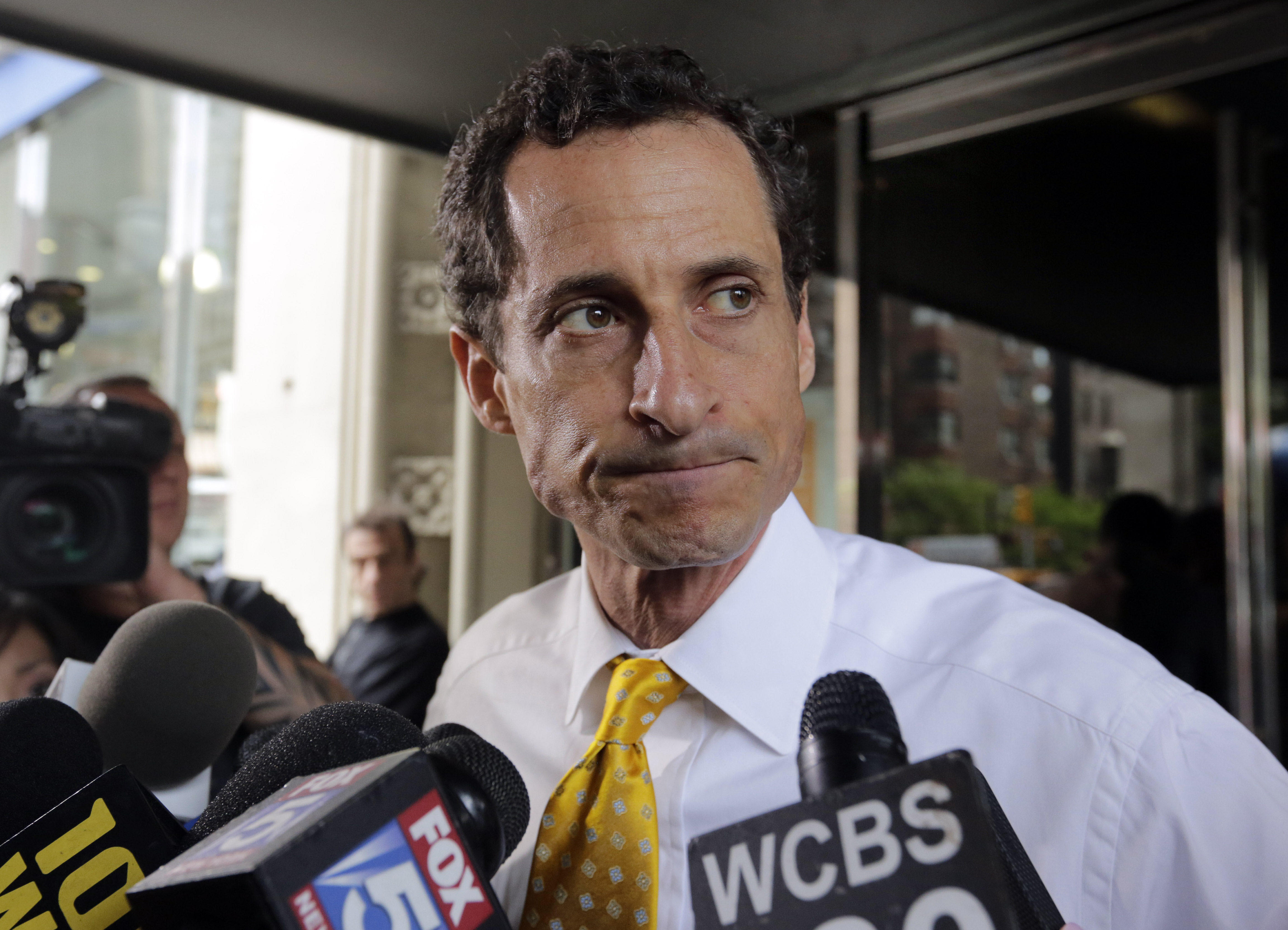 The disgraced former congressman has acknowledged he communicated online with a girl who accused him of sending sexually explicit messages, but he said he’s also been the subject of a hoax.

An online news outlet, DailyMail.com, on Wednesday published an interview with the 15-year-old girl, who said the online text and video exchanges, including Skype chats in which Weiner asked her to undress and touch herself, went on for several months this year.

The Daily Mail also published screen grabs of texts provided by the girl, whose identity it didn’t disclose.

Weiner, who resigned from Congress in 2011 after revelations he was sending sexually explicit messages to multiple women, issued a statement Wednesday apologizing but not directly addressing the issue of whether he had engaged in chats with the girl.

“I have repeatedly demonstrated terrible judgment about the people I have communicated with online and the things I have sent. I am filled with regret and heartbroken for those I have hurt,” Weiner wrote. “While I have provided the Daily Mail with information showing that I have likely been the subject of a hoax, I have no one to blame but me for putting myself in this position. I am sorry.”

The girl told the Daily Mail she told her father and a teacher about the relationship last spring.

Weiner gave The Associated Press an email, purportedly written by the girl to her teacher, in which she recanted her story.

“Our online chats were never inappropriate,” the email said. “I wanted to publish my story. He was the best candidate to pin the story to. The story needed a hoax to ride on.”

The girl told the Daily Mail she wrote the email at Weiner’s request but never sent it to the teacher.

Gov. Andrew Cuomo, a Democrat who was formerly the state’s attorney general, said “if the reports are true, it’s possibly criminal and it is sick.”

State law makes it a felony to knowingly send minors “harmful” online messages or pictures involving nudity or sexual conduct or ask them to engage in sexual acts or performances, and some federal criminal laws also prohibit such behavior.

Whether prosecutors decide to pursue a case can depend on a range of factors, including the content of the messages and the age gap between the people involved, said Robin Sax, a former Los Angeles sex crimes prosecutor now in private practice.

Weiner is married to Huma Abedin, an aide to Democratic presidential nominee Hillary Clinton, and they have a young son. Abedin left Weiner this month after revelations he had sent more sexually charged messages to another woman.

Weiner unsuccessfully ran for mayor in 2005. He made another bid for mayor in 2013 and was leading several polls until it was revealed he had continued his questionable behavior after his resignation from Congress. He now works as a pundit and consultant.

His failed 2013 mayoral bid is the subject of the documentary “Weiner.”

Ford recalls thousands of SUVs because engines might catch fire
Thanks for reading CBS NEWS.
Create your free account or log in
for more features.
View CBS News In
CBS News App Open
Chrome Safari Continue
Be the first to know
Get browser notifications for breaking news, live events, and exclusive reporting.