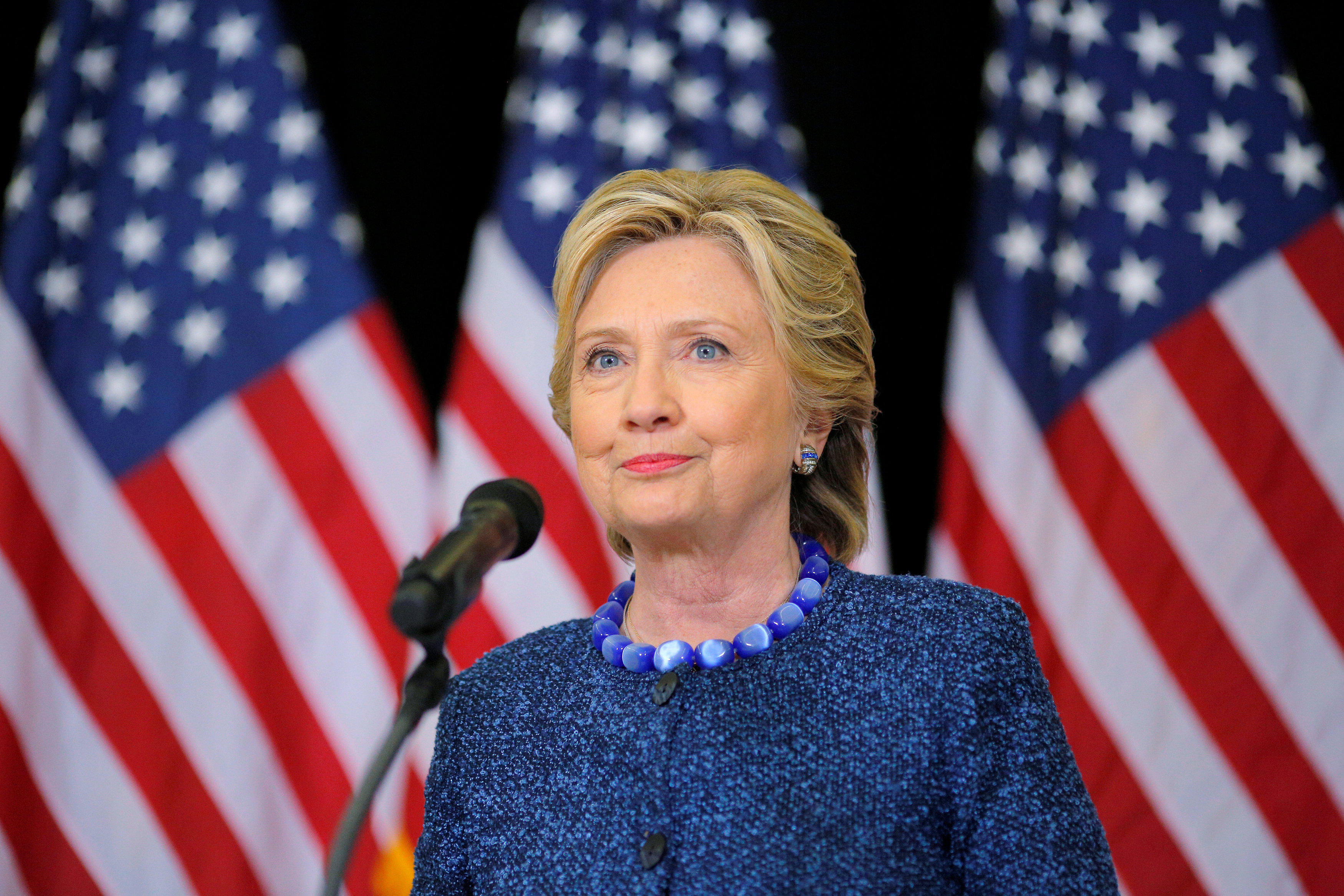 The FBI has discovered a batch of new emails that “appear to be pertinent” to the investigation into Hillary Clinton’s use of a private email server while she was secretary of state, according to a letter FBI Director James Comey sent to the chairs of pertinent Congressional and Senate committees Friday.

The FBI’s investigative team briefed Comey Thursday about the new emails and is now assessing, Comey wrote, “whether or not this material may be significant.” In his letter, the FBI director also warned the committee chairs, “I cannot predict how long it will take us to complete this additional work.” Law enforcement sources told CBS News’ Jeff Pegues that the sheer volume of emails and the process of examining them will take days. Investigators are looking into whether they contain classified information.

In a hastily arranged press conference Friday night, Clinton said it was “imperative” for the FBI to “explain this issue ... without delay.”

Clinton said she is “confident” the conclusion reached in July about her emails will not change and downplayed its potential effect on the election.

“I think people a long time ago made up their minds about the emails,” she said.

The new emails -- which potentially number in the thousands -- came from a laptop that had been shared by top Clinton aide Huma Abedin and her now-estranged husband, Anthony Weiner, CBS News’ Jeff Pegues reported.

Asked if Abedin had shared with her what might have been discovered, Clinton said she had no information and “we don’t know what to believe.”

“We’ve heard these rumors, we don’t know what to believe, and I’m sure there are going to be even more rumors, which is why it is incumbent on the FBI to tell us what is going on,” Clinton said.

“Right now, you’re guess is as good as mine, and that’s not good enough.”

Reporters shouted questions to Clinton as she walked from the plane in Cedar Rapids to the car that took her to her rally. She just smiled and waved, ignoring the questions.

Pegues confirmed Friday that the new batch of emails was discovered during the investigation into the August sexting scandal of Anthony Weiner, the husband of top Clinton aide Huma Abedin, after the agency seized electronic devices belonging to the couple. Weiner was alleged to be exchanging sexually explicit messages with a 15-year-old girl.

Comey’s letter to Congress informed lawmakers that he was supplementing his previous testimony on the matter of the investigation, which was completed in July. At the time, Comey recommended no charges against Hillary Clinton, which was accepted by the Justice Department.

Following the release of the FBI letter, House Speaker Paul Ryan reiterated his call for the Director of National Intelligence to stop giving classified briefings to Clinton, the Democratic presidential nominee.

“This decision, long overdue, is the result of her reckless use of a private email server, and her refusal to be forthcoming with federal investigators,” Ryan said in a statement. “I renew my call for the Director of National Intelligence to suspend all classified briefings for Secretary Clinton until this matter is fully resolved.”

State Department spokesman Mark Toner said Friday that the Department is trying to figure out what these emails pertain to and whether they’re relevant to Clinton’s time as secretary of state.

Toner said they can’t make any assumptions that they are, “but they may be.”

If so, Toner said the State Department is ready to cooperate with the FBI, but as of Friday afternoon, the department had not been contacted by the agency.

Donald Trump weighed in on the news at a Friday rally in Manchester, New Hampshire, saying that “perhaps justice will be done” after the FBI takes further investigative steps on the emails.

The audience roared, “Lock her up! Lock her up,” as Trump declared, “Hillary Clinton’s corruption is on a scale we have never seen before...We must not let her take her criminal scheme into the Oval Office.”

Trump also commended the FBI for now being “willing to have the courage to right the horrible mistake that they made” in announcing its investigation was complete.

“This was a grave miscarriage of justice that the American people fully understood and it is everybody’s hope that it is about to be corrected,” he said.

John Podesta, Clinton’s campaign chair, called on Comey in a statement to “immediately provide the American public more information than is contained in the letter” sent to Senate and House committee chairmen.

“Director Comey’s letter refers to emails that have come to light in an unrelated case, but we have no idea what those emails are and the Director himself notes they may not even be significant,” Podesta wrote Friday afternoon. “The Director owes it to the American people to immediately provide the full details of what he is now examining. We are confident this will not produce any conclusions different from the one the FBI reached in July.”

He added that, in the months since the email investigation was completed, partisan efforts have continued to undermine the agency.

“Donald Trump and his Republican allies have been baselessly second-guessing the FBI and, in both public and private, browbeating the career officials there to revisit their conclusion in a desperate attempt to harm Hillary Clinton’s presidential campaign,” Podesta said.

The timing of the revelation has angered some former Department of Justice employees.

Former spokesman Matthew Miller called the disclosure “inappropriate” on Twitter and suggested that Comey had broken a cardinal rule: