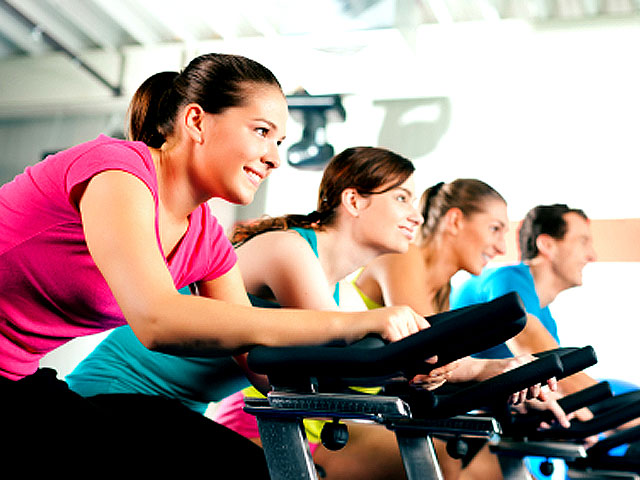 Many of us spend our busy days trying to multitask, doing two or more things at once even though numerous studies have found it rarely works as well as focusing attention on one task at a time. Research suggests that multitasking can interfere with your working memory and may even increase anxiety and depression.

But what about multitasking while you exercise? A new study involving a small group of older adults turned the conventional wisdom on its head and found that keeping your brain engaged in other tasks while you exercise may actually enhance the workout.

For the study, a team of researchers from the University of Florida asked 28 participants with Parkinson's disease and 20 healthy older adults to complete a series of 12 increasingly difficult cognitive tasks while exercising on a stationary bicycle.

Participants cycled 25 percent faster while performing the six easiest cognitive tasks. They slowed down as the tasks became more difficult, but never fell below their baseline cycling rate. The study appears in the journal PLOS ONE.

The researchers, who originally set out to determine the degree to which multitasking hinders patients with Parkinson's disease, were surprised by the findings.

"Every dual-task study that I know of shows when people are doing two things at once they get worse," Dr. Lori Altmann, a professor of speech, language and hearing sciences at the University of Florida College of Public Health and Health Professions told CBS News. "We reran the statistics multiple times to be sure it was right, and it was."

Altmann explained that when a person exercises, a certain amount of physiological arousal occurs in the brain, which releases specific neurotransmitters, chemicals that send information throughout the brain and body. She believes that the arousing effect in the brain could facilitate motor performance.

"Mental energy is arousal," Altmann told CBS News. "[A person gets] riled up by a task and the energy comes out as improved cycling."

Dr. Wendy Suzuki, professor of neural science and psychology at New York University, has studied how exercise affects memory. She said that the ability to improve exercise performance while multitasking is dependent on the level and kind of exercise as well as the task being performed.

"There are certainly cases where a cognitive task performance would be inhibited during exercise because key resources would be limited," she told CBS News in an email. "But this study suggests the novel finding that in some cases the cognitive tests can actually enhance motor performance, which is quite unexpected."

Altmann said that more research is needed before drawing conclusions based off of these findings.

Her team is currently running the study in younger adults and hopes to research if multitasking improves exercise performance on other machines like an elliptical.