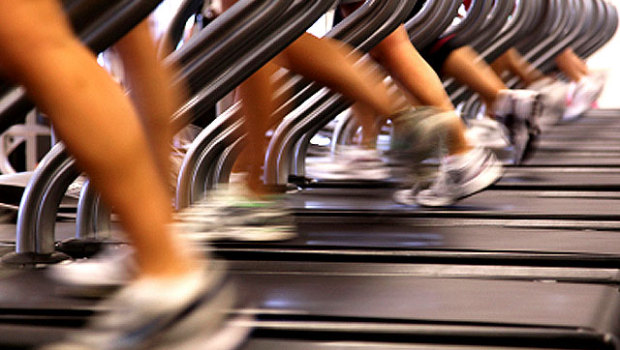 Young people who engage in rigorous physical activity on a routine basis are investing in the long-term health of both their body and mind, according to a new paper published in Neurology, the journal of the American Academy of Neurology.

"The brain is particularly demanding of oxygen," study author Dr. David Jacobs. Jr. of the University of Minnesota, told CBS News. "So the things that are heart healthy or healthy for your blood vessels are probably also healthy for your brain."

To test cardiorespiratory fitness, study participants underwent a treadmill stress test, and were instructed to walk and run on a treadmill as speed and incline increased, then stop when they experienced shortness of breath.

After adjusting their findings for factors such as smoking, diabetes and high cholesterol, researchers observed a correlation between the number of minutes a person was able to run and how many words they recalled correctly on a memory test.

In their 20-year follow up, they found people who were able to stay on the treadmill for longer, also tended to score higher on the memory test. Study participants were able to recall 0.12 more words correctly on a 15 word memory test for every additional minute they ran. They also performed better on exercises that tested their executive functioning and psychomotor speed, which is the relationship between cognitive function and physical movement.

The authors say their paper is the first long-term observational study to examine the relationship between cardiorespiratory function and cognition in healthy young adults.

A large body of research finds a cogent link between regular cardiovascular exercise and brain development in young people. One study from King's College London, published in Psychological Medicine last year, analyzed data of more than 9,000 men and women in England. That study found people scored higher on mental tests at age 50, if they'd first started exercising regularly in childhood.


Jacobs and his colleagues speculate a number of factors may be driving this correlation. They point out that low cardiorespiratory function is linked to atrophy of the brain in certain regions in grey matter, as well as an increase in white matter lesions. Both these factors have been found to harm cognitive abilities in older people and are linked to Alzheimer's disease and other types of dementia. Cardiorespiratory function helps maintain cerebral blood flow, explain the researchers, which prevents all tissue from breaking down -- including the brain.