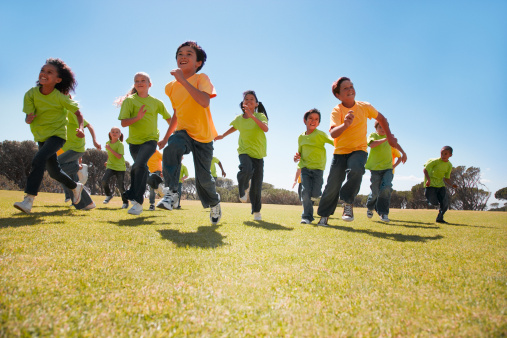 Exercise and brainpower in children may not seem closely related, but a small new study hints that fitness may supercharge kids' minds.

The finding doesn't prove that fitness actually makes children smarter, but it provides support for the idea, the researchers said.

"Our work suggests that aerobically fit and physically fit children have improved brain health and superior cognitive [thinking] skills than their less fit peers," said study author Laura Chaddock-Heyman, a postdoctoral researcher with the department of psychology at the University of Illinois at Urbana-Champaign. "Hopefully, these findings will reinforce the importance of aerobic fitness during development and lead to additional physical activity opportunities in and out of the school environment."

The researchers launched their study to gain more insight into the connections between fitness and the brain in children. Other research has connected higher levels of fitness to better attention, memory and academic skills, Chaddock-Heyman said.

And two recent studies found that fit kids are more likely to have better language skills and to do better on standardized tests for math and reading.

But there are still mysteries. While moderate exercise boosts brainpower for a few hours -- making it a good idea to work out before a test -- it's not clear how fitness affects the brain in the long term, said Bonita Marks, director of the Exercise Science Teaching Lab at the University of North Carolina at Chapel Hill. "The chronic impact is less certain and, for health, really the key for future research and health management," she added.

The new study didn't examine any thinking skills, but instead looked only at the brain's "white matter," which helps different brain regions communicate with each other. The researchers scanned the brains of 24 kids aged 9 and 10, and found that white matter was different in the fitter kids, potentially a sign of better-connected brains.

What do the findings mean in the big picture?

It's hard to know for sure. Megan Herting, a postdoctoral fellow with the division of research on Children, Youth, and Families at Children's Hospital of Los Angeles, pointed out that the kids with lower fitness levels also weighed more, "so it is unclear if it is actually fitness or 'fatness' that may be affecting the brain. "Studies show that individuals with obesity have different brains compared to their healthier-weight peers," she said.

As for the stereotype of the 99-pound weakling nerd, Herting suggested it may be time for a rethink. "These findings do challenge that if you are aerobically fit, you are likely to be dumb. In fact, from an evolutionary perspective, we were made to move. So rather than fitness being 'good' for the brain and cognition, it is feasible that being sedentary may be 'bad.'"

The researchers are now working on a study that assigns some kids to take part in exercise programs to see what happens to their brains over time when compared to other kids, Chaddock-Heyman said.

The study appears in the August issue of the journal Frontiers in Human Neuroscience.