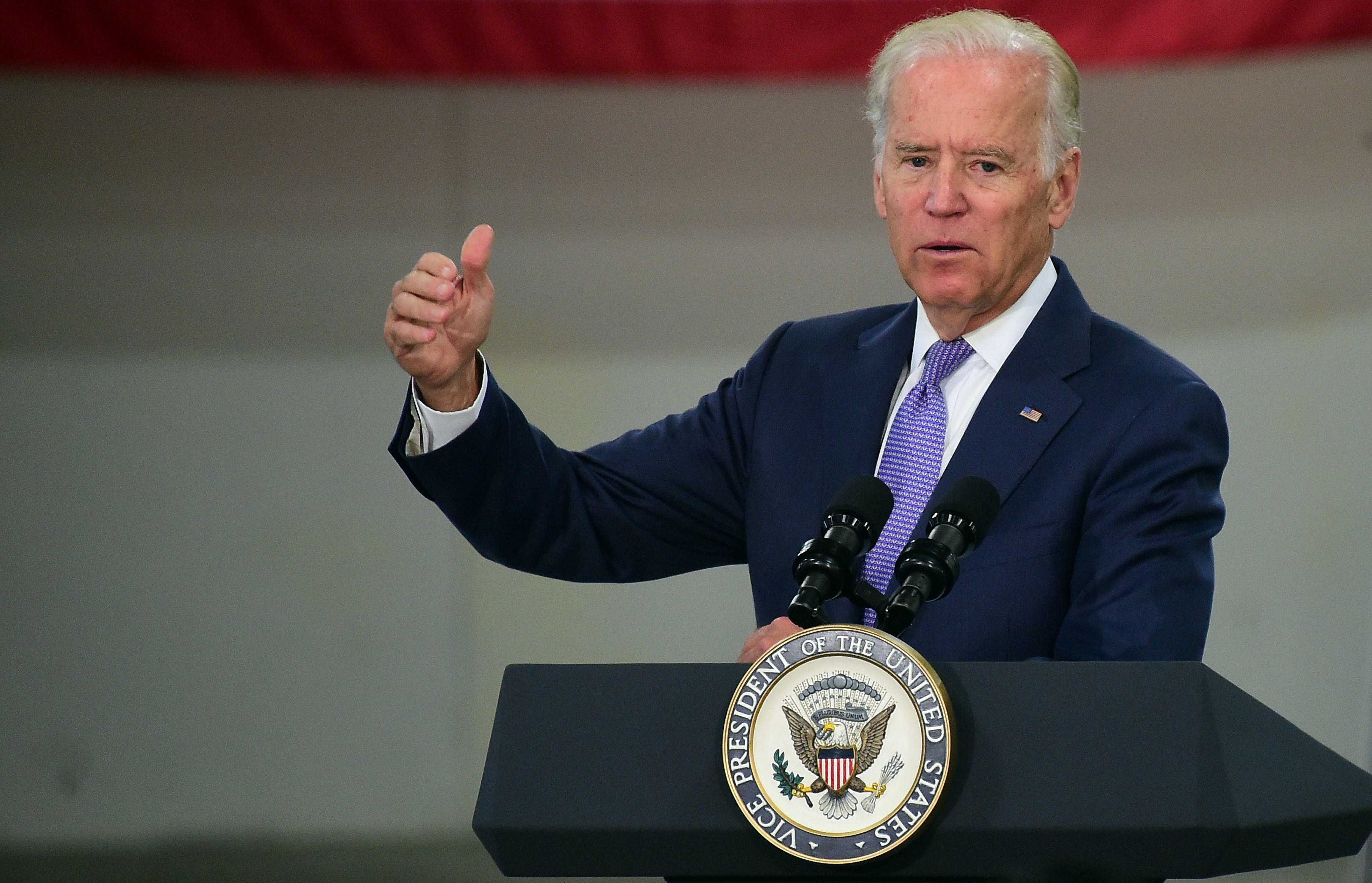 Vice President Joe Biden has yet to say whether he'll throw his hat into the ring for the White House, and Democrats across the country are wondering for how much longer they'll have to wait to find out.

Biden's potential candidacy was up for debate last week among a group of Democrats in Cedar Rapids, Iowa, the Boston Globe reports. Some Democrats in the key early-nominating state aren't waiting any longer for him.

"It was time to make a move," longtime Biden supporter Dave O'Brien told the Globe. O'Brien recently signed up to assist Hillary Clinton's presidential campaign. "I would feel horrible if Joe were to decide to run and I was not at his side, but my word is good and my commitment has been made," O'Brien said.

Meanwhile, the group Draft Biden -- a super PAC formed by the Democrats' grassroots supporters -- is ratcheting up its campaign to recruit the VP into the race. On Friday, the group released a digital ad in which a diverse group of people declare they are "ridin' with Biden."

"He is right now a part of one of the most influential administrations this country has seen in recent history, and he's a big reason for that success," one Biden supporter says in the ad.

Over the weekend, Draft Biden held a series of events as part of its National Day of Action, including meet-ups in Iowa, South Carolina, Virginia, California, Illinois, Biden's home state of Delaware, and elsewhere. Yet as the Boston Globe noted, the group has raised just around $80,000 in the last three months.

Biden has said he'll make a decision about entering the race by the end of the summer, though the longer he waits, the more difficult it will be to lock down support from big-name donors or build up campaign infrastructure.

But just last month, CBS News' Julianna Goldman reported that Biden was in no position to make a decision about 2016, given the recent death of his 46-year-old son Beau Biden.

"He's just not in the right state of mind" to think about the race, Goldman reported last month after talking to sources close to Biden.

At the same time, Goldman reported, "People around him think he'd be able to activate a donor network pretty quickly." Moreover, he as motivation to run: "He's passionate about the plight of the middle class," she said.

One big factor may be how well Clinton's campaign does this summer. Biden "doesn't want to get in just to be a sparring partner for Hillary Clinton," Goldman said.

Over the course of the past year, Biden has maintained a consistent base of support -- hovering around 10 percent -- among Democratic voters both nationally and in key states like Iowa and New Hampshire.

While Clinton has dominated the race for the Democratic nomination, there's clearly at least some thirst among Democrats for an alternative. Since outspoken liberal Sen. Bernie Sanders, I-Vermont, entered the race, his support among Democrats nationally has risen to nearly 20 percent.

Meanwhile, Clinton could become more politically vulnerable as Republicans continue to shine a harsh spotlight on her use of a private email account as secretary of state. More of her emails from her tenure in the Obama administration are slated to be released this week. And the issue is sure to come up when Clinton publicly testifies later this year before the House Select Committee on Benghazi.

The focus on her emails could keep Clinton from talking about issues that really matter to voters, Bloomberg Politics managing editor John Heilemann said on CBS This Morning on Monday.

"This issue is blotting out the sun for her in terms of her trying to get her message out," he said. The issue, he said, "will continue to dog her until she eventually has to answer every question -- as her husband likes to say, until the last dog dies."