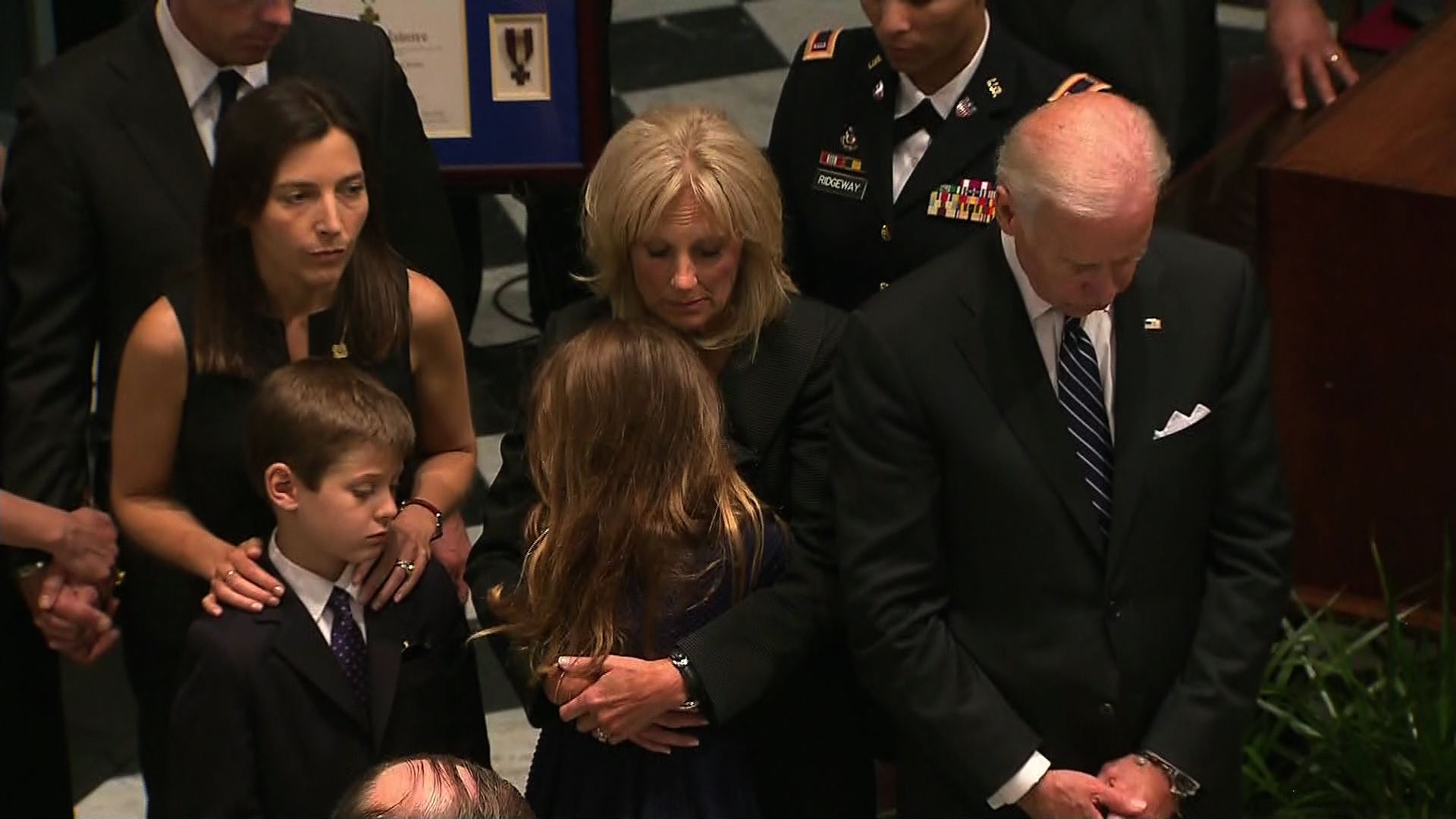 Beau Biden laid in honor in the Delaware Senate Chamber Thursday as people came to pay their respects and offer condolences to Vice President Joe Biden and his family.

The younger Biden, the former Delaware attorney general, died Saturday of brain cancer at the age of 46.

A number of Delaware politicians and other dignitaries came to speak about Beau Biden's life and comfort his extended family members, who formed a receiving line near the casket.

Delaware Gov. Jack Markell said the former attorney general was "a model for what a public servant should be" as well as a model husband, father and son.

Markell also talked about the close relationship between the vice president and his son, who was critically injured in the 1972 car crash that killed Joe Biden's first wife, Neilia, and his infant daughter, Naomi. His other son, Hunter Biden, was also badly hurt.

Joe Biden, who was the newly elected senator from Delaware, took his oath of office in the hospital at Beau's bedside.

"Your dad beamed with pride and love for you," Markell said. "Never has a son's love been so genuine and so deep."

In recognition of his service, including 12 years in the Delaware National Guard, Beau Biden was presented with the Conspicuous Service Cross. The highest award the State of Delaware can present, it recognizes heroism, meritorious service and outstanding achievement.

Many attendees spoke of how well-liked Beau was, a fact that was reflected in the bipartisan outpouring of support after his death.

A funeral Mass is planned in Delaware on Saturday, where President Obama will delivery the eulogy.