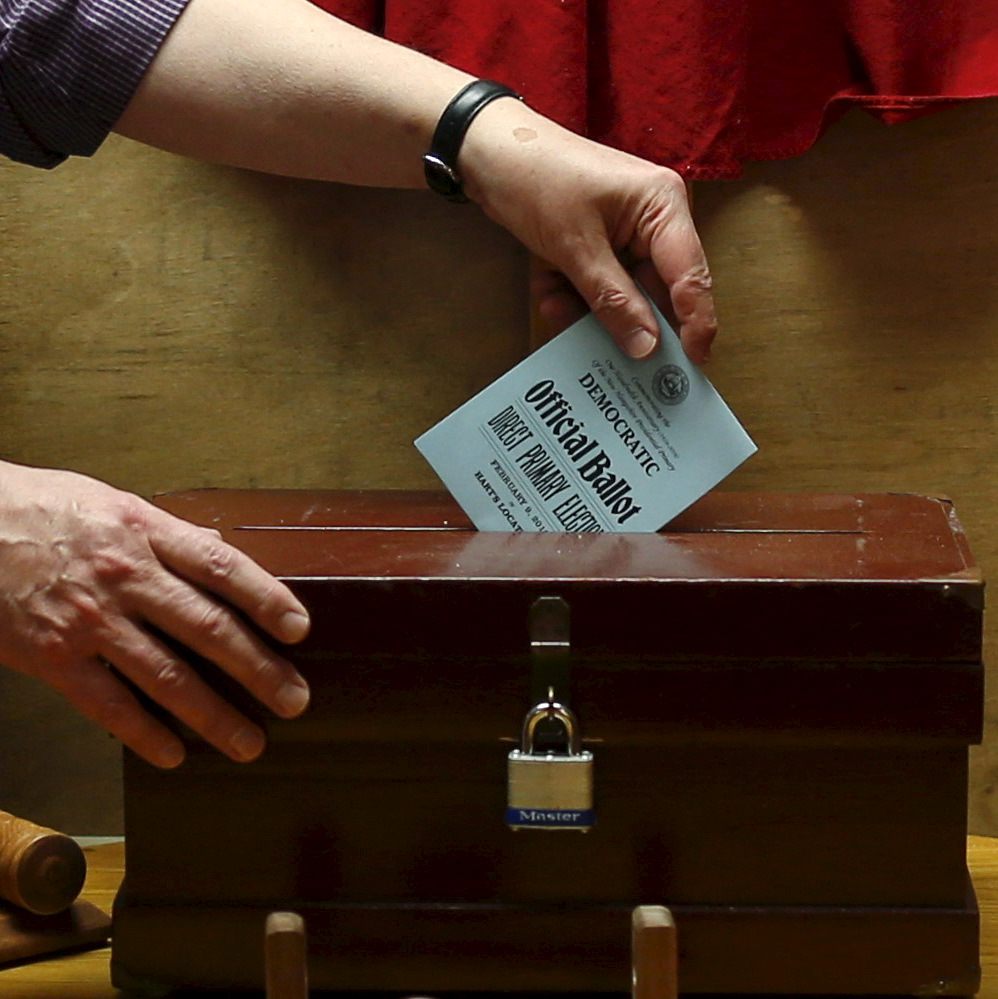 The New Hampshire primary is usually known as the graveyard of pollsters, but not this year. In this case, the polls generally got it right.

As predicted, businessman Donald Trump and Sen. Bernie Sanders, I-Vermont, carried the night by double-digit margins over their competitors. And that's just one of the main takeaways from the exit polls in this all-important first primary -- here are seven others:

Since President Obama's election there has been a lot of discussion about gridlock in Washington, brought on in part by the increasing polarization of the political parties. This type of deepening schism appears to have spread to the electorate as well. Whereas 53 percent of Republicans identified as conservative in 2012, four years later that number increased almost twenty percentage points to 71 percent.

Most New Hampshire GOP voters are conservative, but just about 27 percent identify as very conservative (far fewer than the 40 percent in the Iowa caucuses).

Trump won the backing of those who describe themselves as very or somewhat conservative (65 percent), followed by Texas Sen. Cruz (34 percent) and Florida Sen. Marco Rubio (28 percent). Twenty-seven percent of Republicans were moderate and of those, 32 percent voted for Trump and 28 percent supported Ohio Gov. John Kasich.

Similarly, on the Democratic side the percentage of voters identifying as liberal increased from 56 percent in 2008 to almost 70 percent in 2016. That said, Sanders' overarching support existed regardless of ideology, finding 60 percent support with both liberal and moderate/conservative Democrats.

In both cases, however, the first timers went with the winners. Among the Republicans, Trump won 36 percent of these voters, Kasich came in second with 19 percent, and Cruz came in third with 12 percent. On the Democratic side, almost eight in 10 first-time voters supported Sanders.

Regardless of party, most respondents agreed that the economy is the most important issue facing the nation. On the threat of terrorism, however, there was a notable disparity between Democrats and Republicans.

Following the terrorist attacks in Paris and San Bernadino late last year, terrorism became an increasingly important issue in this election. The exit polls show, however, that concern about a terrorist attack is not equally spread amongst Republicans and Democrats. Whereas 23 percent of GOP voters see terrorism as the most important issue in the election, only 10 percent of Democrats rated terrorism as a critical issue.

4. Is this the year of the outsiders?

In an election year in which so much focus was placed on the outsiders versus the establishment, exit polls showed that while the anti-establishment vote prevailed on the right, that wasn't necessarily the case on the left.

5. More than 40 percent of voters in both parties are independent

New Hampshire's semi-open primary is somewhat unique in that it allows voters who are registered as independents or unaffiliated to cast a vote in either of the party's primaries.

Independents didn't disappoint -- they made up more than 40 percent of the voters who turned out in both the Republican (42 percent) and Democratic (40 percent) primaries. While this was not quite as high as turnout in some recent New Hampshire primaries, it is clear that independents continue to matter more in the Granite State than in other states, including the first-in-the-nation caucus, where just 20 percent of voters are independents. Trump won among independents (32 percent), followed by Kasich (18 percent), and Bush and Cruz with 11 percent each. Sanders handily won with 70 percent of the independents.

Similarly on the Republican side almost six in ten respondents said issue position (58 percent) is more important than leadership qualities (40 percent). Among those who said issue position matters, 37 percent voted for Trump. Trump also won among those who feel leadership qualities are important garnering 31 percent of the vote, while Kasich got 20 percent.

It is commonly said that voters in New Hampshire take electability into account when they go to cast their ballot. And while some clearly do, it is not nearly as important a factor in decision making amongst either Republicans or Democrats as other issues.

Only 12 percent of GOP voters rated electability as a key factor in making their voting decision. Among those who did, Trump won 32 percent of the vote, followed closely by Rubio at 30 percent. In Iowa, Rubio also won those voters who most valued a candidate who could win in November.

GOP voters are not nearly as interested in electability, however, as they are in having a nominee who shares their values (35 percent), is capable of bringing about change (28 percent) or one who tells it like it is (24 percent). Trump was the top choice of both voters who want a change candidate (36 percent) and those who want a candidate who speaks his mind (65 percent), while Kasich and Cruz tied at 21 percent among those voters who want a candidate who shares their values.

Similarly, only 12 percent of Democratic voters stated that electability is key to their voting decision. Of those who did, an overwhelming number voted for Clinton (79 percent). The quality that mattered the most to Democrats was choosing a nominee who is honest and trustworthy (34 percent). Of those voters who value this quality, more than nine out of ten cast their ballot for Sanders.