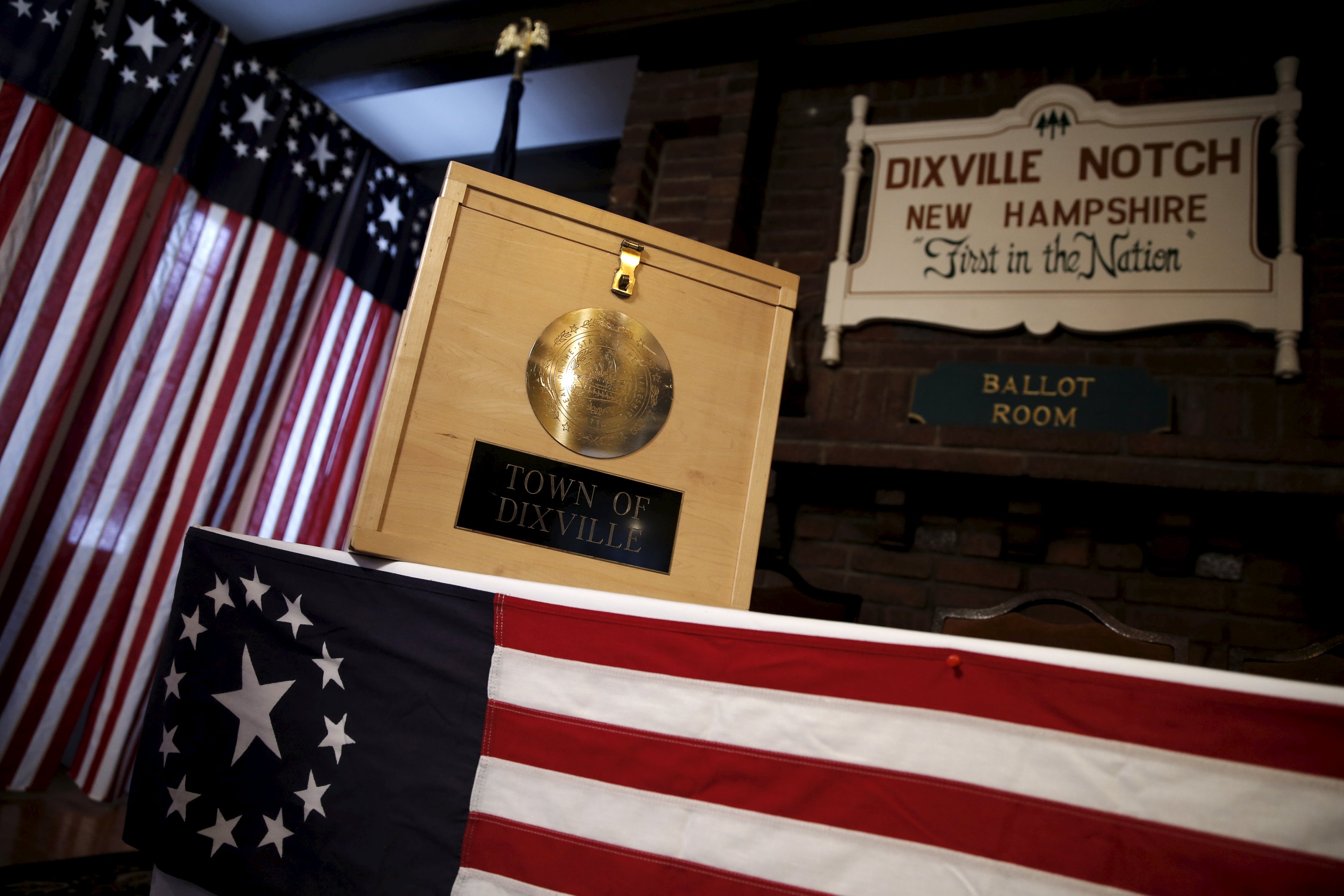 New Hampshire's independents always draw special attention, perhaps because they've swung primaries in the past, and probably because it makes for such a contrast coming right after the heated, ideologically-driven contests of Iowa. Here's a guide to their potential impact as you watch results in New Hampshire Tuesday night.

Their impact: They tend to moderate the partisans on either side.

Here's a look at how self-identified Republicans compared to self-identified independents in the 2012 primary. On fiscal issues, and especially on social issues, the independents were a lot more likely to call themselves moderate, while Republicans called themselves conservative. (Though, importantly, even New Hampshire's partisans aren't as conservative as they are in other states.) This also underlines the broader point that, in New Hampshire as elsewhere, people assign themselves ideological labels like "moderate" and "conservative" often more on social issues than on fiscal policy.

There's a difference between thinking of oneself as independent and being formally registered as one with the state. Officially, New Hampshire has more unaffiliated voters (what we often call "independents" as shorthand) than it has formal registrants of either party: 44 percent, compared to 30 percent Republicans and 26 percent Democrats.

Most of the time, though, the discussion you hear about independents centers on what's determined by affect: how people think of themselves in their own minds, or what we often call "self-identified."

It was similar in 2008, for the Democrats, when 24 percent of the registered independents participating in the Democratic primary considered themselves Democrats -- as the party they personally "identified" with -- despite their registration on file. And 19 percent of voters who thought of themselves as Democrats were, in fact, officially registered as unaffiliated/independent.

Who's winning them this year?

This year the gaps appear to be larger between partisans and independents on the Democratic side than the Republican. Donald Trump has had roughly the same percentage, and same lead, among independents and Republicans in our pre-election polling.

Bernie Sanders' lead in New Hampshire has so far relied much more on overwhelming support among independents, while he and Hillary Clinton have been about even among Democrats. That'll be a key factor to watch Tuesday night: if Sanders shows even or a lead among Democrats in the early exit polls, he could be on his way to a win.

Expect a closer race between Sanders and Clinton if the number of independents in their primary is considerably lower than the number of Democrats.

They go where the action is. (This year, that's everywhere - or is it?)

Here's an example of how unaffiliated voters broke in 2008, when both parties had contested primaries, and in 2012, when only the Republicans had one. In the latter, the unaffiliated went overwhelmingly into the contested GOP race. In 2008, perhaps drawn by the Obama campaign's strong get-out-the-vote operation, they broke in favor of the Democratic race.

This year we might expect something closer to an even split between independents choosing either the Republican or Democratic contests, as both are contested. Yet both contests also show a front-runner with a large polling lead: Trump on the Republican side and Sanders on the Democratic side. Independents whose sole desire is to make a difference might not have any clear sense of which to choose. And that's a bit of a wild card heading in.

Can they really swing a primary?

Perhaps most famously, they were decisive in 2008 and 2000, when John McCain won New Hampshire and was even or down among self-identified Republicans, but led among independents.

In 2012 Romney won Republicans handily, while things got much closer between him and Ron Paul, who edged him by a point among independents. On the Democratic side, Barack Obama carried independents in 2008 but it wasn't enough to overcome Hillary Clinton's lead among Democrats. In 2000, Bill Bradley took independents, but Al Gore carried Democrats by a wider margin.