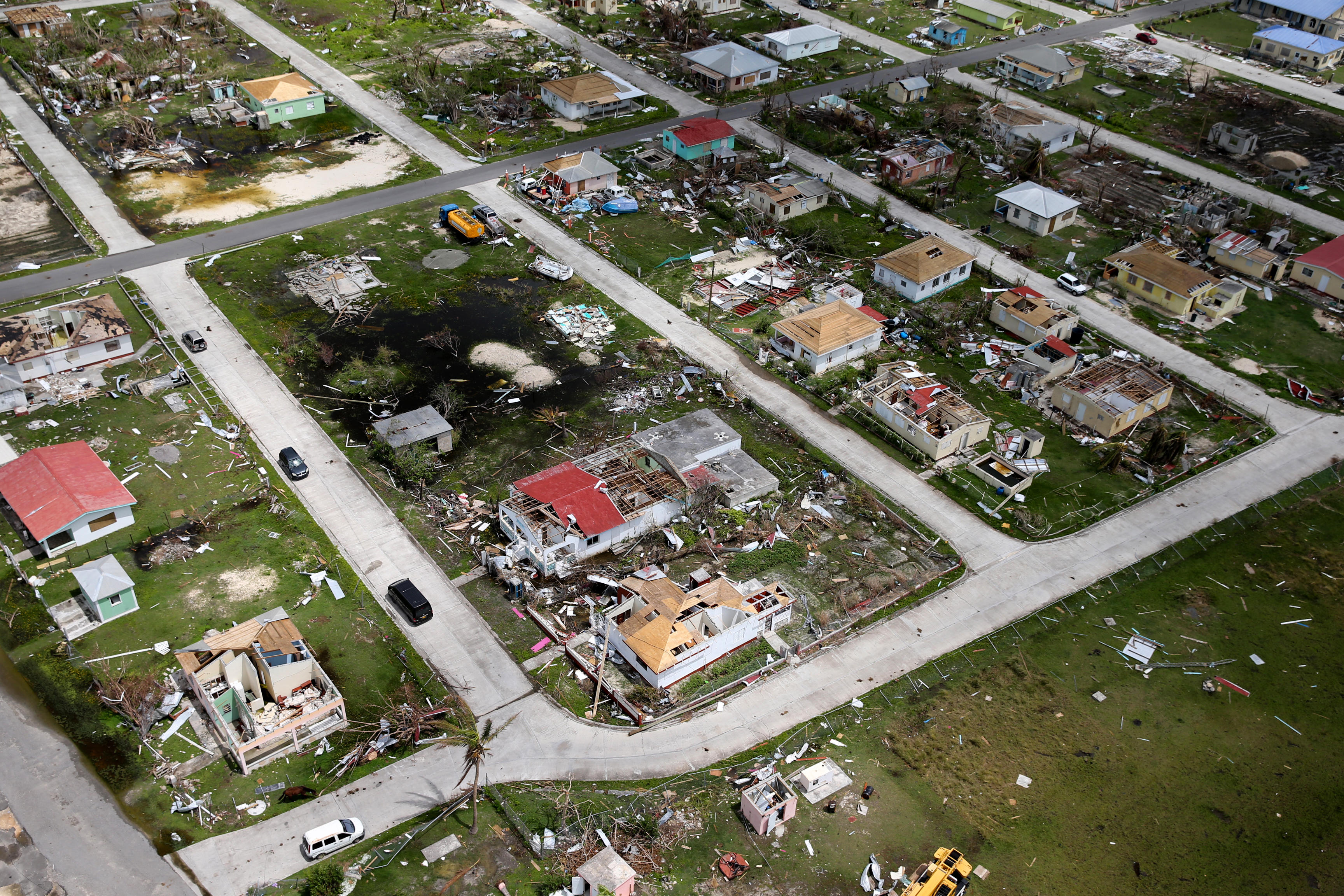 UNITED NATIONS -- Secretary-General Antonio Guterres is heading to the hurricane-battered Caribbean, where he said Wednesday that scientists predict the extreme storms during this year's Atlantic hurricane season "will be the new normal of a warming world."

The U.N. chief told reporters that Hurricane Irma, which devastated Barbuda, was a Category 5 storm for three consecutive days -- "the longest on satellite record" -- and its winds that reached 300 kilometers per hour for 37 hours were "the longest on record at that intensity."

Hurricanes Harvey and Irma marked the first time two Category 4 storms made landfall on the United States mainland in the same year, Guterres said, and Hurricane Maria, a Category 5 storm, followed up by decimating Dominica and devastating Puerto Rico.

The secretary-general said "scientists are learning more and more about the links between climate change and extreme weather."

A warmer climate "turbocharges the intensity of hurricanes," which pick up energy as they move across the ocean, he said. "The melting of glaciers, and the thermal expansion of the seas, means bigger storm surges" and with more people living along coastlines "the damage is, and will be that much greater."

Guterres said the world has "the tools, the technologies and the wealth to address climate change, but we must show more determination in moving towards a green, clean, sustainable energy future" -- and in stepping up implementation of the 2015 Paris climate agreement.

Guterres made the point during the recent General Assembly that the world - and the U.S. in particular - need to stick with the Paris climate agreement, CBS News' Pamela Falk reports from the U.N.

The secretary-general said he will travel to Antigua and Barbuda and Dominica on Saturday to survey the damage and assess what more the United Nations can do.

Stephen O'Malley, the U.N. resident coordinator for Barbados and the Organization of Eastern Caribbean States, said Tuesday that the United Nations, World Bank and Antigua government have conducted a post-disaster needs assessment for Barbuda, whose 1,800 residents were evacuated to Antigua before Hurricane Irma damaged 95 percent of its structures on Sept. 14.

He said a similar assessment will be done in Dominica, which was ravaged on Sept. 18 by Hurricane Maria, probably in about three weeks.

Guterres said the response to the $113.9 million U.N. appeal to cover humanitarian needs in the Caribbean for the immediate period ahead has been poor and he urged donors "to respond more generously in the weeks to come."

He also stressed that "innovative financing mechanisms will be crucial" to enable these small islands to recover, rebuild and "strengthen resilience."